WASHINGTON, D.C.—House Republican Whip Steve Scalise (R-La.) hosted seven of his colleagues, Reps. Kelly Armstrong (R-N.D.), Ben Cline (R-Va.), Ron Estes (R-Kan.), Lance Gooden (R-Texas), David Kustoff (R-Tenn.), Carol Miller (R-W.Va.), and Denver Riggleman (R-Va.) for the 11th Annual Offshore Energy Tour. The delegation visited Hess’s Stampede offshore oil platform to learn firsthand how the nation’s energy resources are safely produced in the Gulf of Mexico. Hess is one of the largest operators in the Gulf producing almost 22 million barrels of oil each year. During the tour, the members of Congress learned how companies like Hess are investing billions of dollars in the Gulf to supply nearly a quarter of the nation’s domestically-produced oil and natural gas.

View several photos from the tour below and click here to read Townhall’s full reporting of this trip.

1. Whip Scalise and his colleagues traveled by helicopter from south Louisiana to Hess’s Stampede platform, which is about 100 miles off the coast. 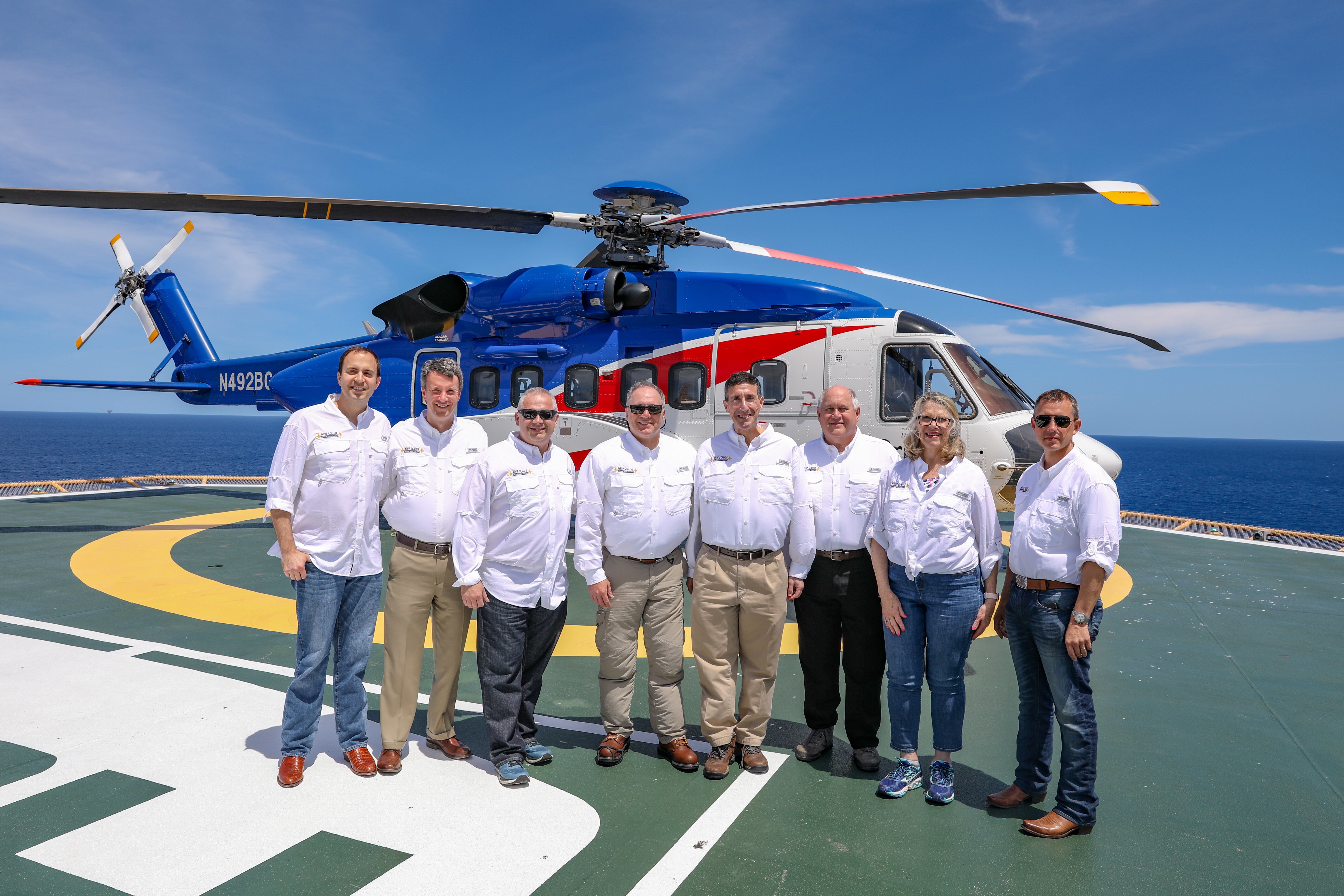 2. As they traveled to the rig, the members of Congress were able to enjoy a bird’s eye view of both the Stampede production platform and the Ocean BlackRhino drillship. The drillship is responsible for drilling the oil wells while the Stampede platform produces the crude oil. 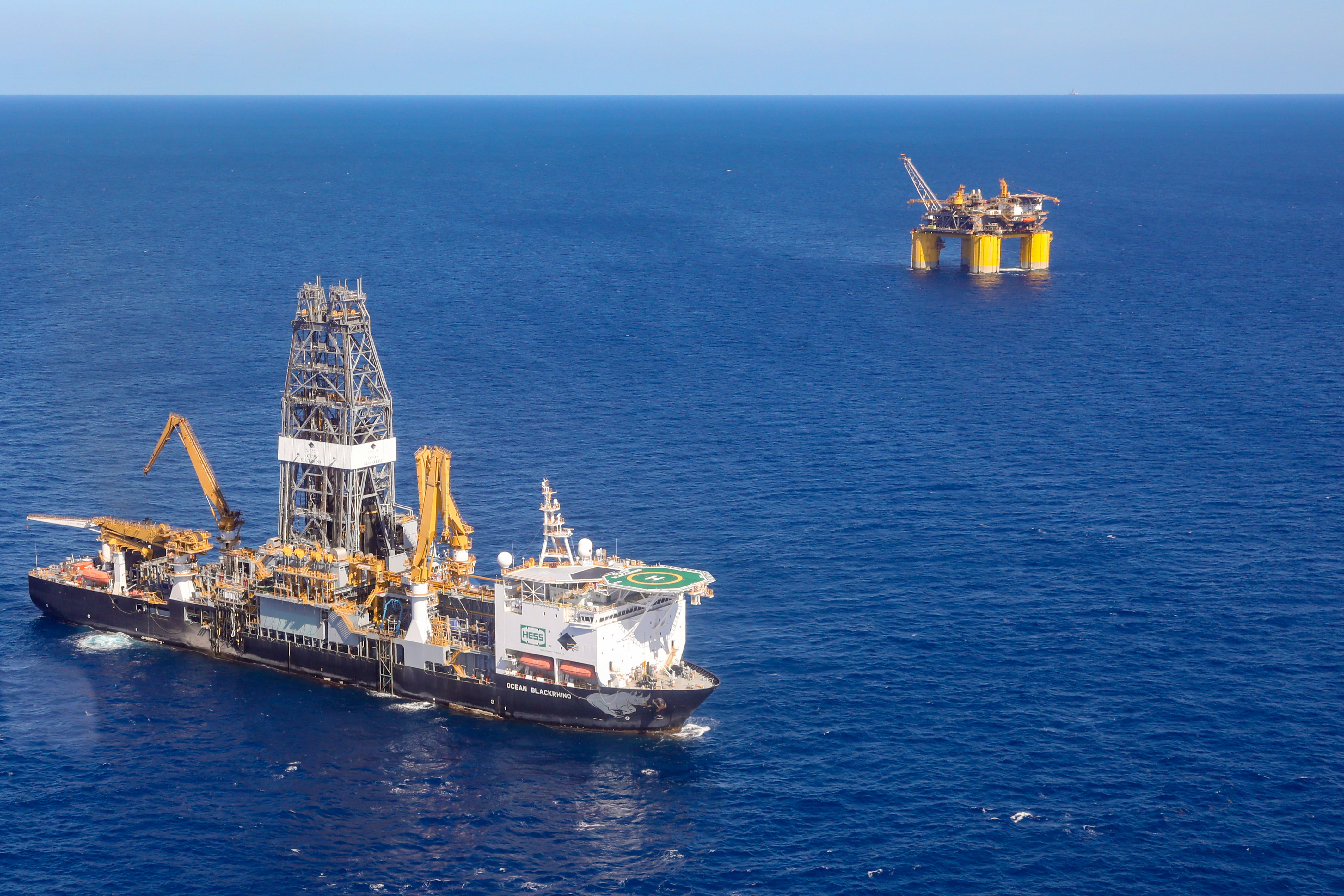 3. Whip Scalise always enjoys the opportunity to educate his House colleagues on Louisiana’s rich energy resources in the Gulf of Mexico. Hess’s oil fields in the Gulf produce nearly 60 thousand barrels of oil per day. 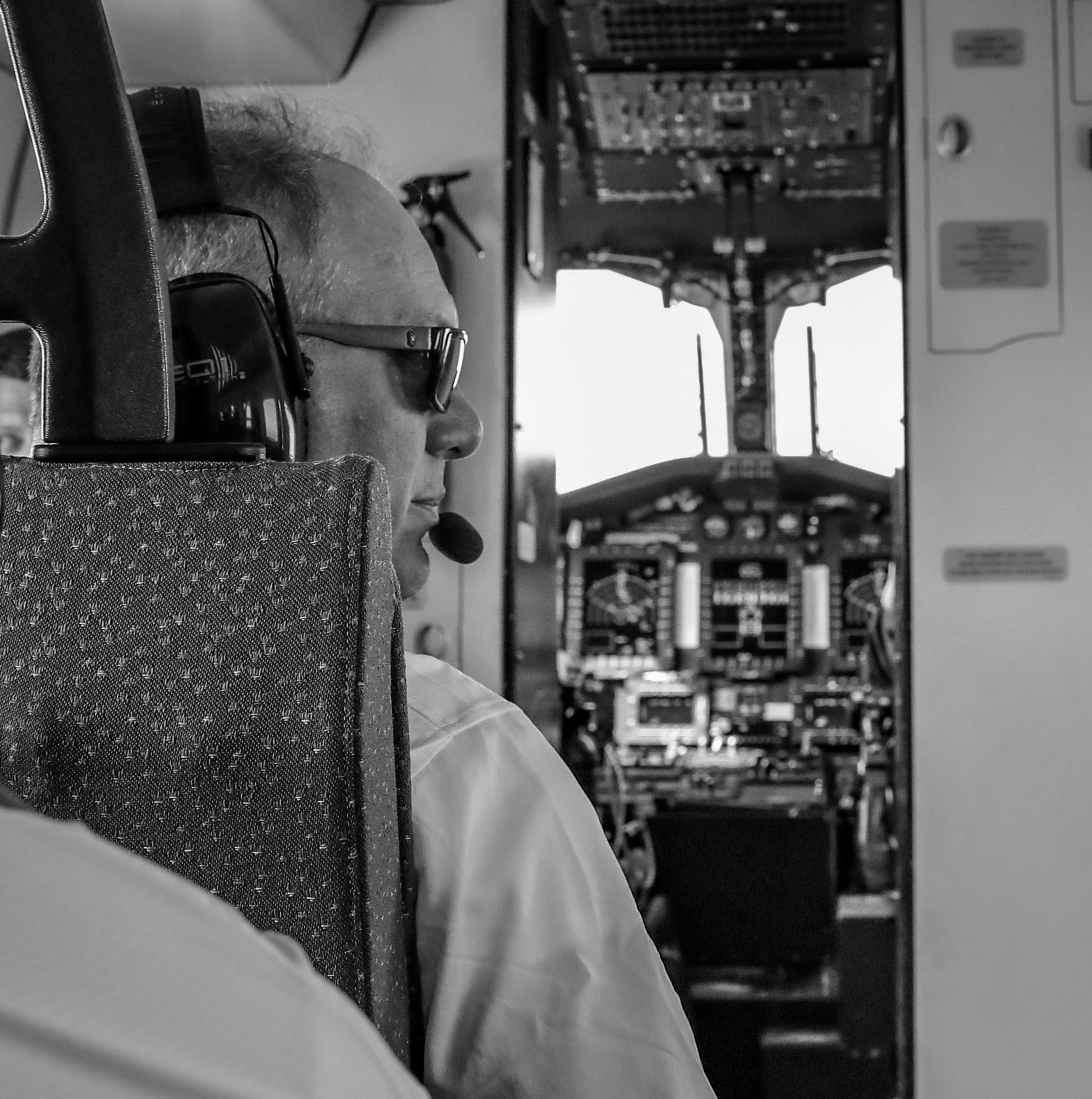 4. Before beginning their tour of the rig, the Congressional delegation was briefed on the important procedures that must be followed for their safety and the daily safety of all the crew members on the rig. 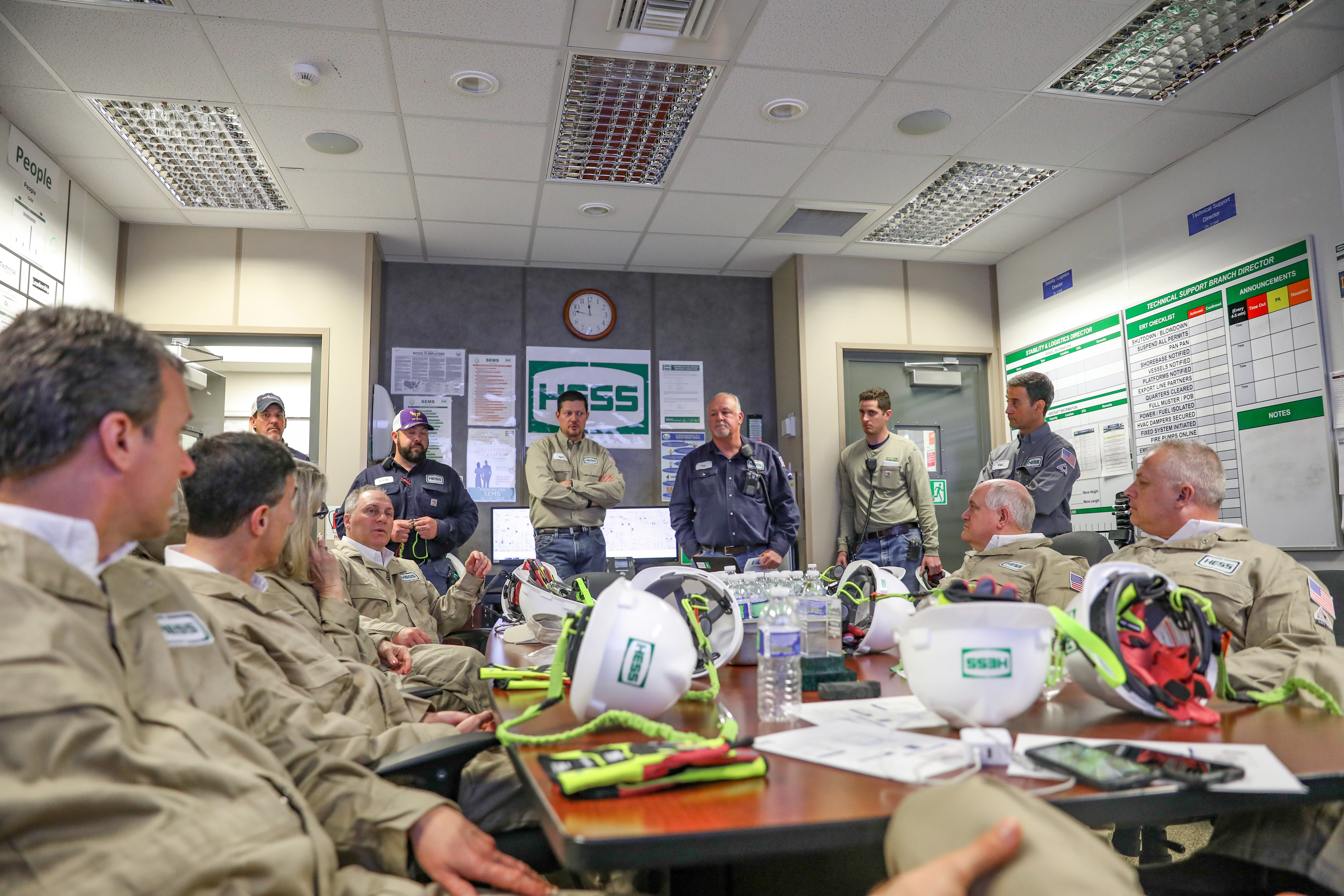 5. Whip Scalise pointed out that almost a quarter of America’s oil and natural gas production occurs in the Gulf of Mexico. 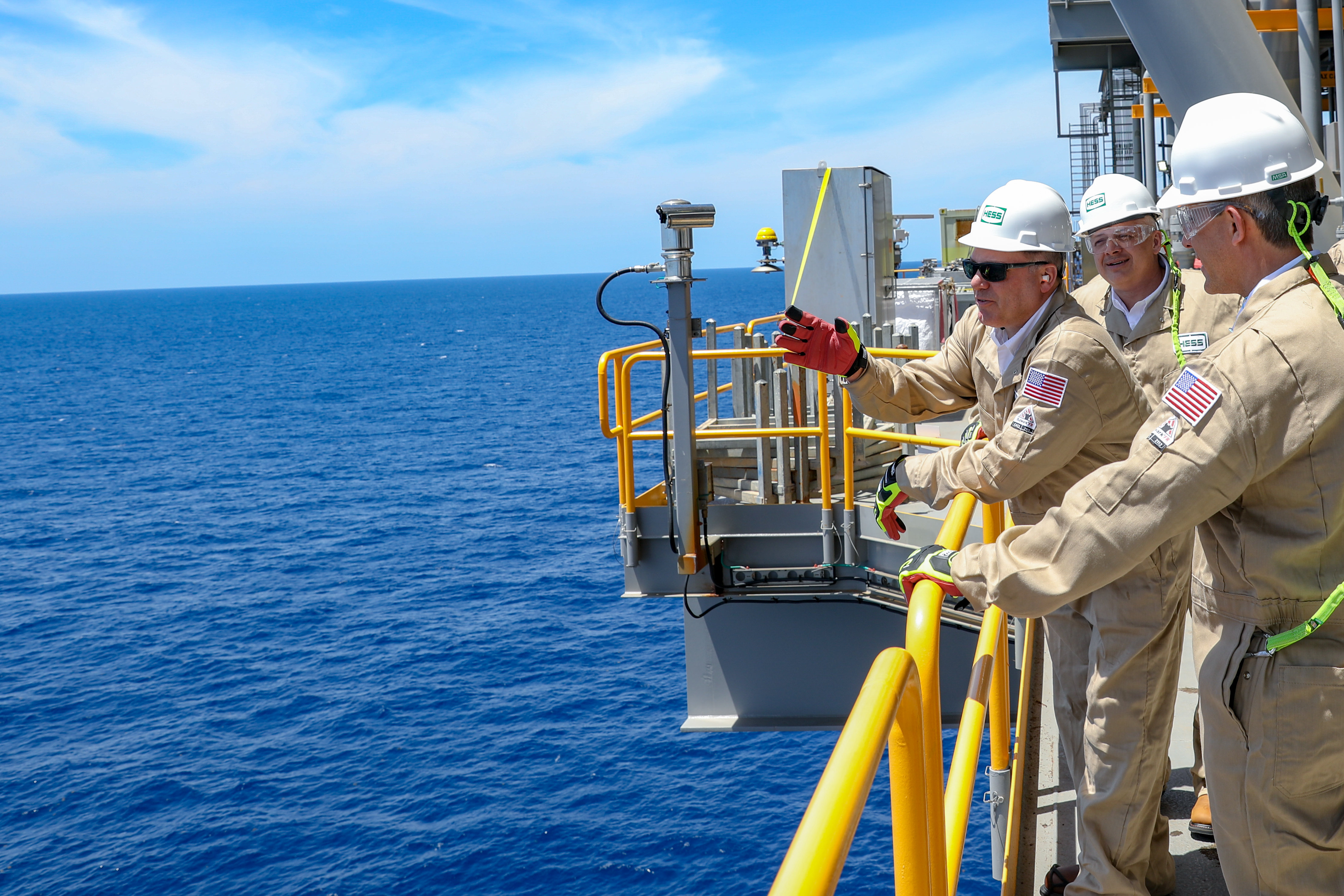 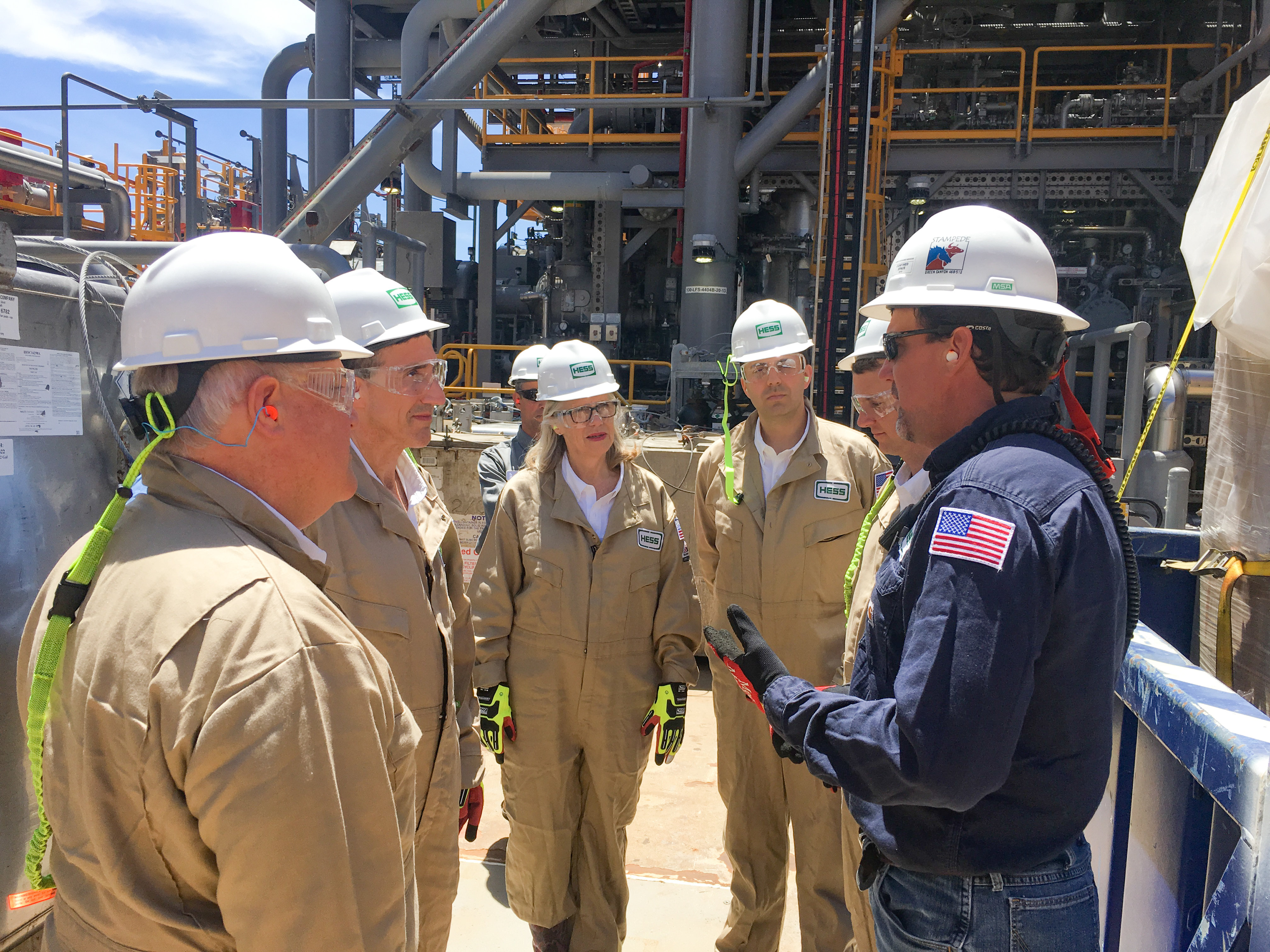 7. Representative Armstrong and Whip Scalise discussed with Hess the potential for future development of America’s rich natural resources in the Gulf. 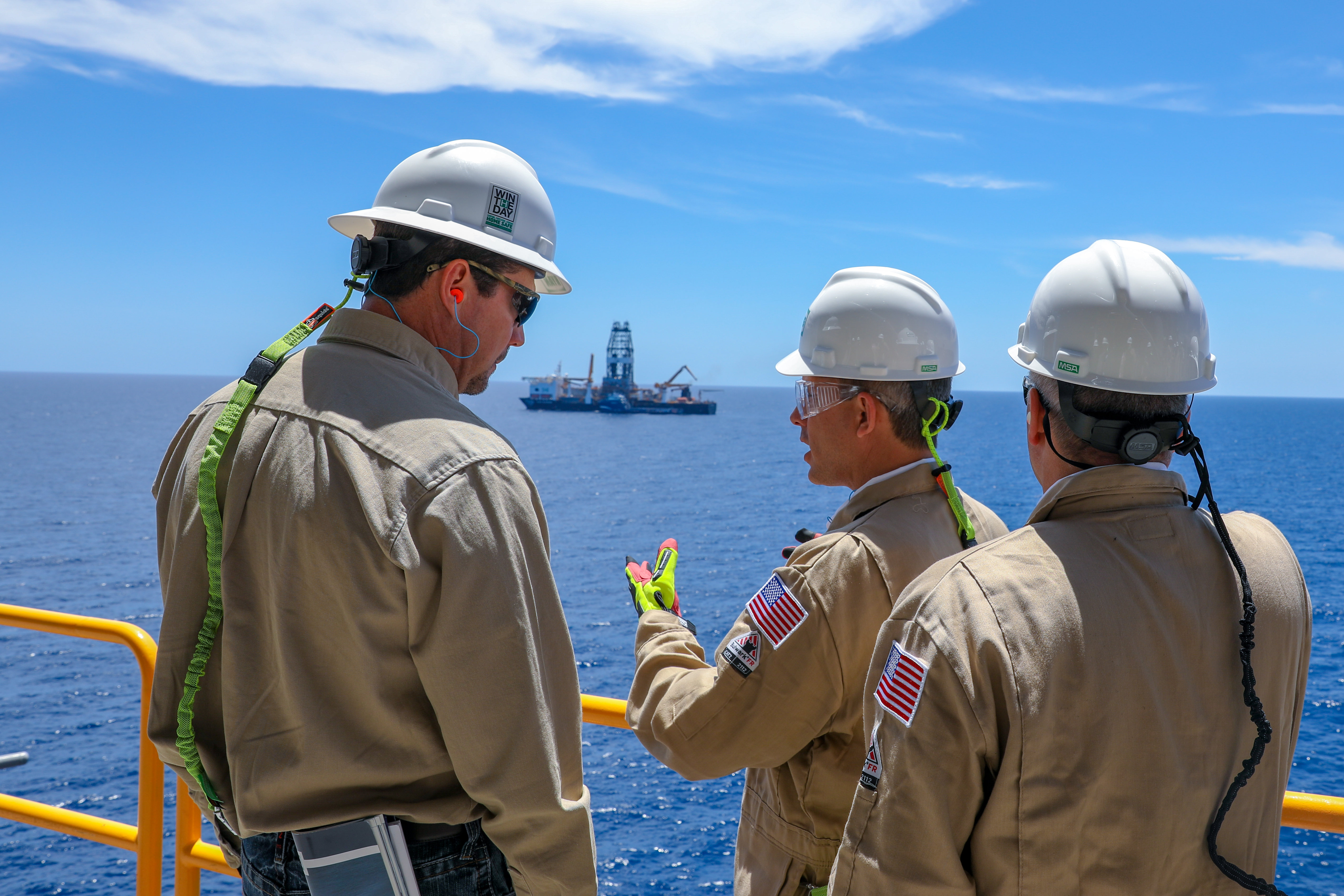 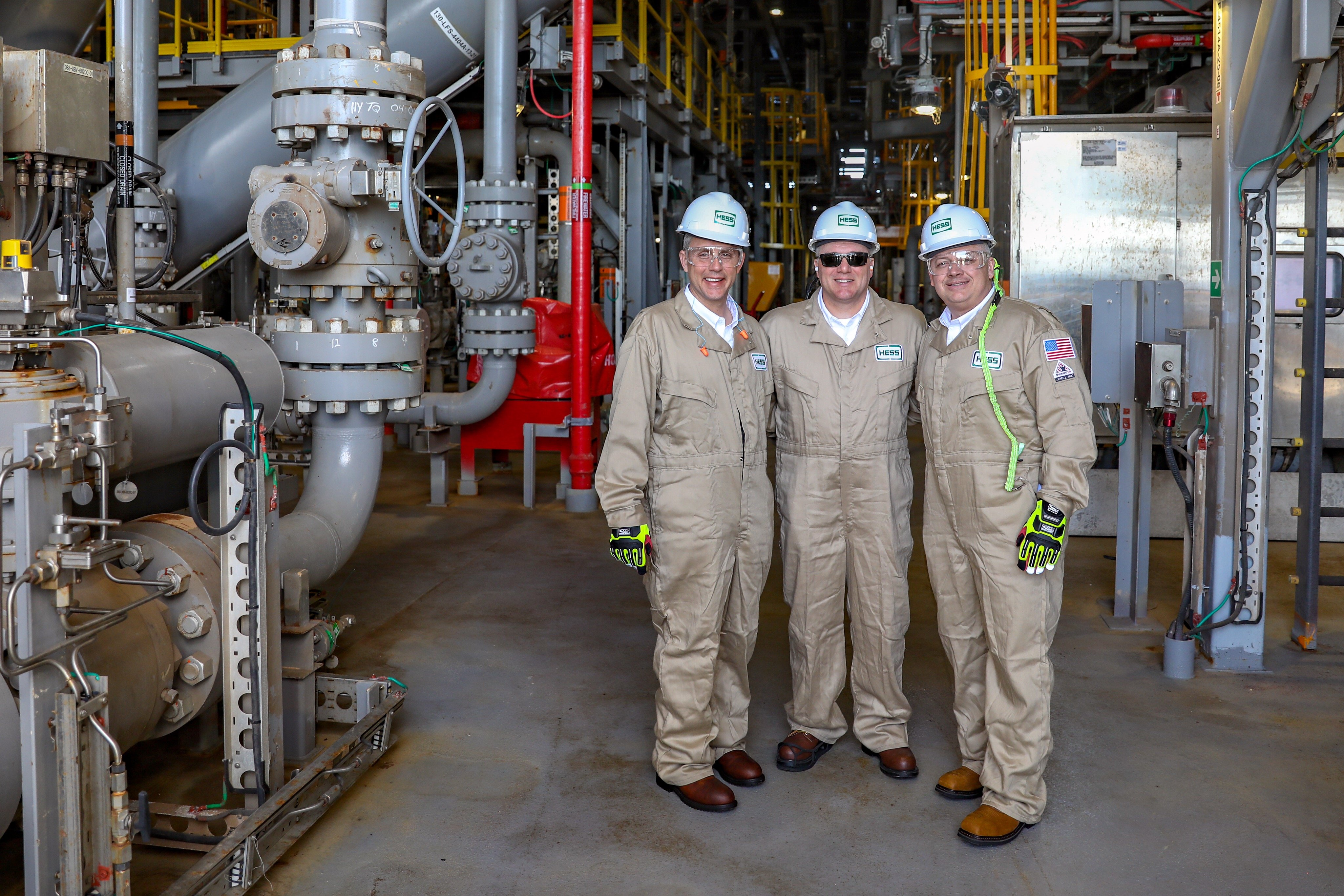 9. As the delegation toured different parts of the platform, the Hess team always stressed the importance of safety and the different protocols that must be followed while on the Stampede platform. 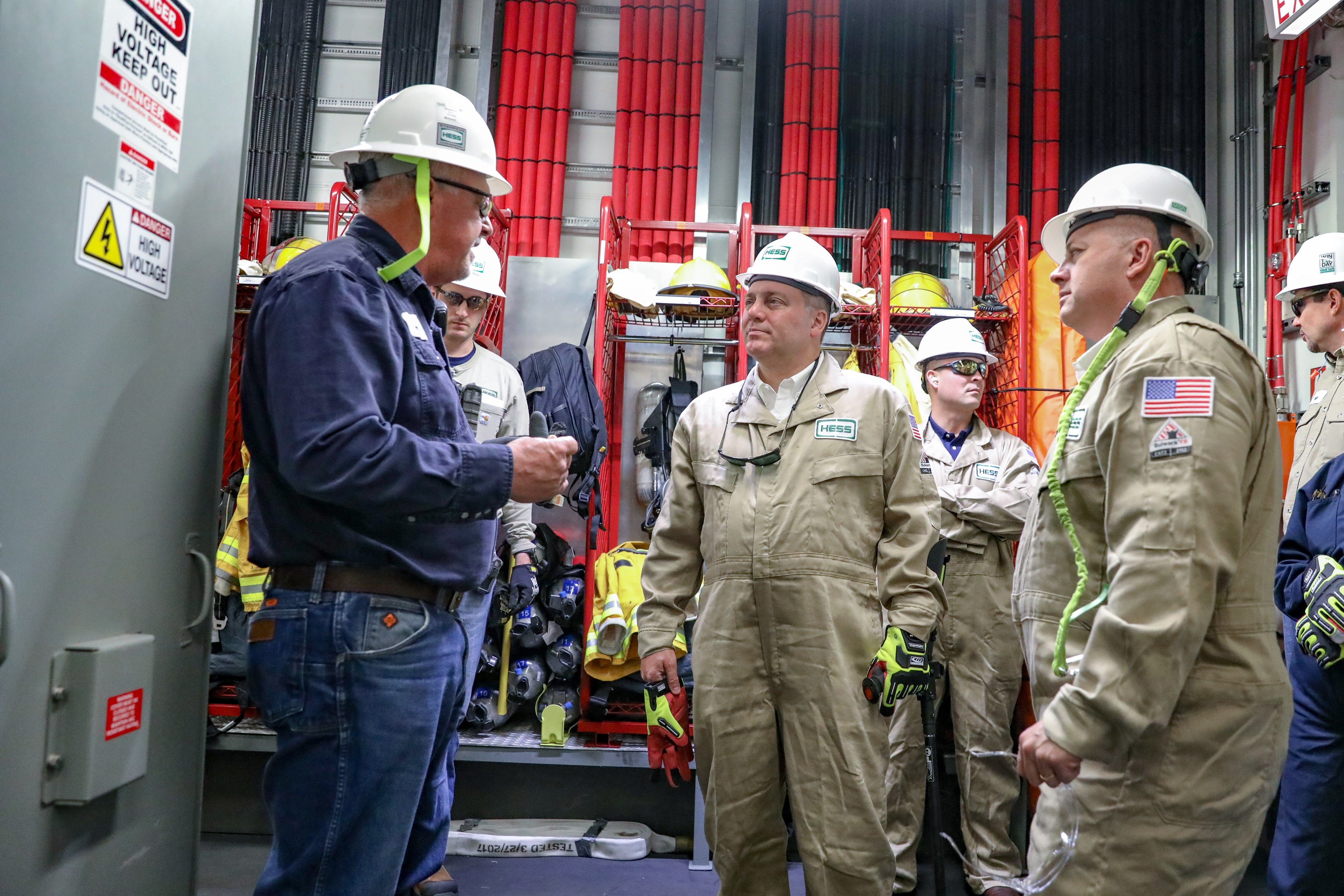 10. Following their tour of the Stampede platform, the delegation joined a roundtable discussion with representatives from the offshore energy and maritime industries. The members of Congress gained insight from Louisiana’s experts and shared their own visions for American energy independence. 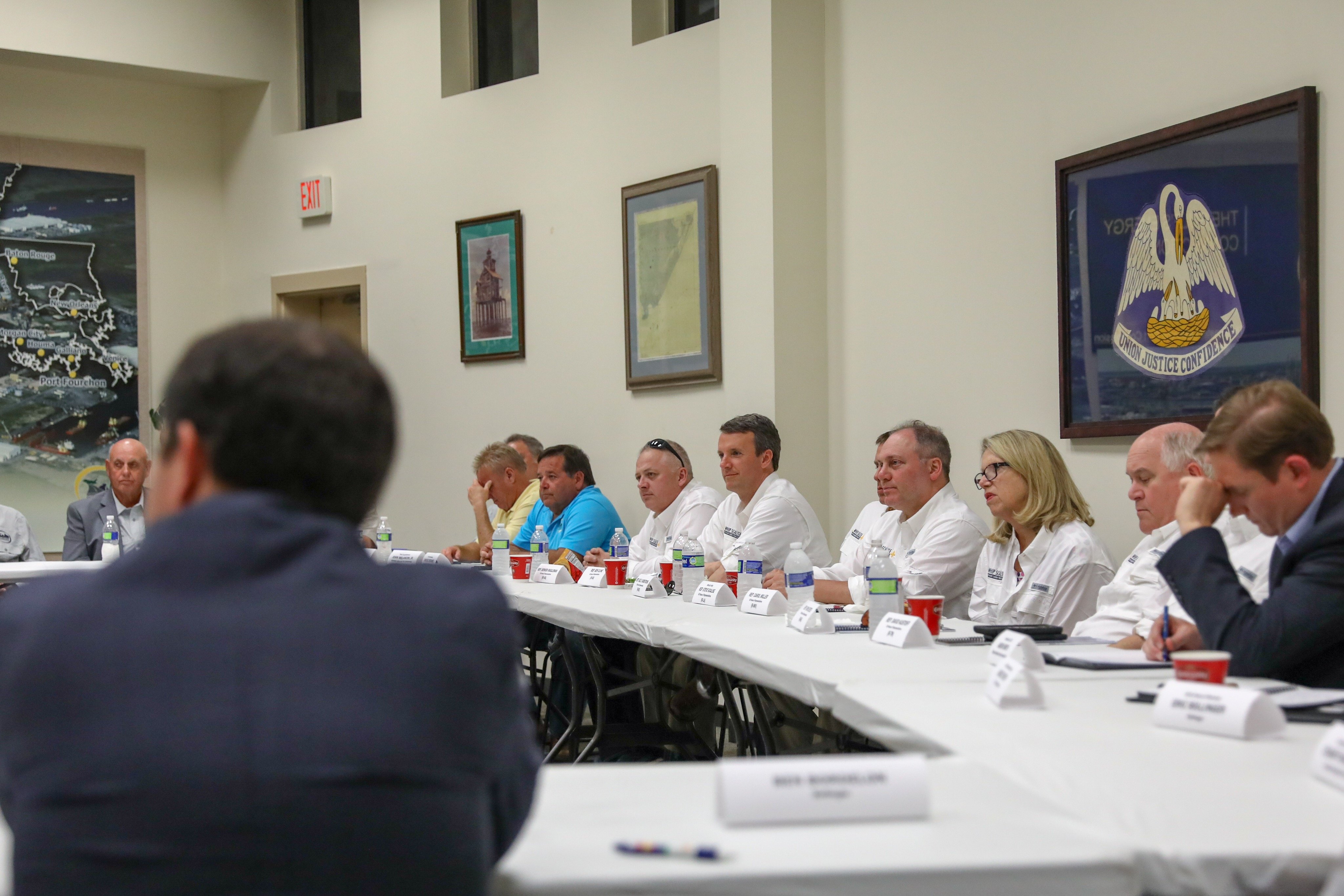