$40 Billion to the Department of Energy For Solyndra-Style Loans

Section 30441 increases the Department of Energy’s (DOE) loan guarantee authority to $40 billion and rushes the loan timeline by shrinking it from ten to five years. This increases the risk for waste, fraud, and abuse. 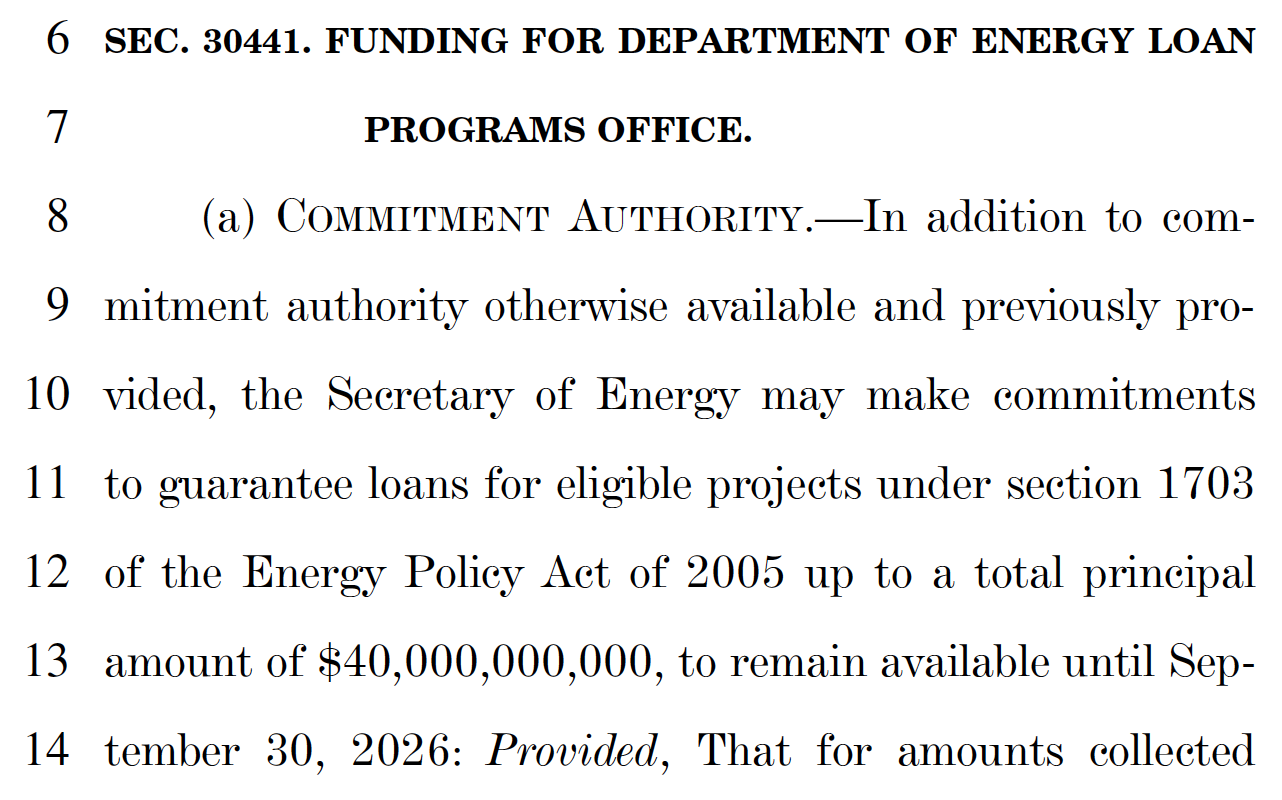 Giving the Department of Energy’s loan program office $40 billion, with little to no oversight, would recreate President Obama’s Solyndra scandal on steroids.

In 2011, Solyndra officials used inaccurate information to mislead the DOE in its loan application. After it received a loan for $535 million, Solyndra filed for bankruptcy, leaving American taxpayers holding the bill.

In a letter to House and Senate committee leaders, the DOE’s Inspector General sounded the alarm on the potential for waste, fraud, and abuse by giving this amount of money to the DOE for its loan program. 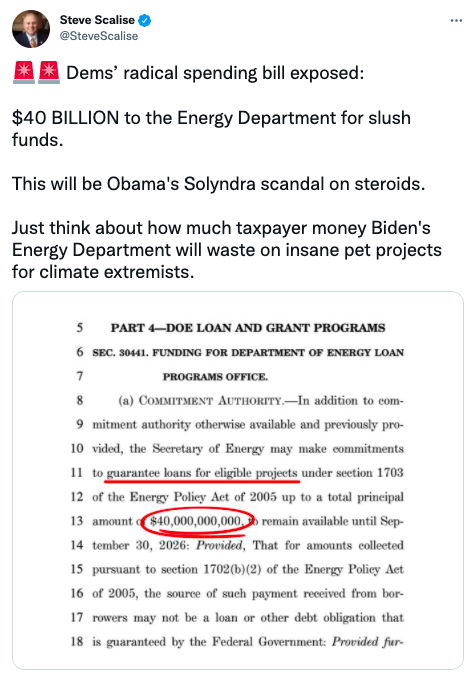 BOTTOM LINE: Democrats adding more funds to DOE’s loan guarantee program is a recipe for financial mismanagement and absolute chaos. Giving the DOE unchecked authority over tens of billions of dollars allows it to fund risky pet projects for climate extremists or invest in faltering companies that would go bankrupt and cost U.S. citizens hundreds of millions of dollars.