TOPLINE: It’s crisis after crisis in the United States. Gasoline, car, and food prices are skyrocketing, millions of Americans feel unsafe in their communities because criminals are taking advantage of Democrats’ “Defund the Police” movement, and illegal immigrants are capitalizing on President Biden and Speaker Pelosi’s pro-amnesty policies. Democrats’ far-left, socialist agenda will do irreparable harm to our country.

Famed economist Milton Friedman once said that “inflation is taxation without legislation.”

The Department of Labor’s June Consumer Price Index shows that prices rose 5.4 percent over the last year — the fastest rate in the past 13 years.

Americans are paying more for everyday goods and services.

Prices are rising faster than paychecks, and the impact disproportionately hurts families with lower incomes.

Now, President Biden and his far-left allies in Congress are attempting to ram through the most significant tax increase and spending plan in American history on a simple party-line vote.

Families, workers, and small businesses will continue to suffer unless Democrats change their ways and stop trying to enact their socialist wish list.

Democrats Own the “Defund the Police” Movement

As crime is spiking cities across the country, it’s disturbing that House Democrats want to continue their efforts to defund the police.

One of Speaker Pelosi and Congresswoman Alexandria Ocasio-Cortez’s top lieutenants, Congresswoman Cori Bush, has championed defunding the police but has spent nearly $70,000 on her private security detail.

Democrats’ hypocrisy extends beyond the hallways of Congress.

Liberal mayors will defund their city’s police departments – putting the citizens they were elected to represent at risk – but then hire private security for themselves.

In addition, ambush-style attacks on law enforcement officers this year have increased by 91 percent compared to the same period in 2020.

Sadly, there have been over 170 officers that have died in the line of duty so far this year.

Joe Biden and Nancy Pelosi fail to see how their far-left policies and hateful rhetoric have led to a historic increase in crime and a record number of police departments struggling to recruit new officers. We are less safe because of the Democrats’ anti-police agenda.

In the first two weeks of July, there was a 900 percent increase in the number of illegal immigrants testing positive for COVID-19 in the Rio Grande Valley Sector, the epicenter of the border crisis. 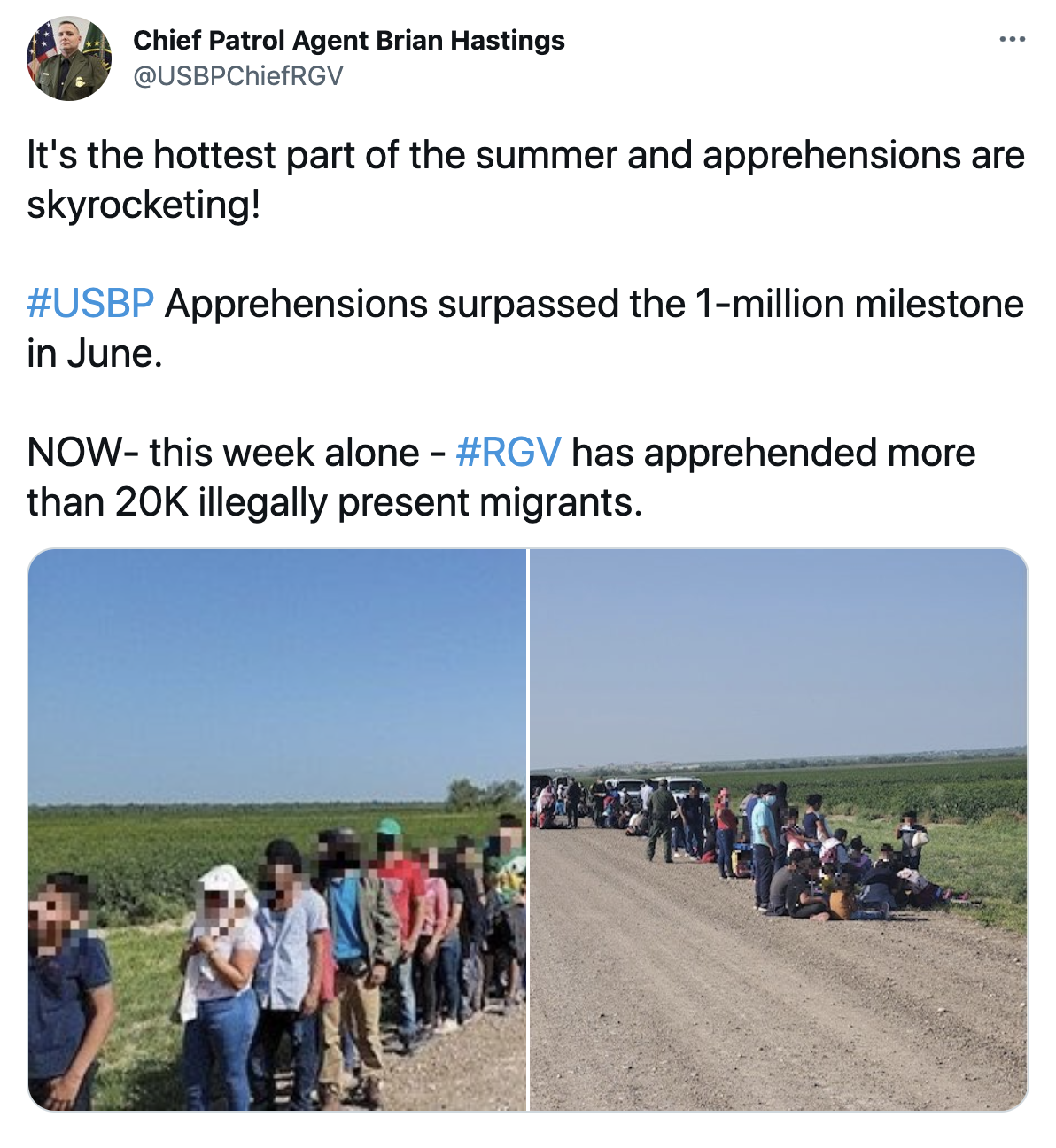 Nearly 30 percent of illegal immigrants being held by Immigration and Customs Enforcement have refused to receive the COVID-19 vaccine.

Axios reports that about “50,000 migrants who crossed the southern border illegally have now been released in the United States without a court date.” Although the captured migrants are told to report to an Immigration and Customs Enforcement office, just 13 percent of these migrants have followed directions.

This means that over 40,000 captured migrants did not show up for their court date. Why would the Biden Administration believe that migrants caught breaking the law would appear at the government agency responsible for their deportation?

If President Biden doesn’t want to see the COVID-19 pandemic get worse through the delta variant or the lambda variant, which was first identified in Peru but is now present in the U.S., he would take every precaution to keep migrants from entering the United States.

Unfortunately, the Biden Administration is not taking every measure to protect the American people. The administration has allowed migrants with COVID to enter the United States, refuses to enforce immigration laws on the books, halted construction of the border wall, reimplemented “catch and release,” and canceled asylum agreements.

COVID cases – with the Biden Border Variant, Lambda – are rising in communities along the southern border and spreading to other parts of our country because President Biden refuses to bring back President Trump’s successful border security and immigration policies.

BOTTOM LINE: It’s time for President Biden and Speaker Pelosi to take responsibility for their self-made crises. Democrats’ far-left policies have led to an unprecedented but predictable rise in inflation, an increase in violent crime, and a surge of migrants attempting to enter the United States illegally.