WASHINGTON, D.C.—House Republican Whip Steve Scalise (R-La.) delivered a speech today at the Congressional Gold Medal Award ceremony in honor of Steve Gleason. Whip Scalise congratulated his friend for receiving the prestigious award in recognition of his inspiring leadership and tireless work to help others living with diseases like ALS achieve their full potential.

Whip Scalise discussed his efforts to pass the Steve Gleason Act, which helps patients battling ALS speech impairments gain access to speech-generating devices. This achievement was permanently extended in 2018 through the Steve Gleason Enduring Voices Act of 2017, legislation he helped introduce and pass in Congress. 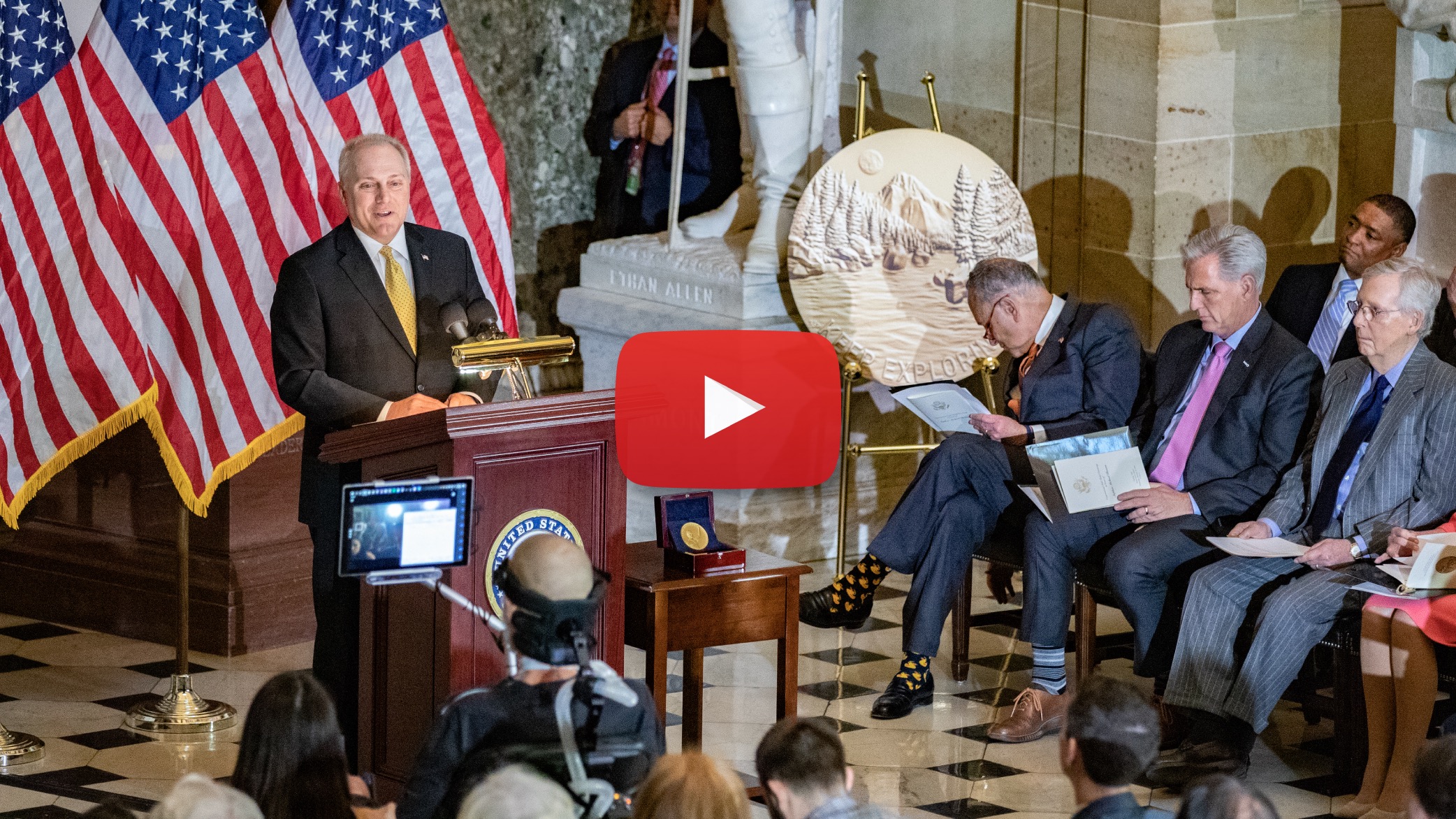 Click here or on the image above to watch the remarks.
Full remarks:

“Welcome everyone, especially Steve Gleason, Michel, the whole family, all of our friends from New Orleans, and everybody who’s rooted for what Steve Gleason represents. I was in the Superdome with my wife, Jennifer, the first game that the Saints returned to New Orleans after the destruction of Hurricane Katrina. At the time, I was serving in the Louisiana State House, and I was on the Appropriations Committee. Just months before, we had voted to spend over $300 million to rebuild the Superdome. Surprisingly, it was actually a controversial vote at the time.

“Some were saying, ‘How can you spend money on a sports arena when people aren’t even in their homes?’ I know y’all remember that. But for most of us, we knew that if the Saints did come back, it would encourage others to come back. And come back to New Orleans they did!

“So, the Saints’ return to the Superdome was already a very emotional night for the strong and resilient people of New Orleans. But when Steve Gleason blocked the Atlanta Falcons’ punt and the ball was recovered for the first touchdown that night, the announcers did not need to say a word, they just let the crowd roar. And roar we did! That blocked punt, at the same site as some of the most horrible days of post-Katrina, gave us hope.

“The comeback of New Orleans was punctuated by the action by Steve Gleason. We built a statue of him in front of the Superdome, titled ‘REBIRTH.’

“Gayle Benson – what you and your beloved late husband Tom did to bring the Saints back to New Orleans, gave us hope.

“Drew Brees – what you and your fellow teammates did, both on AND off the field, gave us hope.

“Through the Steve Gleason Act, which was talked about already, Steve helped permanently secure access to speech-generating devices for people with ALS, literally giving a voice back to the voiceless. Now, think about this, he already had his device that he worked with Microsoft to develop – incredible American-made technology that gives people a voice. But there was a change in federal policy that stopped funding for those devices for other people. Steve didn’t just sit back and say ‘I’ve already got mine.’ He actually took the lead to champion the effort to change law.

“Steve has an incredible gift for inspiration — for the people and the cities who need it most. When he blocked that punt in New Orleans, there was not a dry eye in the Superdome, my wife Jennifer and I can attest to that. But those were tears of joy.

“Steve inspired us that night and he continues to inspire us every single day in his fight against ALS. I’m proud to call Steve Gleason my friend and I can’t think of anyone who deserves the Congressional Gold Medal more than Steve. Congratulations to you, my friend.”