WASHINGTON, D.C.—At the House Leadership stakeout today, Majority Whip Steve Scalise (R-La.) stressed the importance of the House’s work to fully fund our nation’s military through the appropriations process for the first time in a decade, rather than through a short-term spending bill. He also stressed the economic success the country has seen under Republican pro-growth policies and the House’s efforts to build on this success with the Tax Cuts 2.0 package it will be voting on this week. Finally, Scalise urged the Senate to finish its confirmation proceedings and vote to confirm Judge Brett Kavanaugh for the Supreme Court. 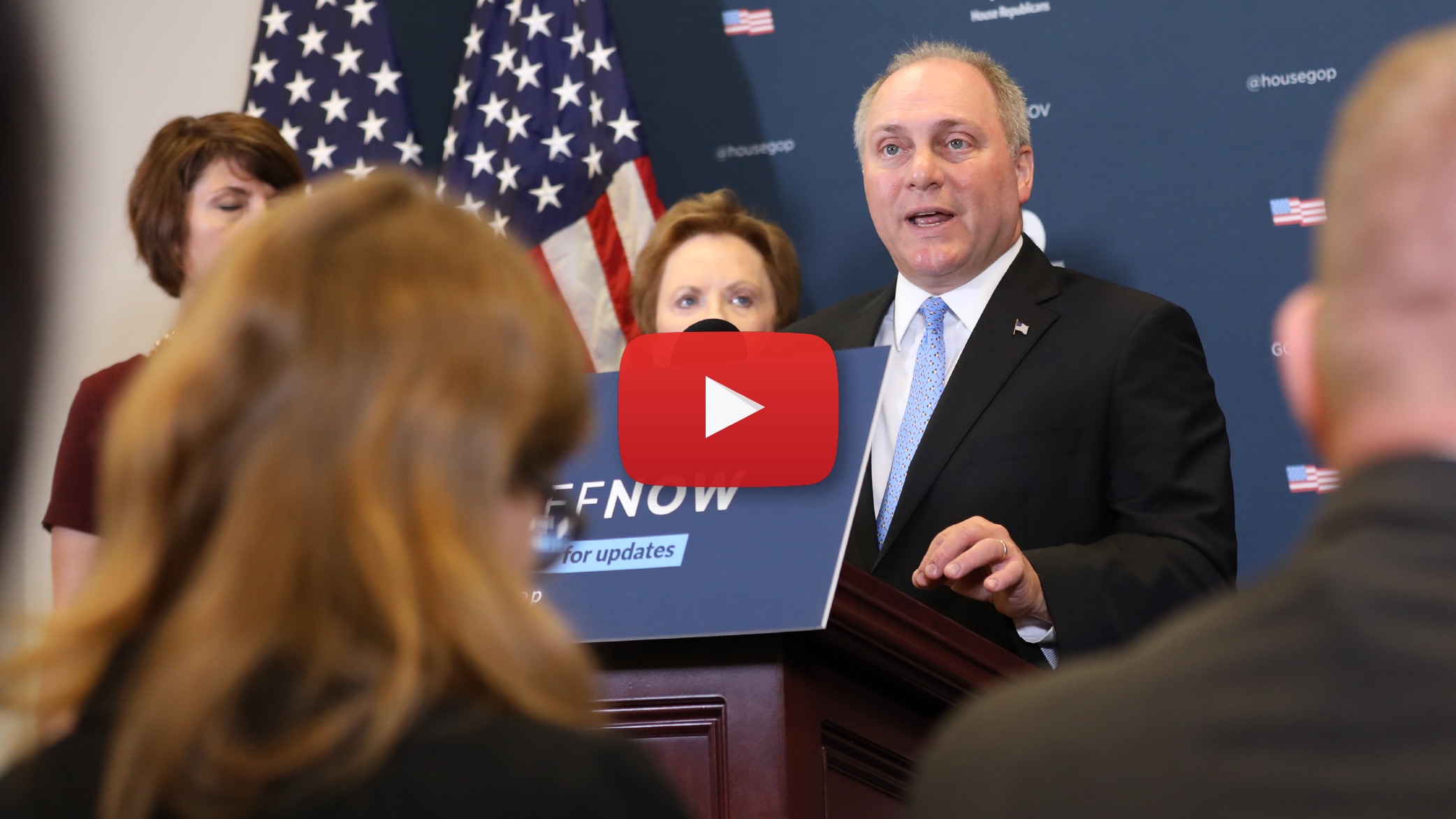 Click here or on the image above to watch his remarks.

On fully funding the military:

“This is going to be a big week. And today’s going to be a real important day for those of us who have been wanting to see our military rebuilt. For those of us who want to stand up for our men and women in uniform, who deserve the certainty that comes with an appropriations bill that gives them the funding they need to do their job and to train in a safe environment.

“Again, we’ve all seen that last year alone, by more than a three-to-one margin, we lost more men and women in uniform to training deaths than we did to combat. That’s inexcusable. We reversed that.

“By the way, this is the first time in 10 years that our military will be funded for a full year and not have to operate under a CR. It’s been 10 years since we’ve seen that. And when you see Secretary Mattis and the other generals say that a CR and the short-term funding and lack of certainty is one of the biggest impediments to provide for a strong national defense, we will reverse that today by passing this critical, important bill.

“Thank you, Kay [Granger], for the work that you and your subcommittee have done to keep our nation strong and to provide our men and women in uniform with the tools they need.”

“We’re also going to be bringing forward this tax cut 2.0 bill. In every swing district I go to around the country, people really love the tax cuts. They’re seeing, directly, the benefits of tax cuts. It’s not the millionaires and the billionaires. It’s those hard-working families who were struggling to get by for eight years with a slow and low-growth economy. They’re finally seeing their wages go up. People who were looking for work, who had given up looking for work, millions of them are now getting back in the workforce.

“And yet, with the temporary nature of some of the tax cuts on the individual side, there’s still some uncertainty. We will remove that uncertainty this week by voting to make those tax cuts permanent.

“I challenge everybody, every Democrat who voted no. Now that they’re seeing middle-class families get the benefits, the thousand-dollar bonuses and pay raises that made the Christmas for so many of those families, when Nancy Pelosi called it crumbs. Those families said, ‘That was a big deal, and it was important for my family.’ [Democrats] need to step up and vote to make these tax cuts permanent.”