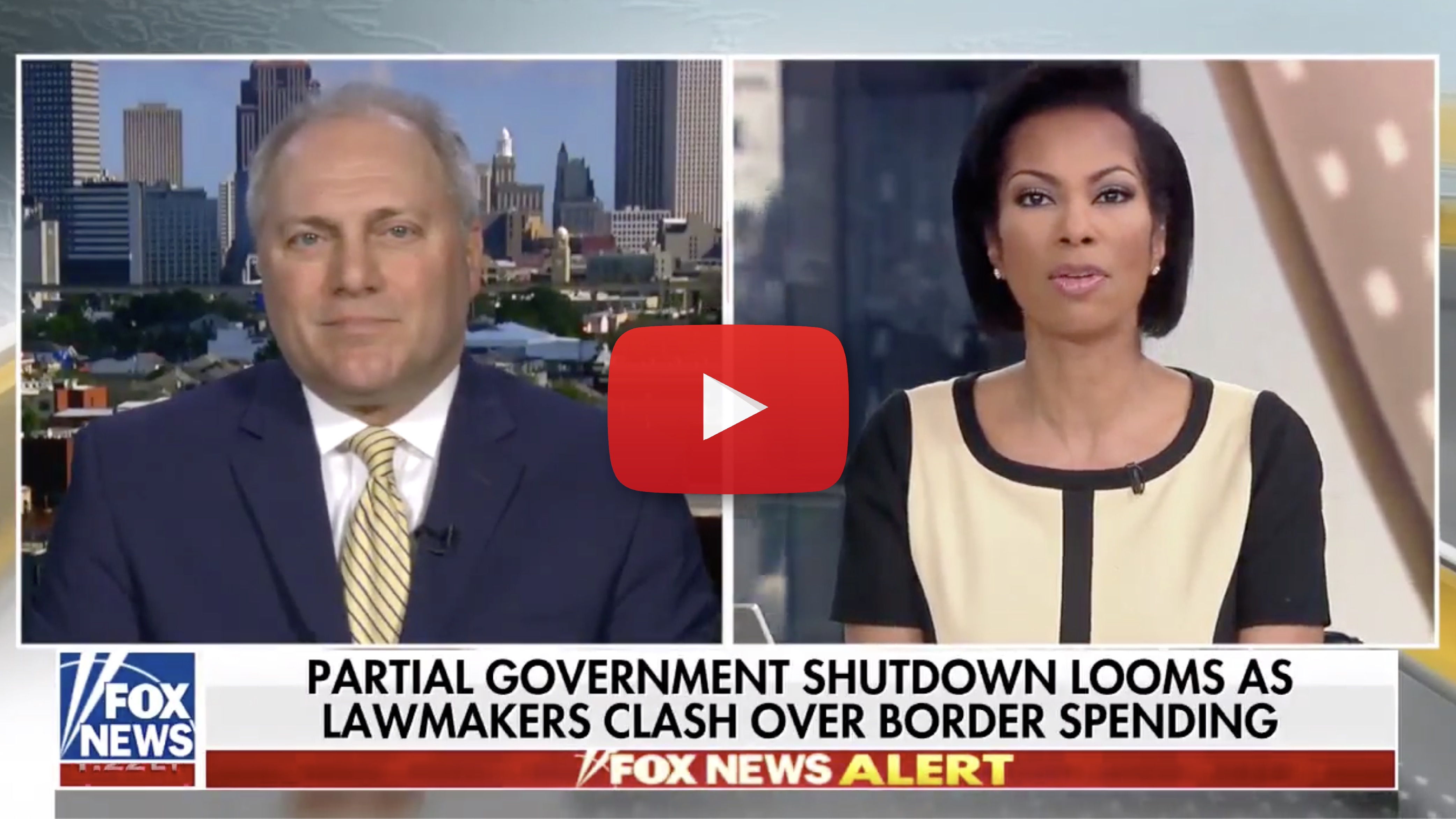 “I think you saw Chuck Schumer having another one of his tantrums. There was a Schumer Shutdown not too long ago, and he didn’t fare too well from that. He won’t fare too well here again. He is saying he wants to deny the President the ability to build the wall.

“The President ran on securing America’s border. This fight is about securing America’s border, not just the wall. It includes other technology that’s being mentioned to scan vehicles, but also to protect our border patrol agents. Because Harris, you see in this caravan that is [trying to] come over—homeland security has already identified more than 600 convicted criminals in the caravan. They’ve been attacking our border patrol agents. We need to make sure they have the money to be safe, doing their job, keeping America safe.”

On enforcing the rule of law to keep America safe from criminals, terrorists:

“What the President has said is, ‘Look, if you are seeking asylum, there is a legal way to do it.’ But frankly, the people that are in this caravan were offered asylum and jobs by the Mexican government and they turned that down. It’s not about asylum.

“This is about the rule of law. There is a legal way to come to America. Just follow that process. Don’t be part of a caravan that is, again, infiltrated by a lot of convicted criminals and potential terrorists. Every day, on average, ten known terrorists try to enter America. This is about keeping America safe.”

On the significant reasons, including human and drug trafficking, for securing the border:

“I’m glad that [Senator Dick Durbin (D-Ill.)] is at least recognizing that you have to be more creative about securing the border, and acknowledging that people do come over to bring drugs. There’s a lot of human trafficking that happens across the border, too. In fact last year, our ICE agents—which Pelosi wants to get rid of—ICE actually saved more than 900 kids from human trafficking. This is really going on, on our border. It’s about border security.

“There is a legal way to come here. Follow the law if you want to come here. We have got to make sure that we are securing the border. President trump is committed to securing our border. Let’s just stand up for the rule of law.”

On the bipartisan nature of border security:

“I talked to the President about this a few days ago and he is very passionate about this. He cares about securing America’s border. He talked about it and campaigned on it. It was an integral part of the election when he ran against Hillary Clinton. The American people knew this was one of the things that was front and center that you’ve got the President saying he’s going to try to keep America safe. It’s important that we secure the border.

“It’s a bipartisan issue. Wherever you stand on immigration policy in general, most people in this country do believe that we should secure the border. There is funding that goes along with it. Let’s make sure we get the President the money he needs to keep America safe.”

On why funding border security is critical to the nation:

“I think it’s really important that we continue to let the American people know just what is happening at the border. Just what kind of people try to come over illegally. Some might be coming over here for work, but some are coming here to bring drugs, to human traffic, to prey upon our young children. There are clear examples. Again, last year alone, our ICE agents saved over 900 kids from human trafficking.

“This is happening at the border. There is a legal way to come to this country, if you want to seek asylum, or if you want to stand in line like millions of other people that are waiting to come here legally. America is a nation of immigrants, but we are also a nation of laws. Let’s stand up for the rule of law and keeping America safe.”