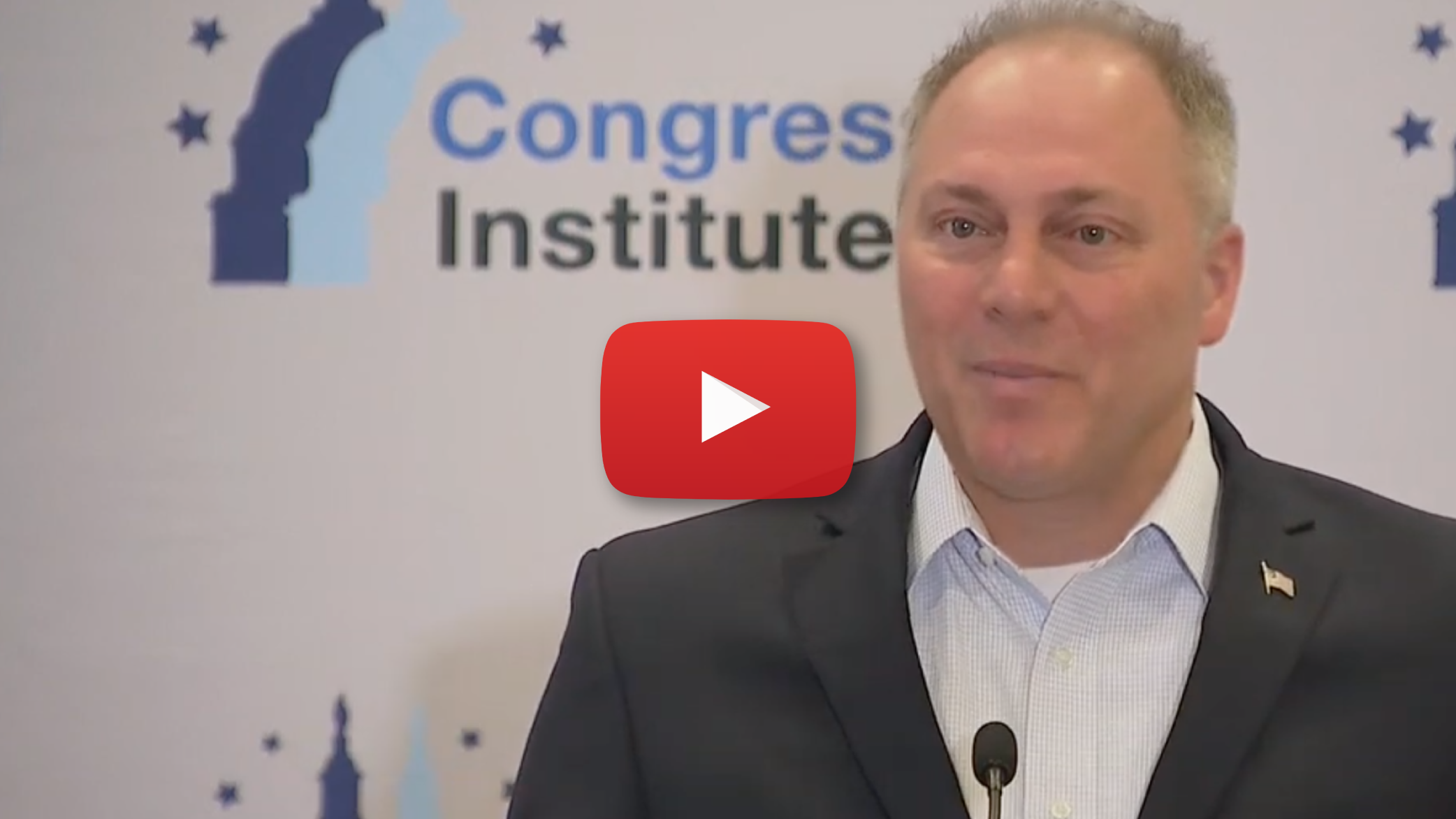 Click here or on the image above to watch the full remarks.
On President Trump’s historic economic accomplishments:
“Our members always get invigorated when we hear President Trump come and talk with us about the things that we’ve done together and the even bigger things that we can do together to get the majority back. This conference retreat, especially, is one of the more visionary ones that we’ve had because we were in the majority working with President Trump and we got some big things done and the President talked about some of those big things last night [including] just how great this economy is doing.

“And so, when you look to the future, the things that we’re going to be talking about at this retreat like putting together a better health care plan for Americans. The biggest problem right now is that healthcare costs too much.

“The Democrats’ answer is to go the other way. They’re not even satisfied with Obamacare. They want what they call ‘Medicare for All’ which we know means the elimination of 180 million private health insurance plans. For people on Medicare Advantage, 20 million Americans who enjoy Medicare Advantage, they eliminate that as well.

“What we want to do – and we know the results, we know what’s going to happen – you’re going to have longer lines, higher costs for healthcare, etc. The American people don’t want that. They want us to focus on lowering costs, giving them more choice, and protecting people with preexisting conditions. That’s what this President talked about last night, that’s what we stand for, that’s what we want to implement when we get the new majority next year.”

On national enthusiasm for the GOP’s agenda:

“I tell you what, the biggest applause lines were when the President introduced our two new members of Congress who are going to be sworn in next Tuesday. To see those wins in North Carolina and especially to see how President Trump’s influence played an active role in increasing turnout. A higher turnout than we had last year and it’s much closer to the kind of turnout we’re going to see next year when President Trump’s going to be on the ballot with us.

“And we can go into all of those districts that we’ve lost. So many that President Trump won in 2016, he’ll do even better in in 2020. And I see that when I go around the country travelling to all of these swing districts.

“You see enthusiasm for the President’s policies, you see a real enthusiasm for moving away from socialism that the Democrats are trying to go towards. And we’re working with Republicans to get even bigger things done in this economy.”