Chairman Schiff returned to the public eye with yet another witness who had no firsthand knowledge of President Trump’s supposedly impeachable activities.

As hard as they try, Democrats can’t change the American public’s opinion on impeachment, because Democrats have been unable to present any direct evidence related to the quid pro quo they accuse President Trump of orchestrating with theUkrainian president. Enough of this lunacy. Let’s get back to our real work. 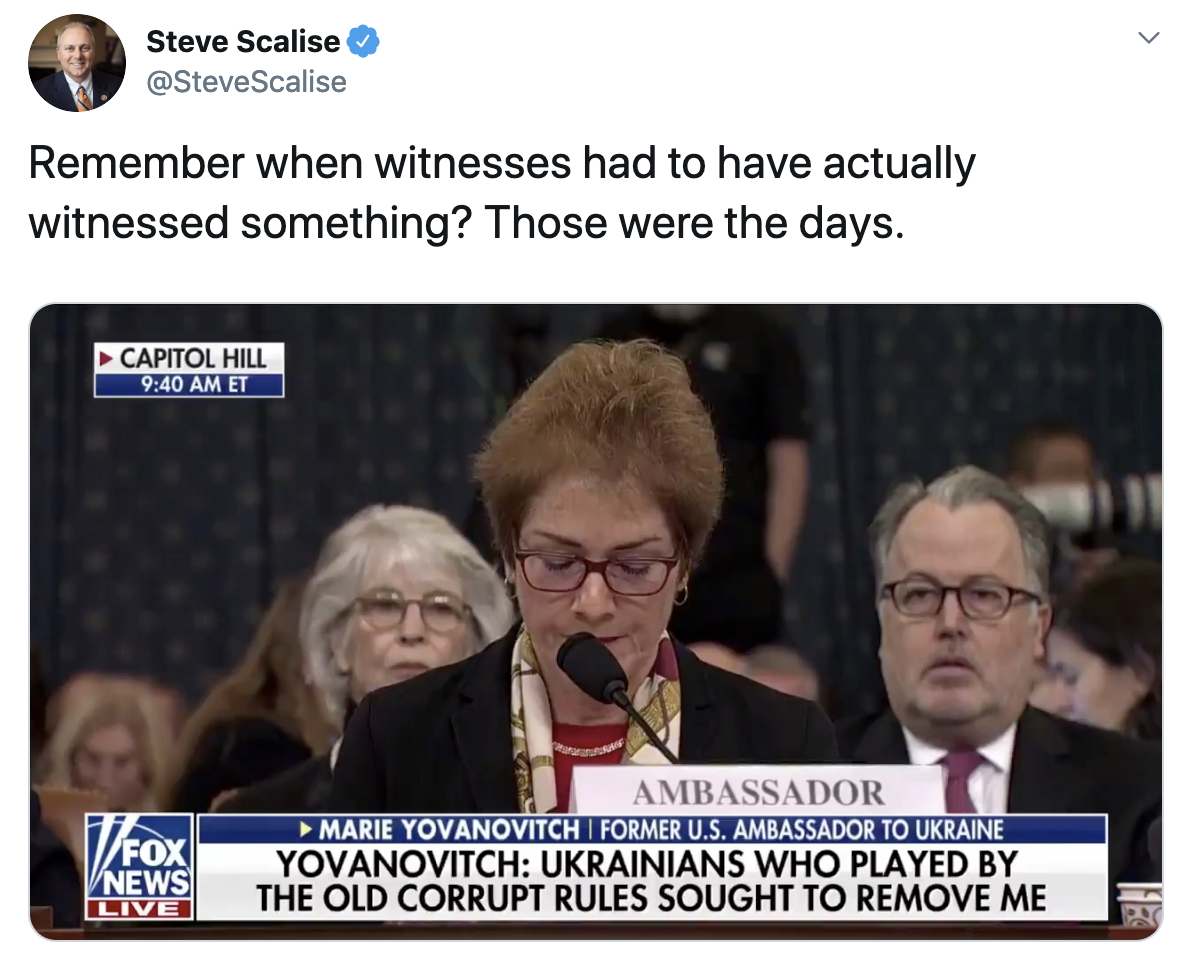 Chairman Schiff ran a circus today, preventing Members of Congress from controlling their time and asking the witness questions. Chairman Schiff interrupted Rep. Elise Stefanik (R-N.Y.) on several occasions, further cementing what seems to be his determination to keep these impeachment hearings as partisan, biased, and unfair as possible. 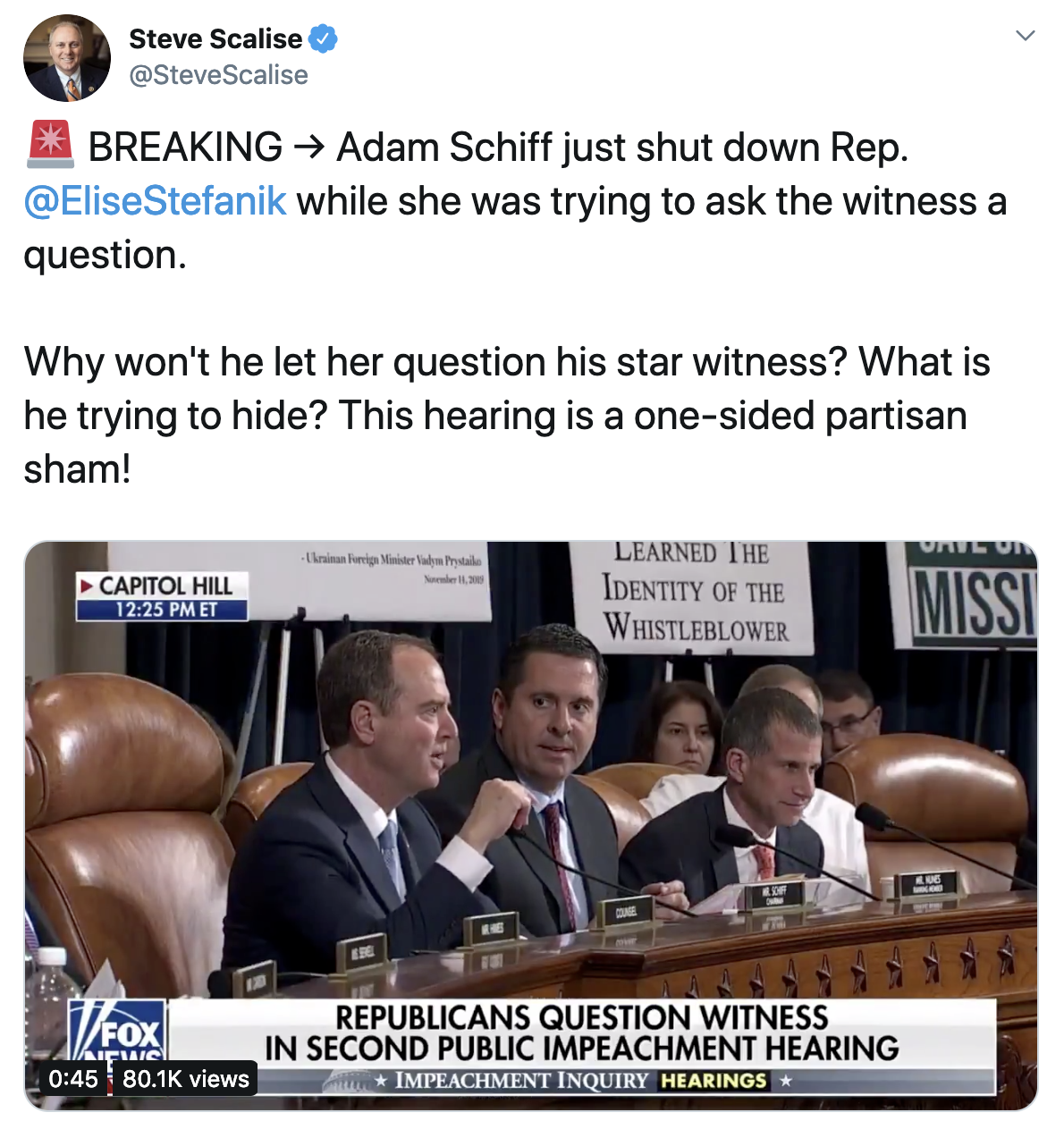 Whip Scalise recently penned an op-ed in Fox News arguing that Americans deserve to hear from the whistleblower in public testimony. 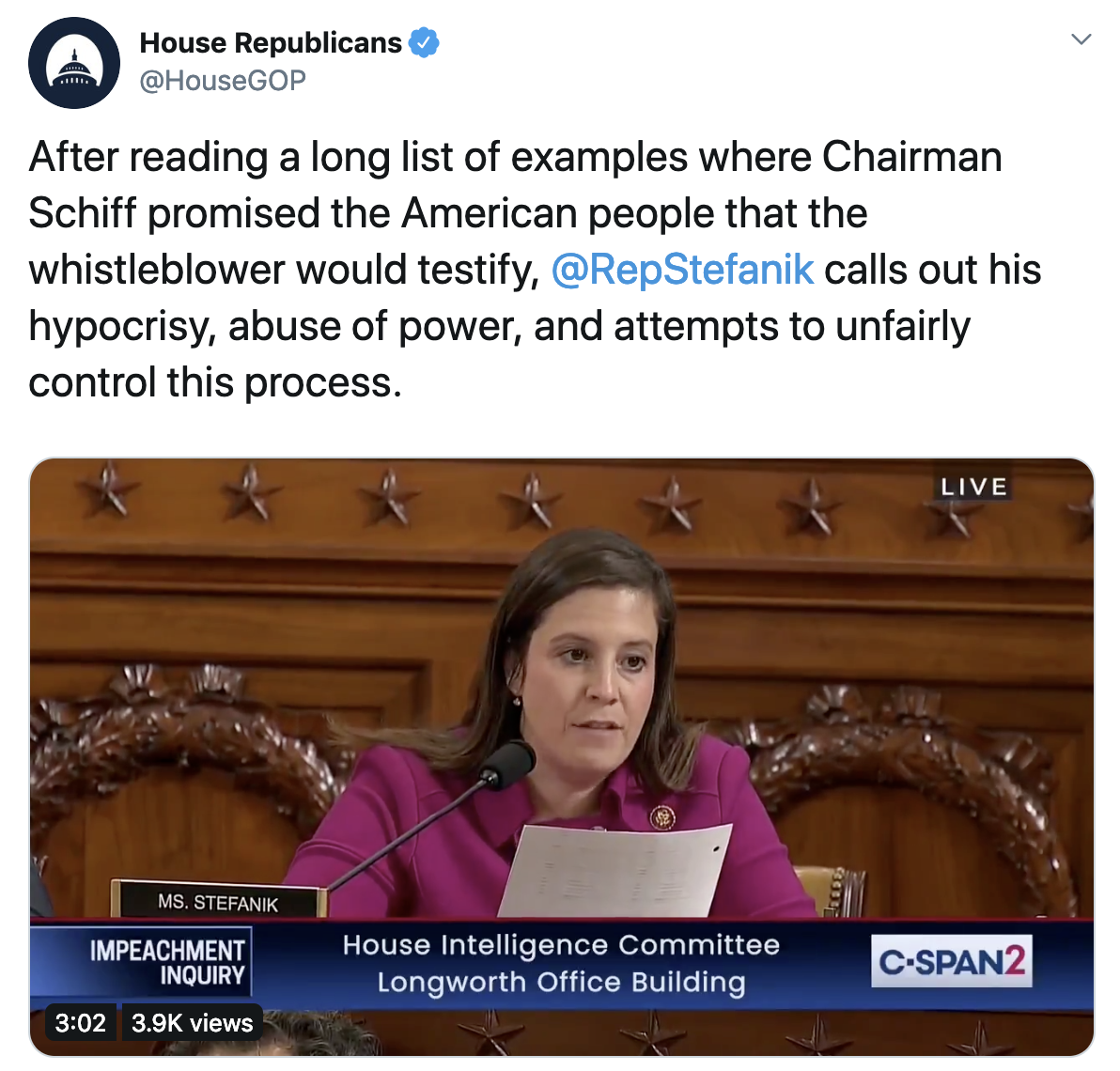 In possibly the most important summation of the day, and of Democrats’ supposed star witnesses, Rep. Christ Stewart (R-Ut.) asked Ambassador Yovanovitch the following two questions:

Stewart: “Do you have any information regarding the President of the United States accepting any bribes?”

Stewart: Do you have any information regarding any criminal activity that the President ofthe United States has been involved with at all?

Then why was Ambassador Yovanovitch even testifying today? Democrats want to impeach President Trump for exercising his right to remove an ambassador at any time, with or without a reason. 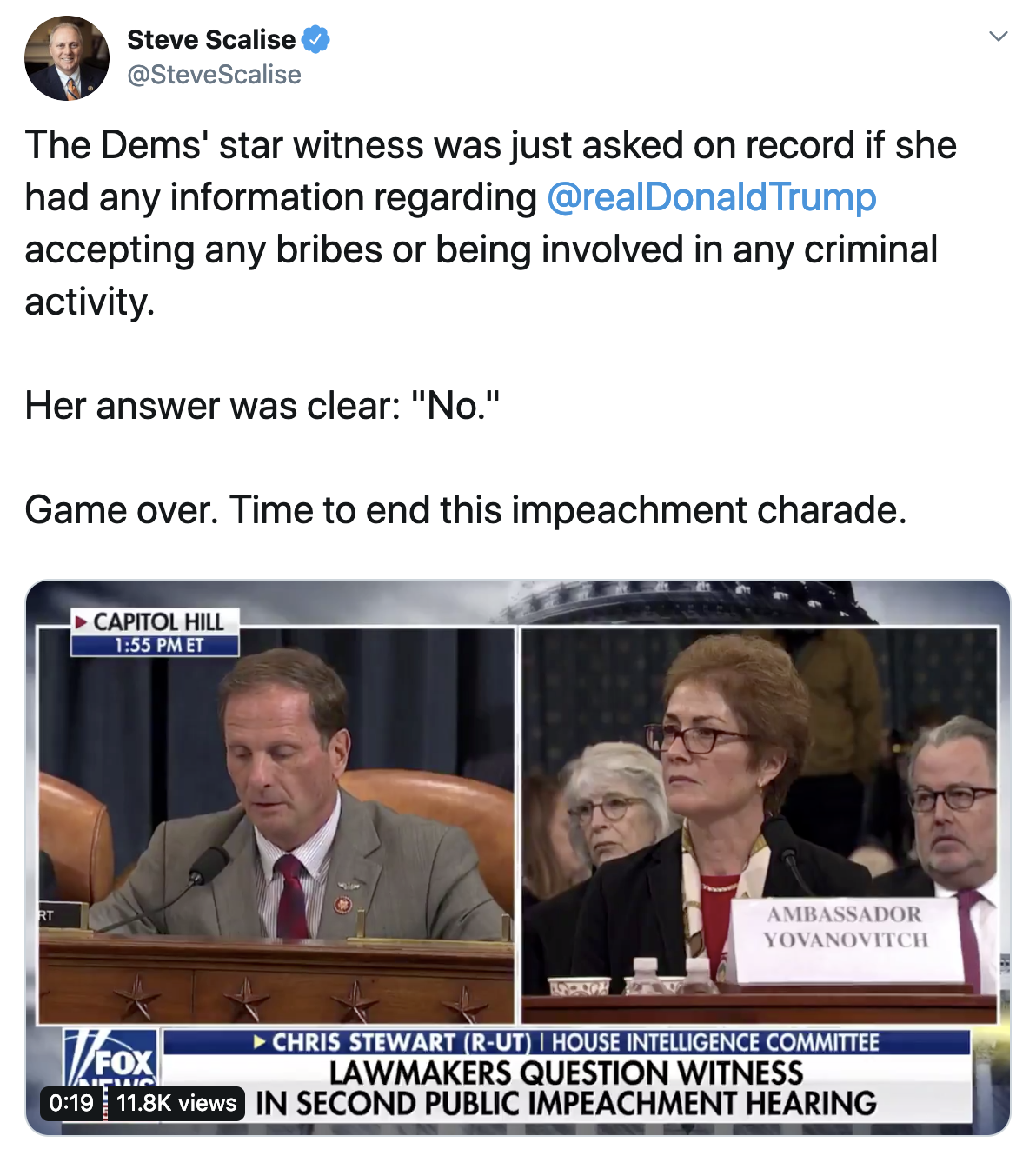 President Trump: “When you’re settled in and ready, I’d like to invite you to the White House. We’ll have a lot of things to talk about, but we’re with you all the way.”

Read it for yourself here.