TOPLINE: In less than five months, President Biden has taken steps to reverse our nation’s energy dominance, resulting in a less secure country, higher energy prices for hard-working families, and thousands of Americans fired from their jobs. As our economy continues to recover from COVID-19, the last thing President Biden should do is champion energy policies that ship American jobs to higher polluting countries like China and Russia. Congress must stand against President Biden’s radical agenda and preserve America’s all-of-the-above energy strategy that puts American energy independence first and promotes responsible energy exploration and development.

Killing the Keystone XL Pipeline Has Devastated our Economy

When he ran for President, Joe Biden told American energy workers that he would support them.

After the crippling cyberattack on the Colonial Pipeline, which led to fuel shortages and lines at gas stations along the East Coast, Biden’s Energy Secretary Jennifer Granholm admitted to reporters that a “pipe is the best way” to transport oil and gas. 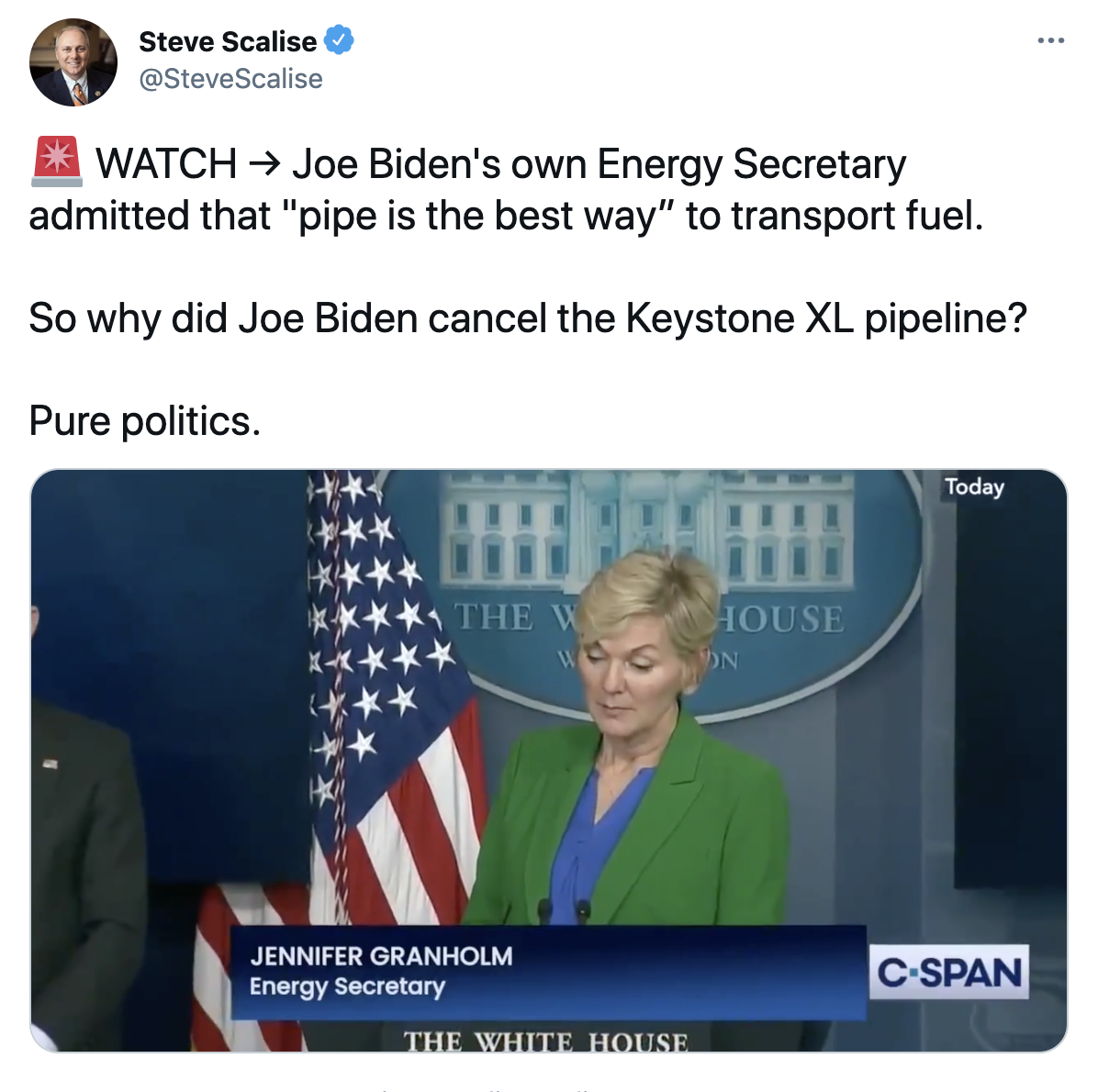 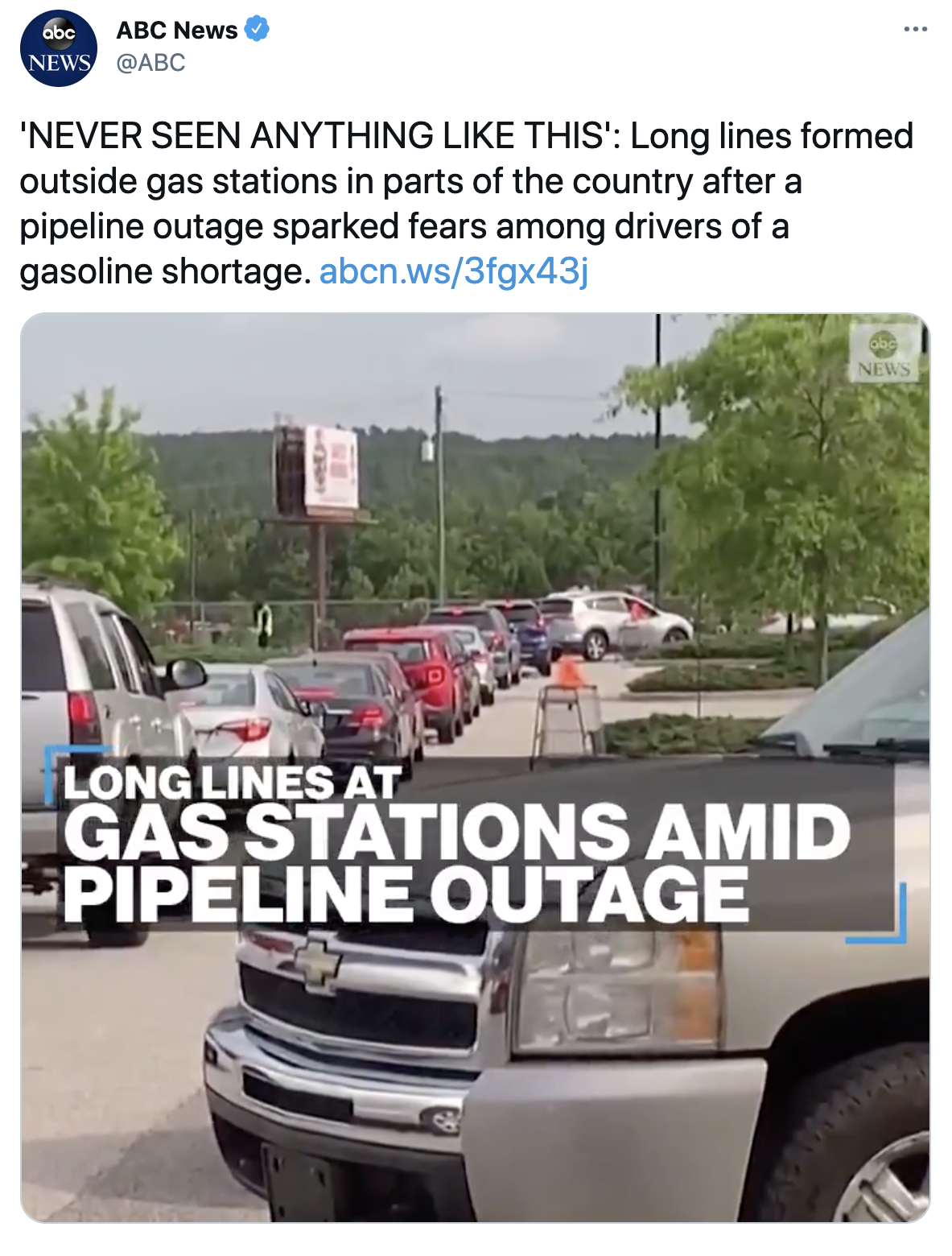 Does this mean that the Biden Administration will bring back the Keystone XL pipeline and try to undo laying off thousands of energy workers?

President Biden’s shameful decision to terminate the Keystone XL pipeline has done immense damage to our economy, harmed relationships with our allies, and betrayed the workers and communities that relied on the project.

When President Biden mandated that the United States officially rejoin the Paris Climate Agreement, it was an insult to the millions of American families already struggling to afford their heating and utility bills. We know that Biden’s new commitments will hurt American families. His commitments exceed those of the Obama Administration. We expect that these policies will raise energy costs, force good-paying jobs overseas, and severely undermine America’s global competitiveness.

The Paris Climate Agreement gives a free pass to the world’s worst polluters. It restraining the American energy and manufacturing industry, which produces goods and energy more efficiently than anywhere on the planet. 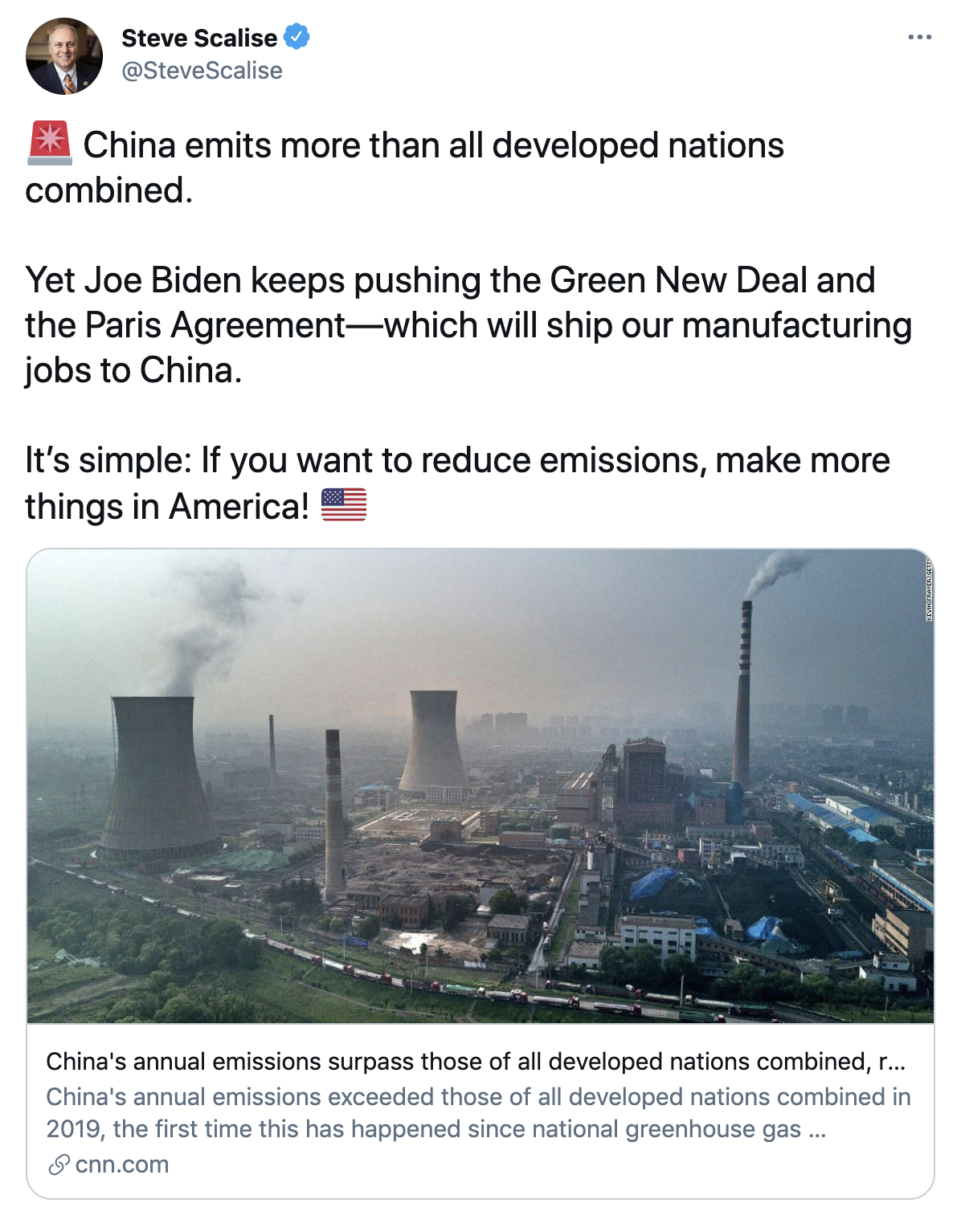 Estimates show that the reduction in manufacturing necessary to comply with our prior unrealistic Paris Climate Agreement mandates would destroy hundreds of thousands of American jobs – including many of the energy jobs that are so critical to our economy.

President Biden will hand over these energy jobs to countries like China and India, which emit significantly more carbon than we do now, and are allowed to increase their emissions through 2030 under the flawed terms of the agreement.

The radical targets of the Paris Climate Agreement are so unrealistic that not even France is meeting its desired goals.

President Biden is caving to the demands of his far-left base at the expense of American workers and U.S. energy independence.

Biden’s Offshore Drilling Ban is An Assault on American Jobs

This offshore drilling ban has hurt American energy workers, consumers, and families who depend on low-cost electricity, as well as public schools and first responders funded by oil and gas tax revenues.

By banning a significant source of America’s oil and gas supply, President Biden is shipping American jobs and energy production to countries that don’t adhere to the same environmental standards as the United States.

President Biden’s actions threaten the economic livelihoods of millions of American families and must be reversed. New Mexico is projected to lose 60,000 jobs under President Biden’s restrictions on oil and gas development — seven percent of the entire employed state workforce. In Gulf Coast states like Louisiana, the offshore drilling industry supports hundreds of thousands of jobs — 94,000 in Louisiana alone — and adds $6.7 billion to Louisiana’s revenues every year.

Additionally, these leases bring critical dollars for coastal restoration, flood protection, and countless other public services in the states that host these activities.

The Biden Administration needs to get serious about supporting American energy independence and protect our nation’s energy abundance both on and off America’s shores.

BOTTOM LINE: Energy produced in the United States lowers the cost of gas and electricity for American families and small businesses. American-made energy also advances our nation’s interests worldwide. President Biden should reconsider his actions because his administration’s far-left energy agenda has left a devastating impact on hard-working families and our national security. President Biden must work with House Republicans to develop commonsense policies that responsibly utilize our abundance of natural resources.