TOPLINE: On September 9th, President Biden announced that he would mandate businesses – with 100 or more employees – to require their personnel to be vaccinated or be tested for the coronavirus each week. If companies fail to comply, they will face steep fines. This is an unprecedented, authoritarian mandate that would affect an estimated 100 million people, and one that even President Biden said, mere months ago, that he would not impose. Now that he’s failed at every step of his presidency, he’s changed his mind and turned to force.

The Biden Administration Promised No Vaccine Mandate, They Lied

This week, President Biden issued two executive orders mandating COVID vaccines for federal workers and contractors. He announced that the Department of Labor’s Occupational Safety and Health Administration (OSHA) is developing rules to compel companies with 100 or more employees to either require their workers to get vaccinated against the coronavirus or face mandatory testing on a weekly basis.

The Biden Administration estimates that their new mandates will impact approximately 100 million workers, more than two-thirds of the United States’ workforce.

Just months ago, the President told the American people that he was against vaccine mandates. Now, Biden has reversed course and changed his mind.

In December 2020, President Biden said: “I don’t think it should be mandatory, I wouldn’t demand it be mandatory. But I would do everything in my power – just like I don’t think masks would need to be made mandatory nationwide.” 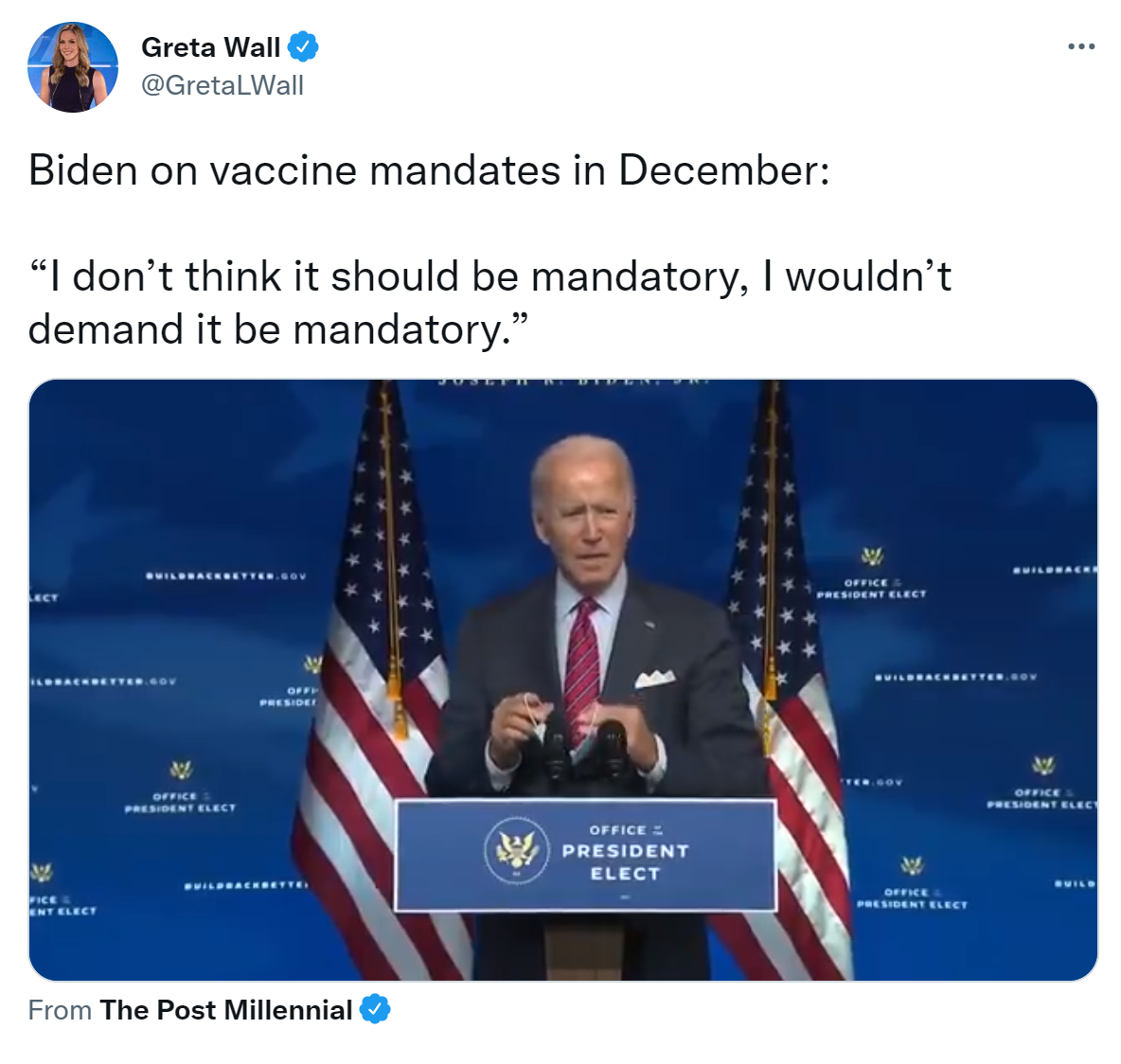 In July 2021, White House Press Secretary Jen Psaki stated that it was “not the role of the federal government” to require that Americans get vaccinated. 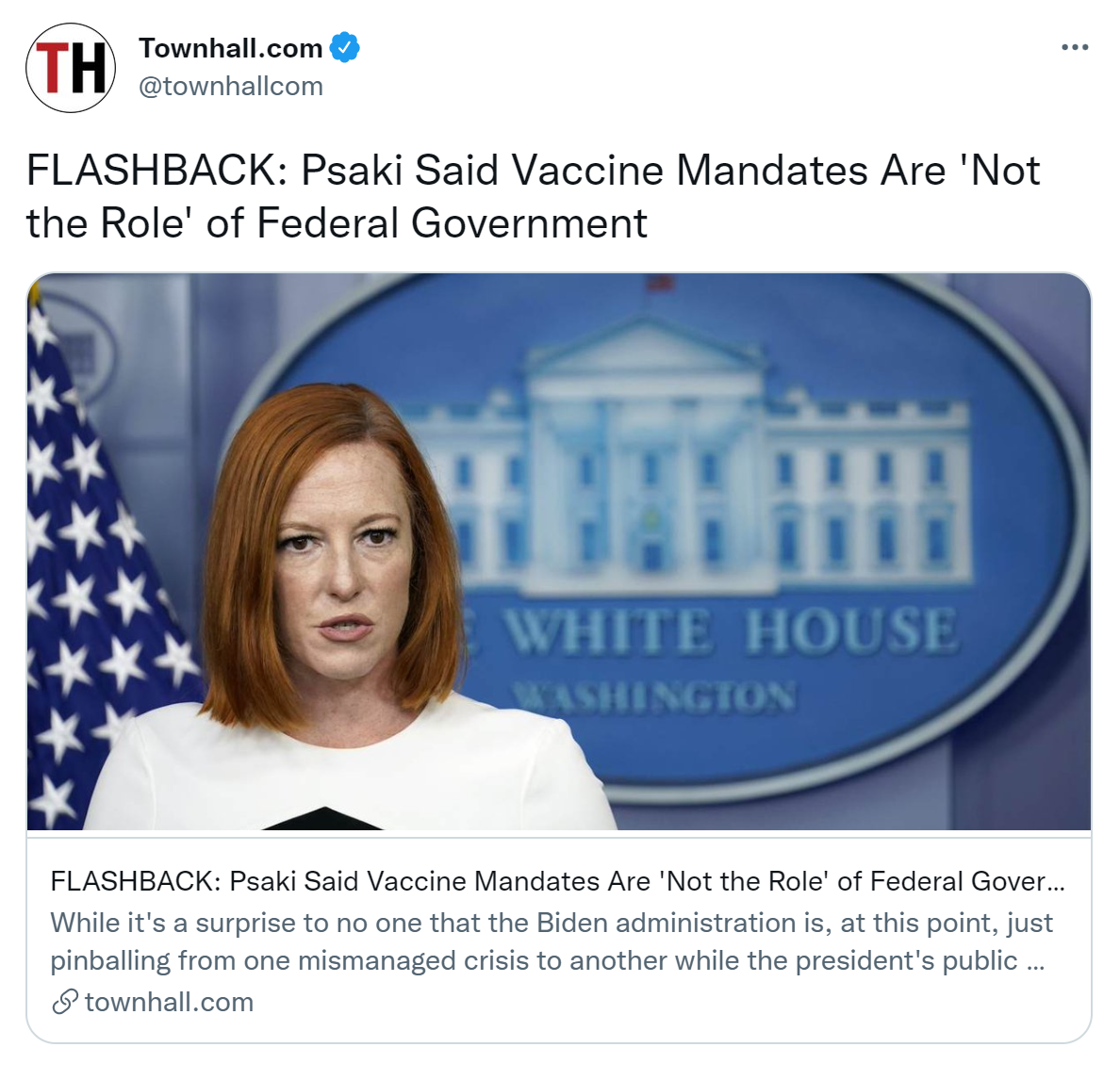 How can the American people trust President Biden?

The Biden Administration is forcing vaccine requirements on two-thirds of the American workforce to appease their far-left, radical supporters. 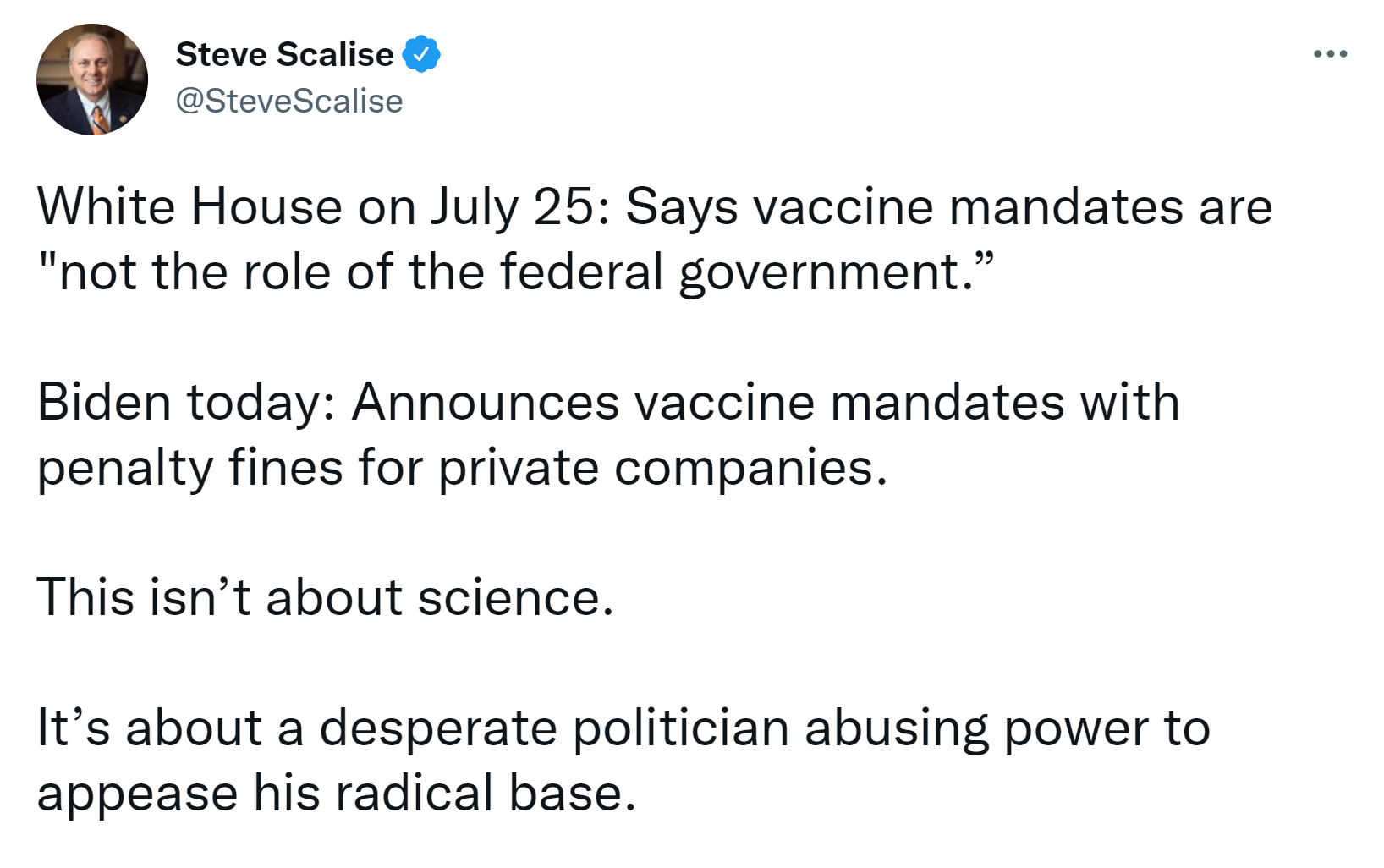 The Biden Administration’s vaccine mandate is yet another tyrannical attempt by Democrats to expand their control over Americans’ daily lives by meddling with their livelihoods.

Getting the vaccine should be a decision made in consultation with your doctor, not forced upon you by the federal government.

In his speech mandating that two-thirds of all U.S. workers get COVID-19 vaccines, President Biden declared, “This is not about freedom or personal choice.”

OSHA’s forthcoming rule places an undue burden on workers. President Biden’s vaccine mandate forces private companies – with 100 or more employees – to require that their workers be vaccinated or be subjected to onerous testing each week. 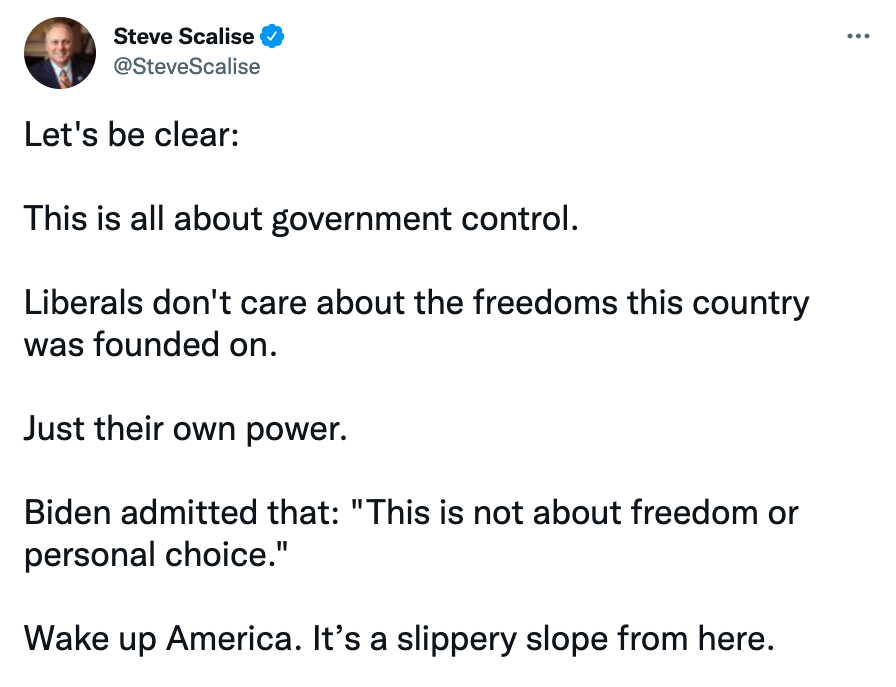 More and more Americans are getting vaccinated on their own, without a vaccine mandate.

Since August 13th, an additional 1.71 million Americans have received a COVID-19 vaccine dose.

Instead of pushing for an authoritarian mandate, the Biden Administration should focus on having the Food and Drug Administration (FDA) approve additional COVID-19 vaccines. If President Biden was serious about defeating the coronavirus, he would have appointed a Commissioner to lead the FDA. This is a major failure on President Biden’s part.

BOTTOM LINE: President Biden’s federal mandate will impact nearly 100 million citizens. This is an unnecessary power grab by Washington elites who think that they know what is best. We must stand up against the Biden Administration’s overreach. We must stand up for the right of the American people to be able to decide for themselves, in consultation with their doctors, what is best for them.