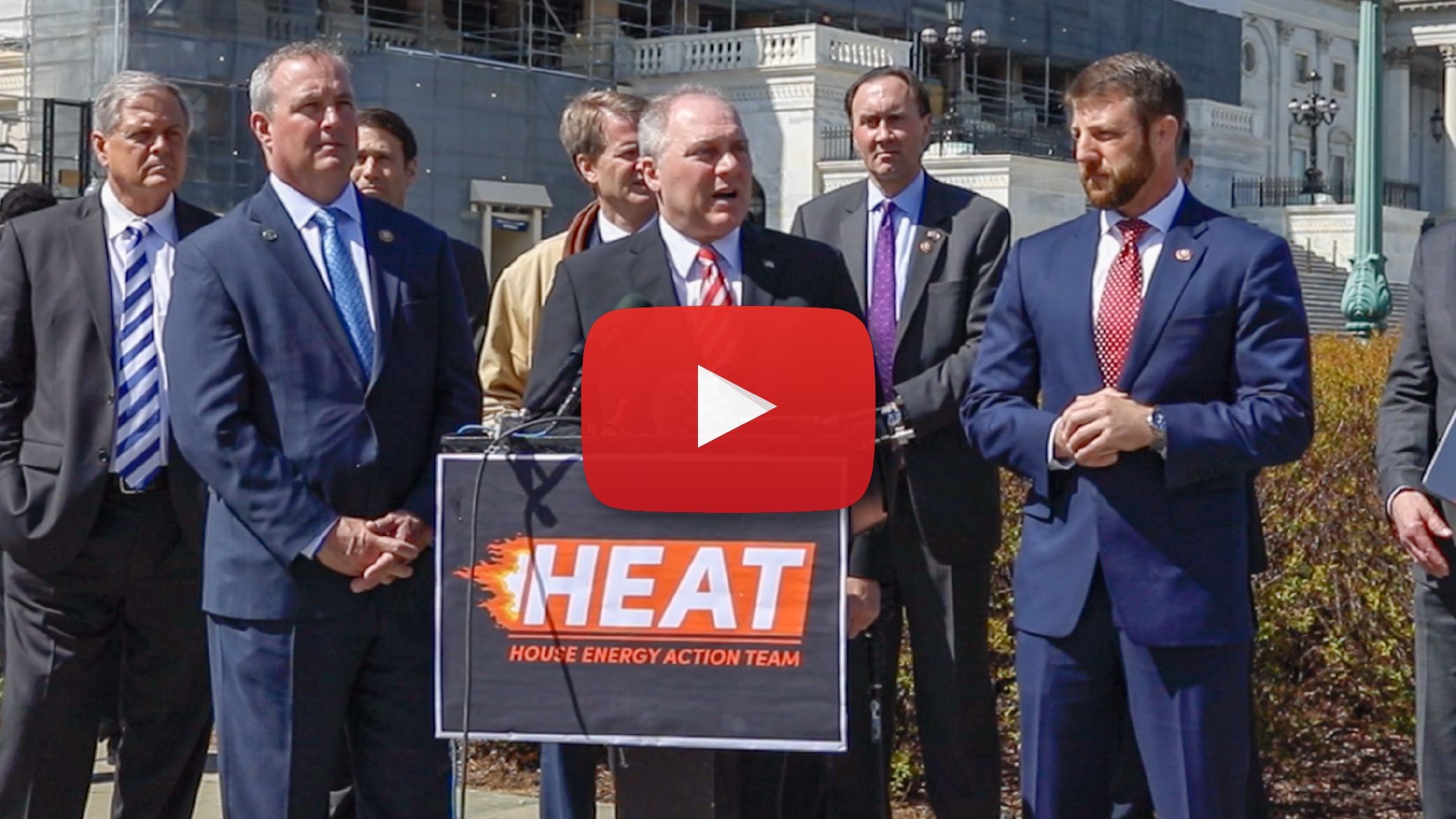 Click here or on the image above to watch the remarks.
Full Remarks:

“The House Energy Action Team is here to help promote the great conservative energy policies that not only create millions of jobs in America and allow us to be a dominate energy producer, but help families have lower electricity costs, help us bring manufacturing jobs back to America, all while actually reducing carbon emissions.

“Look at what we’ve been able to do in America with liquefied natural gas. We are now able to export to our friends around the world and that helps us geopolitically because so many countries were getting their energy from countries like Russia with heavy strings attached, very bad strings that were attached, just to heat their homes in the winter. Now they can get their energy from America, an ally. It not only helps our economy, but it helps our friends around the world. That’s the importance of a sound, solid energy policy.

“We don’t just want to talk about the great things that we’ve been doing to have a solid energy policy with good laws and sound, fair regulations. We also want to contrast it to what Nancy Pelosi and her radical leftists are trying to do to promote things like the Green New Deal where they literally try to not only get rid of fossil fuels in 10 years and end airplane usage in 10 years and other ludicrous ideas, but it would dramatically cause household electricity rates for families to skyrocket. Some estimates show that the average family’s paying a little over $100 a month now for electricity and they’d be paying more than $600 a month under the Green New Deal. Sound energy policy is critical for families to be able to continue to have their chance at the American dream and for America to continue to be a dominant producer of energy and a manufacturer for the world.”

“When families get the benefit of good, sound, conservative energy policy, it’s not only in jobs, it’s in things like lower electricity costs in their house and in the summer that’s really important. When you come from South Louisiana, you want to be able to run the air conditioner without having a five, six-hundred-dollar sticker shock bill.  When you have incredibly cold winters in the Northeast like we just experienced, you want to be able to heat your homes and have a reliable source of energy to produce that for your family to keep your family safe at an affordable cost. That’s what American energy does. Then you look at the contrast with what Pelosi, AOC, and others want to promote in things like the Green New Deal.”

“As you can see when I talk about bringing the heat, what we really mean is a coalition all across this country of very passionate, smart members of Congress who are proud to talk about what makes America work. How energy policy has improved the lives of everyday families, has lowered electricity costs, and created millions of jobs that get more and more people an opportunity to achieve the American dream.”