Whip Scalise has joined with Rep. Ann Wagner (R-Mo.) to ensure her Born Alive legislation receives a vote in the U.S. House of Representatives by filing a resolution that will allow a discharge petition to be filed in the next 30 legislative days. 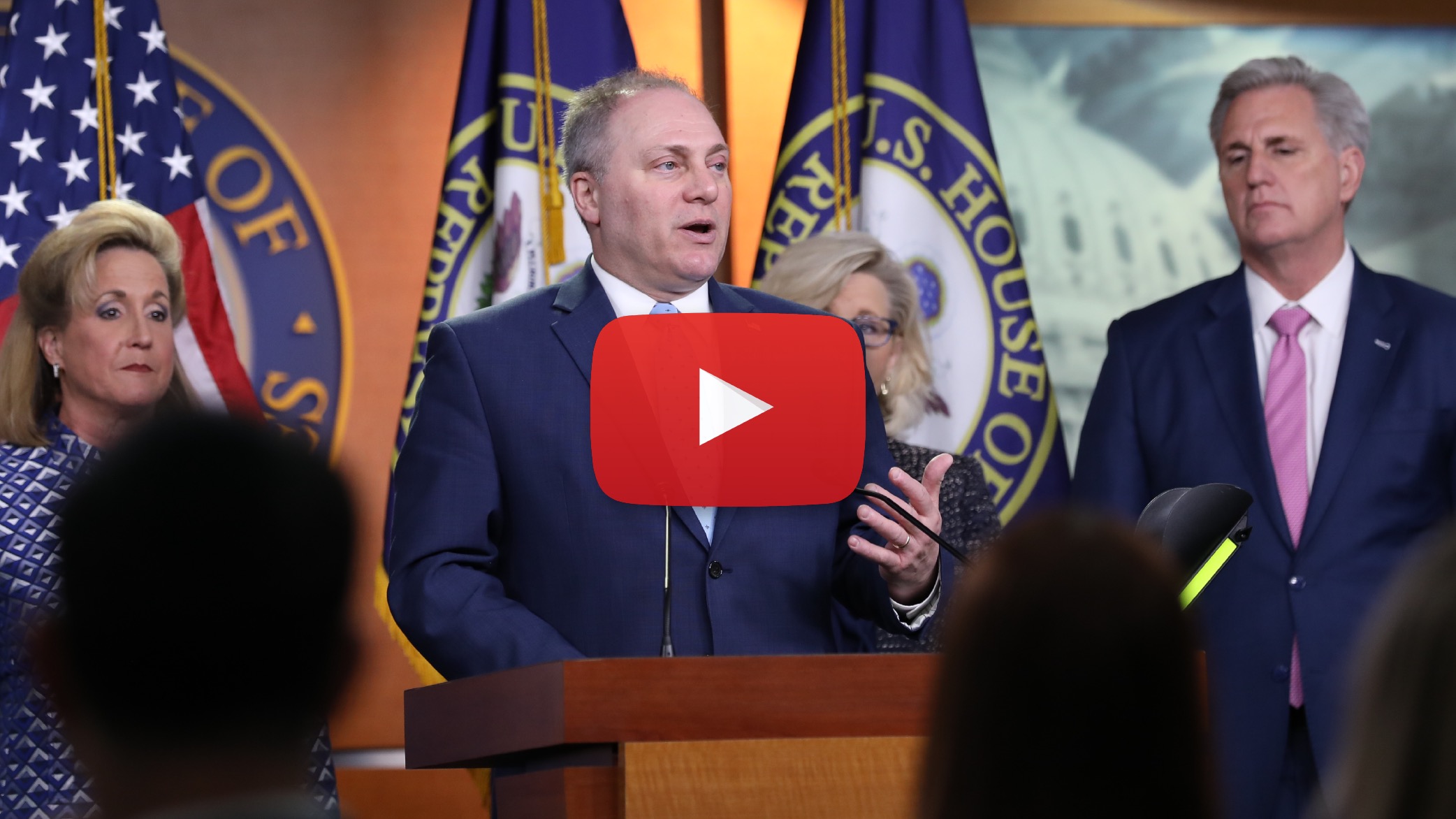 Click here or on the image above to watch the remarks.
On the need for Democrats to listen to President Trump’s call and work with Republicans to solve the border crisis:

“We’re in the middle of negotiations over how to secure our border. Our experts, months ago, put together a plan. The people who risk their lives to keep our country safe laid out a plan of what it’s going to take to secure our border and what it’s going to cost. The President presented that months ago and in December, right before a government shutdown, the House passed a bill to properly fund it. It never made it to the President’s desk and then ultimately we had a government shutdown.

“We went through 35 days of a government shutdown. Not one single time during that shutdown did Nancy Pelosi or Chuck Schumer put a single counteroffer on the table for what their plan would be to secure our border. Ultimately, the President stepped in and said let’s end this. Let’s keep the negotiations going and end the shutdown. Now we are nine days away from another potential shutdown and the democrats have still yet to put a single offer on the table. It’s time for Democrats to stop playing games with our border security and national security.”

On President Trump’s call for Congress to choose greatness over gridlock:

“The President talked importantly about how we need to secure the border and it’s not just about technology. Clearly, that’s a part of it and points of entry security, more border patrol agents. It also involves making sure we have physical barriers to protect this country and that includes a wall. All of that needs to be part of a final solution.

“I encourage Nancy Pelosi and Chuck Schumer to finally put an offer on the table. Don’t try to run out the clock, which they might be doing. Ultimately, the American people are watching closely and the President challenged everybody last night to choose to deliver greatness or gridlock. The President encouraged us to choose greatness. I encourage us all to reach for greatness as we solve these problems.”

On the President’s message to protect the unborn:

“I want to applaud my colleague and friend Ann Wagner for her leadership in bringing legislation forward as the President talked about last night to prohibit any procedure that would allow for the killing of a baby once it is born.

“I think Americans are shocked once they find out that it is actually legal in some states to kill a baby after it’s been born, after it’s come out of the mother’s womb. How is that possible and legal in America? It shouldn’t be.”

On joining Rep. Ann Wagner to ensure the Born Alive Survivors Protection Act receives a vote in the House:

“This legislation, the Born Alive bill, will give protection to those people who can’t protect themselves. If you’re pro-life or pro-choice, we should all agree that the baby should have the same protections as everyone else. That’s what the bill does.

“We’ve worked together to have a rule that I am filing today to bring that bill to the floor for a vote and ultimately to have a discharge petition where everyone can go on record. Every member of Congress should stand up and be counted on this important issue of defending life.

“Here’s a case where we’ve seen some states say they are willing to allow that baby to be killed after it’s been born. Let’s stand up and protect those innocent lives.”