WASHINGTON, D.C.—House Republican Whip Steve Scalise (R-La.) spoke on the House Floor condemning Speaker Pelosi breaking the House’s own rules on the Floor today as she and her members spent their time engaging in personal attacks against the President. Whip Scalise reminded members that lawmakers are held to a higher standard when speaking on the Floor and these rules should be respected and upheld by all members of the House, even the majority party. He called on his House colleagues to focus on the issues that actually affect the American people instead of putting on a show on the House Floor. 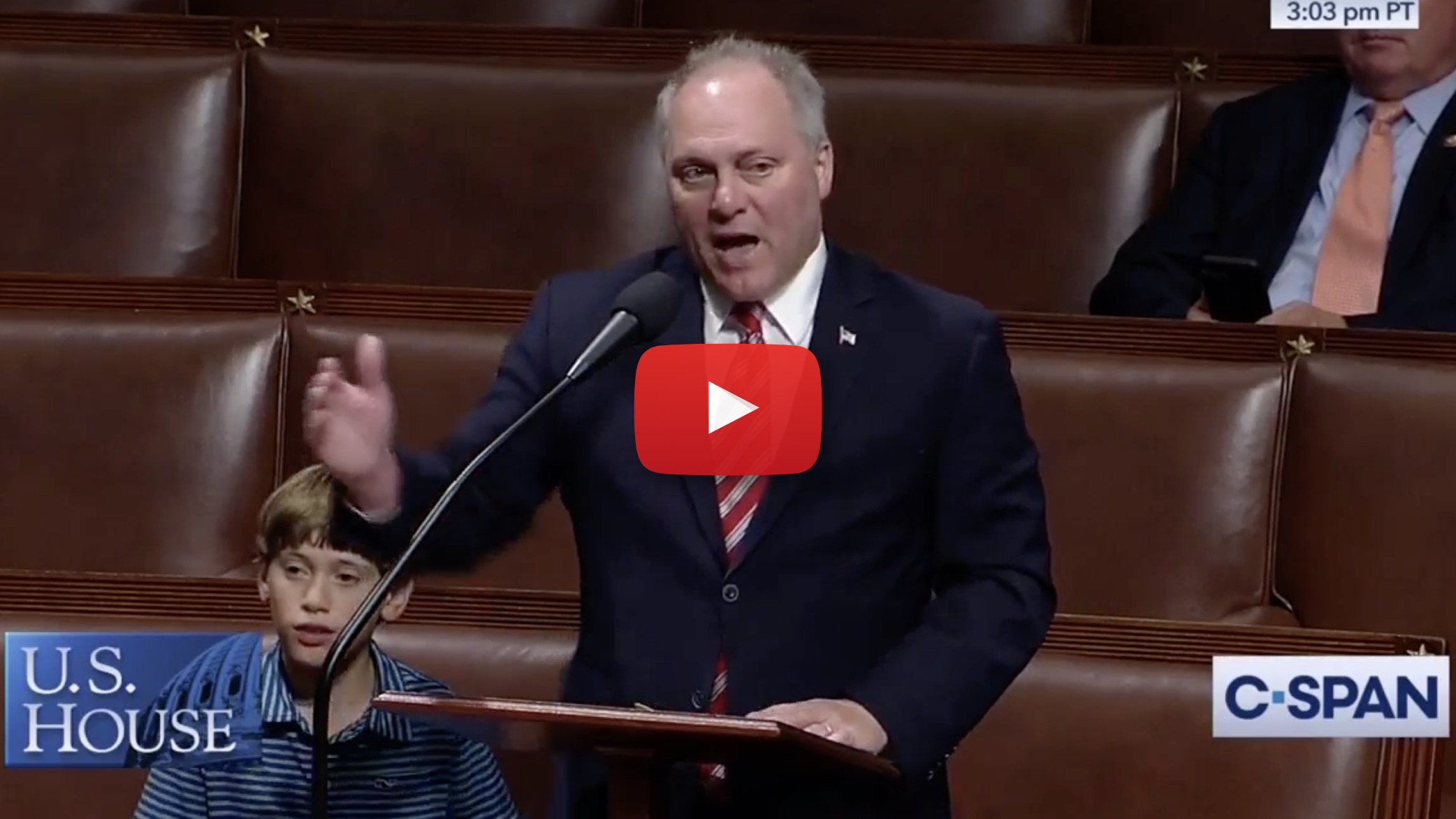 Read below for the full remarks:

“The last vote that we just saw on the House Floor is beneath the dignity of the House. We have rules for a reason. Just because one party is in the majority, madam Speaker, doesn’t mean that the rules don’t apply to them. The rules apply to all of us, just as we’re passing laws here that ought to apply to all people fairly across this country. The reason we have these rules is so that we can rise above the fray.

“We have disagreements on this Floor. What’s great about this country is we have the ability to come and battle over the disagreements, but we shouldn’t get into personality conflicts on this Floor. We shouldn’t be trying to accuse people of one thing or another disparagingly on this Floor. That’s why we have these rules, so that we can actually debate the issues that people care about rather than engaging in this constant barrage of personality attacks that we’ve seen week after week after week.

“These are easy issues for us to solve if we come together and spend real time, in good faith, working on them rather than this foolishness. Look at all of the other problems that our country faces that people call on us to address. They expect that we are spending our time up here focusing on those problems. Like getting our economy back on track like it is now. It took people working together and it’s working. We can do more.