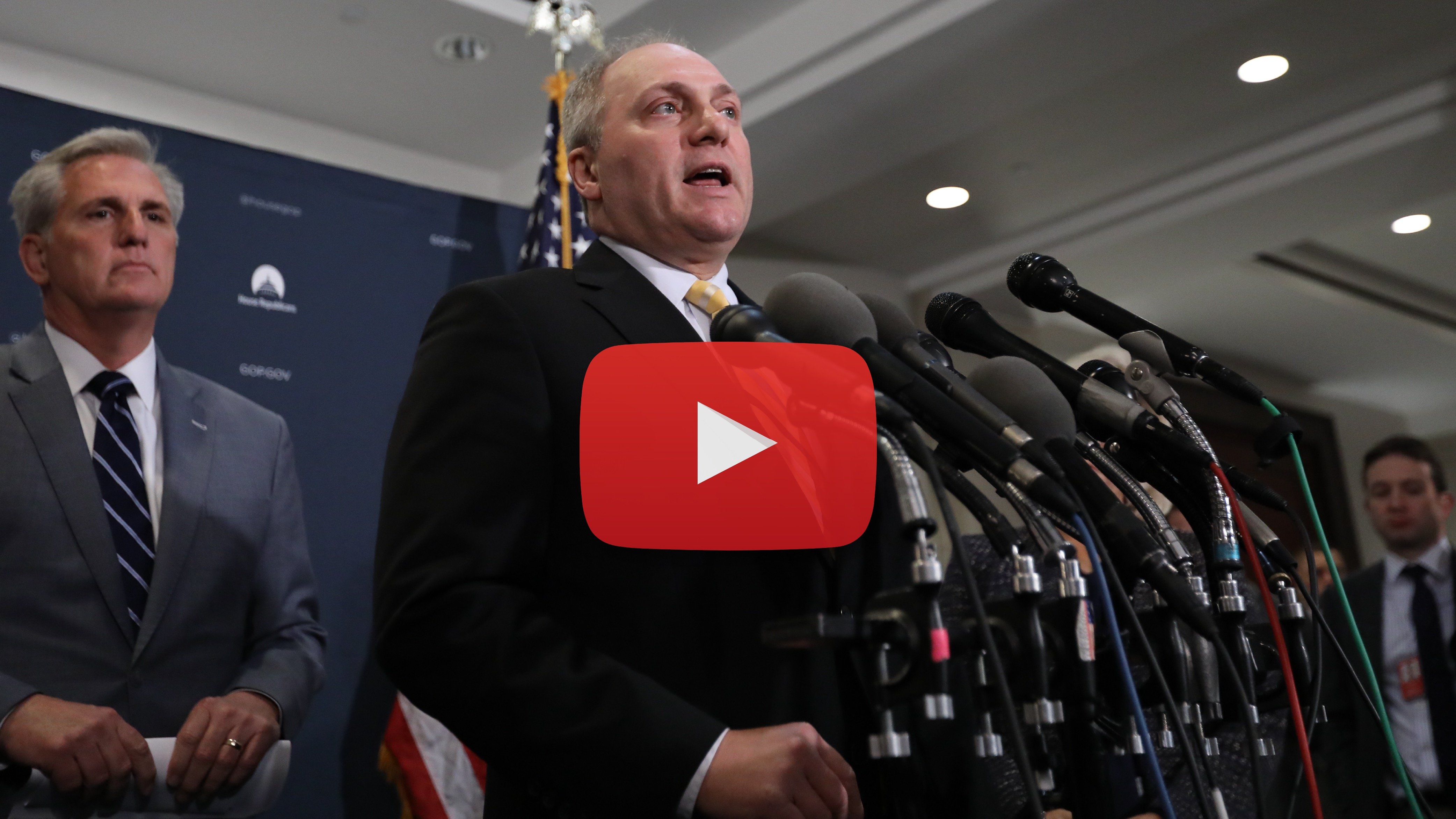 On Democrats’ refusal to negotiate with President Trump to keep America safe:

“We have a clear crisis at the southern border. I appreciate the fact that President Trump has a strong resolve to solve this crisis, while working to reopen the government. What we have seen from Pelosi and Schumer are refusals to negotiate.

“This goes back to weeks ago, when we passed a bill out of the House to fully fund the remaining agencies of the federal government while solving the crisis at the southern border. That bill went over to the Senate. The President immediately started to offer a negotiation with Chuck Schumer. They started talking numbers through the Vice President, yet not one day did you see a counter offer.”

On the severity of the crisis at America’s southern border:

“Vice President Pence did a great job addressing our conference to explain how serious this crisis is and to talk about the numbers. The numbers are astounding. They are alarming. I’m sure President Trump is going to go into some of that tonight.

“Just last year, over 17,000 people with prior criminal convictions tried to cross the southern border and were caught. Those are just the ones we caught. How many more got through because we don’t have a secure border? That is what this is all about.”

On Republicans’ commitment to fully funding the government while securing the border:

“We want to get the entire government reopened while securing the border. You can’t have one without the other. You can’t say you are for border security and then refuse to support the very things it is going to take to secure the border.

“We’ve got to get this problem solved. We’ve got to reopen the government while securing the border. That is what this battle is all about.”