WASHINGTON, D.C.—House Republican Whip Steve Scalise (R-La.) joined fellow Republican leaders today to argue the need for increased border security. Whip Scalise stressed that if Democrats claim to support border security, now is the time to finally back up their words with action and support the funding necessary to keep America safe. 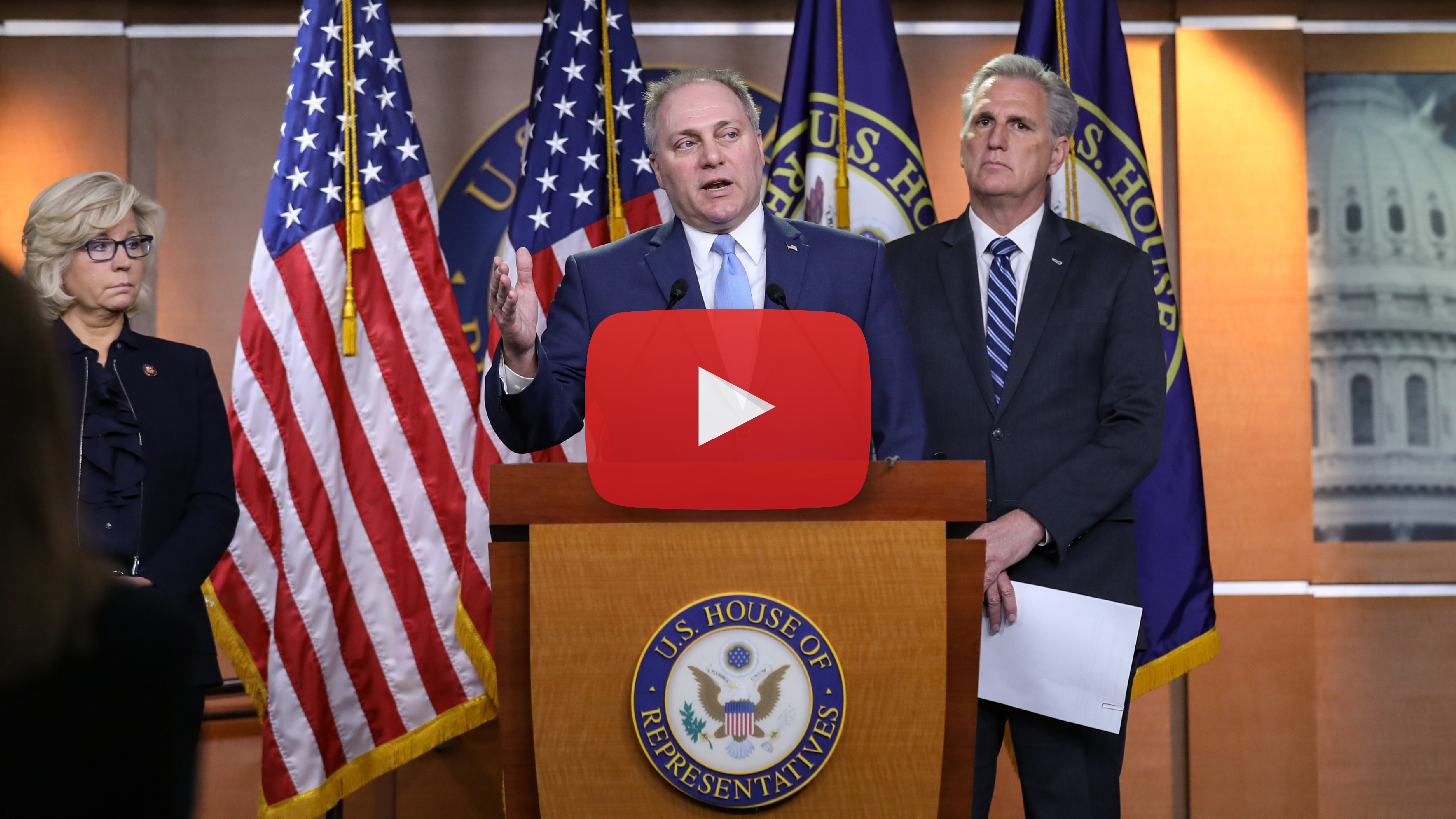 “We need to secure our border. That’s what this fight has been about from the very beginning. The crisis we have at the border has been a problem that’s growing. The President ran and campaigned as a candidate for President saying that he would secure the border and build a wall.

“If you look at where this debate has gone, you see more and more Democrats now trying to say they’re for border security because they recognize that it’s a problem the country wants to see resolved. Yet they’ve been unwilling to put any money behind those hollow promises. This is a time where people need to actually stand up and say where they are.”

“The President put a detailed offer on the table of what it’s going to take to secure the border, and the Democrats have refused to even put a counteroffer down. Nancy Pelosi just two weeks ago jokingly said the most she would support is a dollar. A dollar. Then she called a wall immoral.

“People know that if you have a problem around your house, sure you’re going to lock your door, but you are also going to put a fence up to make sure that the people that come in are the people that you want to let in. When Chuck Schumer in 2006 voted for the Fence Act, the language in that bill allows the Department of Homeland Security to do most of the things they need to do. Chuck Schumer voted to authorize $50 billion to be spent to build fences.”

On the need for Democrats’ to bring their own proposal to the table:

“What President Trump is saying right now, it’s going to take $5 billion to secure our border today. When Chuck Schumer voted in 2006, he voted to authorize $50 billion, but he never put any money behind it. It’s time to put up. It’s time to actually deliver on your false promises. If you’re for border security, which many Democrats, even Nancy Pelosi say they’re for, yet, they’re not willing to put up more than a dollar to secure the border? That’s an insult.

It’s an insult to all those families that didn’t get a paycheck last week, who want this issue to be resolved. This issue ought to get resolved by people sitting at the table and actually negotiating in good faith. Not refusing to come to the White House. Not refusing to put a counteroffer on the table. The President says, ‘I’m willing to negotiate, even on the definition of a wall.’ He said he’s willing to negotiate on the amount of money.

‘If the Democrats want to provide less than what our experts who risk their lives say it will take to secure the border, they ought to have a detailed plan to show how they’re going to secure the border. People are tired of them saying they’re for border security and yet refusing to actually support the funding it will take to secure our border. It’s time for this to end. It’s time for Nancy Pelosi and Chuck Schumer to, for once, put a counteroffer on the table if they don’t support the plan that’s on the table that was developed by our experts who risk their lives to secure America’s border.”