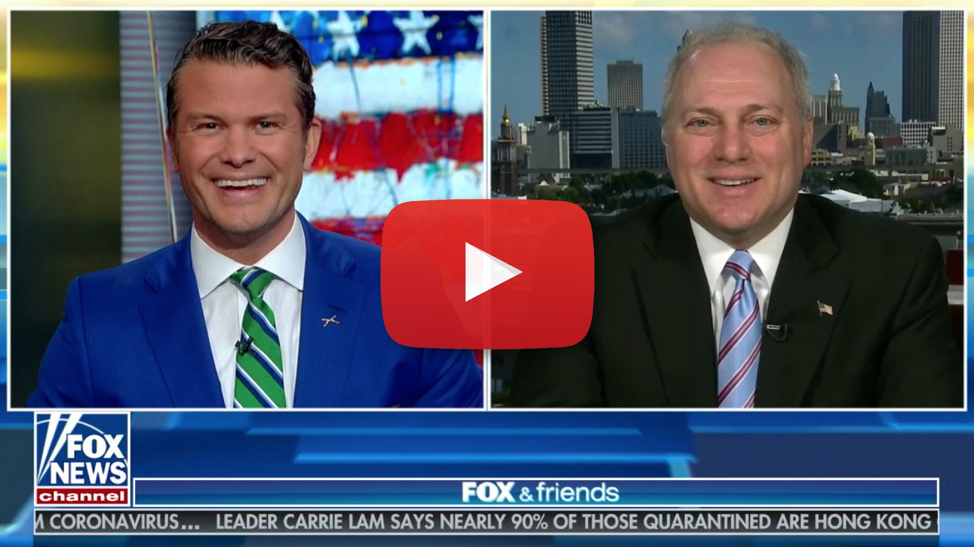 “This was a great week for President Trump, not only has he dominated in terms of delivering for the American people, the promises that he made – promises made, promises kept. Frankly, that started the week in Iowa. I was able to go to Iowa on behalf of the President and the rest of his team. And look, the people there were excited about what the President’s done to deliver for them. The Democrats showed on the other side they can’t even learn how to count, let alone manage the economy, or take over your health care. So, I think that was a great contrast. His State of the Union speech, I thought was another right out of the ballpark, just really touching on all the great things about what makes America great, what he’s done to fight for those forgotten men and women and deliver results for hardworking families. Contrasted with Speaker Pelosi becoming unhinged, literally [at the State of the Union]. And then of course, like you said, a great jobs report. Another 200,000 plus jobs created, great economic numbers, best in generations, lowest unemployment amongst so many different demographic groups – best in the history of the country for them.

“And then you look, you know, killing another terrorist while you’ve got on the Democrat stage, literally every candidate for president on the Democrat side saying they would not have killed a bloody terrorist who took out hundreds of servicemen and women. I mean, what are you doing when you can’t kill a terrorist who not only killed hundreds of men and women in uniform, but was in Iraq literally that day plotting to kill more Americans, and [Democrats] wouldn’t [support] that. So, great contrast, great week for the President.”

“Clearly Democrats don’t get [what the American people want]. You know, you see again they’re doubling down on [killing a terrorist]. The debate last night, you know, where they’re literally applauding failure and standing up for terrorists. Saying they would not kill a terrorist. What else do you need? What other evidence do you need? Soleimani, everybody knew, was one of the bloodiest terrorists since Osama bin Laden. And look, we applauded Obama when he took out bin Laden. They can’t applaud Trump for anything good that happens, and families are watching this. They’re saying, ‘Wait, I’m more successful, I’ve got more money in my paycheck because President Trump’s delivered,’ and that success of hardworking families is what [Democrats] decry the most.”