WASHINGTON, D.C.—House Republican Whip Steve Scalise (R-La.) joined Fox News Channel’s Fox and Friends to discuss House Democrats’ political mission to impeach President Trump since day one because they can’t stand the fact that he was elected President. Whip Scalise pointed out over 100 Democrats for voting to impeach President Trump before the phone call with Ukraine even took place. Their entire inquiry is a political sham and the American people deserve better. 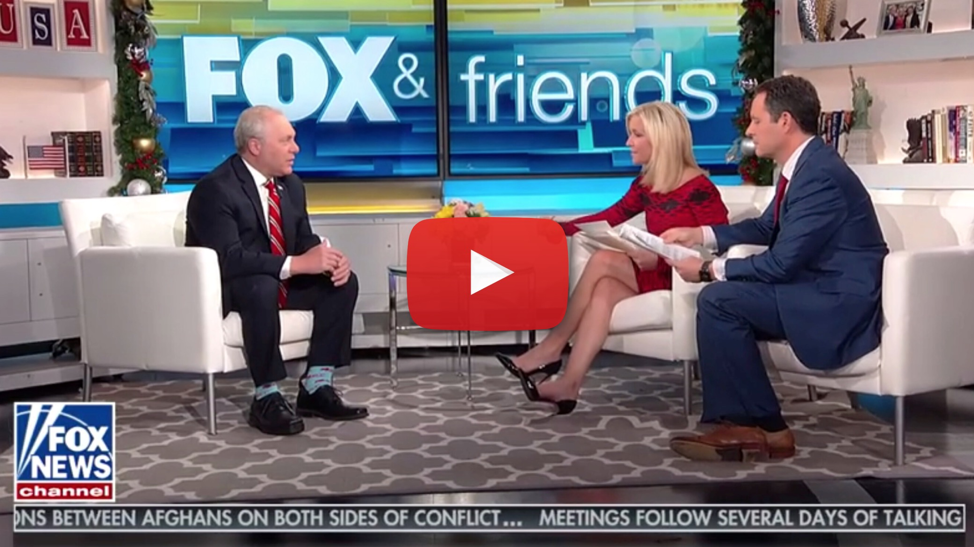 On Democrats’ mission to impeach President Trump since day one:

“I think [Democrats] are questioning the voters of this country, it’s an insult to the voters of this country who should be the ones to decide whose President next year, when they would rather take that option away because they think the President’s going to get elected. It’s not why you impeach a President, because you disagree with his policies or because he won an election when you would wish you would have won the election.”

“It’s a real concern, I mean the fact that Adam Schiff has been spying on members of the press, on Members of Congress, on the President’s own attorney. Who else is Adam Schiff spying on, and where are the rest of these phone records? Literally, where he subpoenaed phone records of people and he released selectively some of those reports. We don’t know all of what he has, he only selectively went after people who he has political disagreements with.”

“Adam Schiff has those sources now, because again, he went after using his subpoena powers, this is why it’s a potential abuse of power, he used his subpoena powers to go and start getting phone records of people. We don’t know who all the people are that he got phone records of. We do know some people in the press, some Members of Congress, are people who he had been spying on. The press ought to be outraged about this, by the way, because it does really go after their ability to do their job because you get sources, anonymous sources sometimes, [Adam Schiff] now has their phone records. He knows who’s calling some journalists. Who are the other people that he’s spying on right now, why doesn’t he release all of those records? Not selectively to try to hurt his political opponents. It’s not why you have that power of subpoena.”

On the failure of the Democrat majority to accomplish results for the American people:

“[Nancy Pelosi] has been on this rush for impeachment from day one and she wants to do this to appease her political base. The radical left has wanted to impeach the President from day one. She knows politically it’s a bad thing for them to be doing.”

“I think she’s beholden to the far left and the AOC’s of the world. AOC tweeted out, just days before [Speaker Pelosi] announced impeachment, AOC tweeted out that it’s the Democrats in Congress, not Republicans or the President, who are the threat because they’re not going after him. Literally days later, [Speaker Pelosi] announces she’s going to impeach the President. That’s all out there. The bottom line is, people wish we were focusing on real things that matter to them, like lowering drug prices. A package of bills came out of the [House Energy and Commerce Committee] unanimously. Every Republican, every Democrat voted to lower drug prices. Pelosi won’t bring that package of bills to the [House Floor], because of impeachment. USMCA, more jobs and better trade relations, but she won’t do that because of impeachment.”