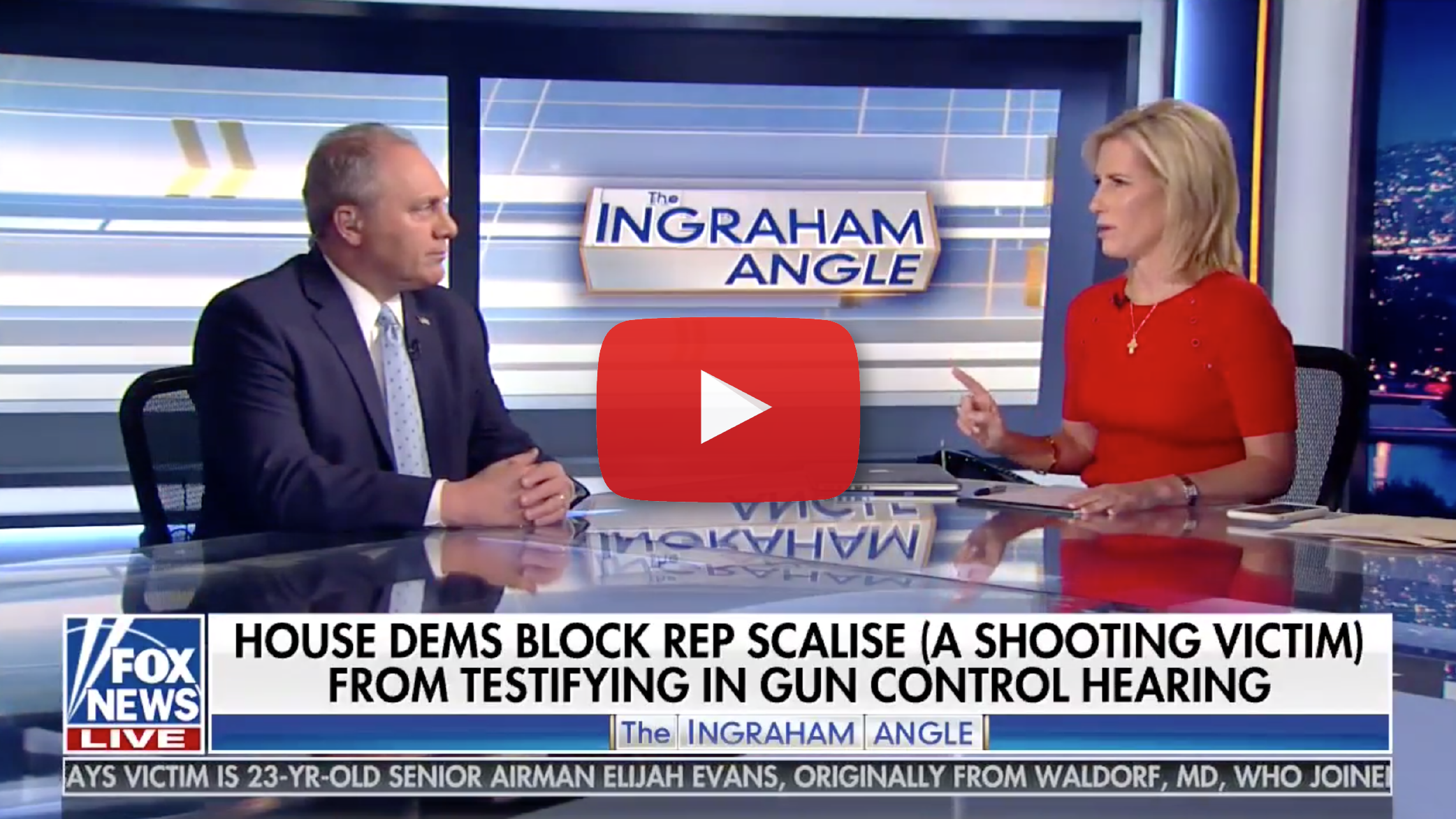 On being barred from testifying during the House Judiciary Committee’s hearing on reducing gun violence:

“It was pretty bizarre. Historically, when Republicans were in charge, even when Democrats were in charge prior to this more radical leftist majority, if a member of Congress wanted to testify on a committee, they always provided a venue for that to happen. In this case, they were having a hearing in the Judiciary [Committee] on reducing gun violence. I’ve got a perspective, clearly mine dealt with something that happened to me, and I saw how guns were used to save people’s lives. It should have been able to be part of the testimony. They wanted to focus on taking away the rights of law-abiding citizens, which their bill ultimately does.”

“This is how they are playing. They think they can silence conservative voices. You know what? They can’t silence our voices. We are going to get this message out anyway.”

On the Democrats’ proposed gun control legislation that would reduce the rights of law-abiding citizens:

“Go read their bill, H.R. 8. If you loan your shotgun to a friend of yours to go hunting, under certain circumstances in their bill, you could go to jail for a year and have a $100,000 fine.

“Their bill would under certain circumstances actually allow that to be a felony where you could get a year in prison and $100,000 fine. Basically, if they think it was part of a gun transaction of you selling your gun or loaning your gun to somebody else. The gun-control is what they are trying to get at. They want full-gun registration. They want to take away your rights. If their bill would have passed, it would have done nothing to stop the shooting that happened in my case, the shooting that happened in Parkland, a lot of these other tragic shootings. It would take away the rights of law-abiding citizens to have a gun.

“They are trying to hide behind, ‘Oh we don’t want any rights taken away, we want to limit gun violence.’  It’s about taking away your rights to own a gun. We’re going to call them out on it. They are not going to be able to silence these voices. Let them play these charades and have kangaroo courts but in the end the American people are watching.”

On Democrats removing ‘so help me God’ from sworn oaths:

“This is something new that Democrats are doing in their majority. Every House committee sets their own rules and the rules for swearing a person in. The Committee on Natural Resources last week literally tried to change the swearing in oath that you take to remove the phrase ‘so help me God.’ Republicans on the committee objected and they put it back in, but they tried to sneak it through.

“These are Democrats that are now chairing committees. This is Pelosi’s majority. All those Democrats who won saying they are pro-life, pro-gun, and they are against Pelosi, they elected Nancy Pelosi as Speaker. Now they are trying to take away God. They’re trying to silence voices. They’re trying to take away your gun rights. This is only in their first month. Everybody pay close attention. Donald Trump, last night, laid the foundation for what we need to do to get our country back and to reject socialism. They wouldn’t even stand up to reject socialism. That is where they are going. If they want to own socialism, let them own it.”