Whip Scalise also recognized the Trump Administration’s consistent efforts to protect the health and safety of Americans against the Coronavirus. Instead of turning this into a partisan issue, Whip Scalise urged Congress to work together to provide the necessary tools to combat the Coronavirus.

Additionally, Whip Scalise emphasized the need for Congress to reform the FISA process to hold bad actors accountable and prevent future abuse of this process that is vital to our national security. 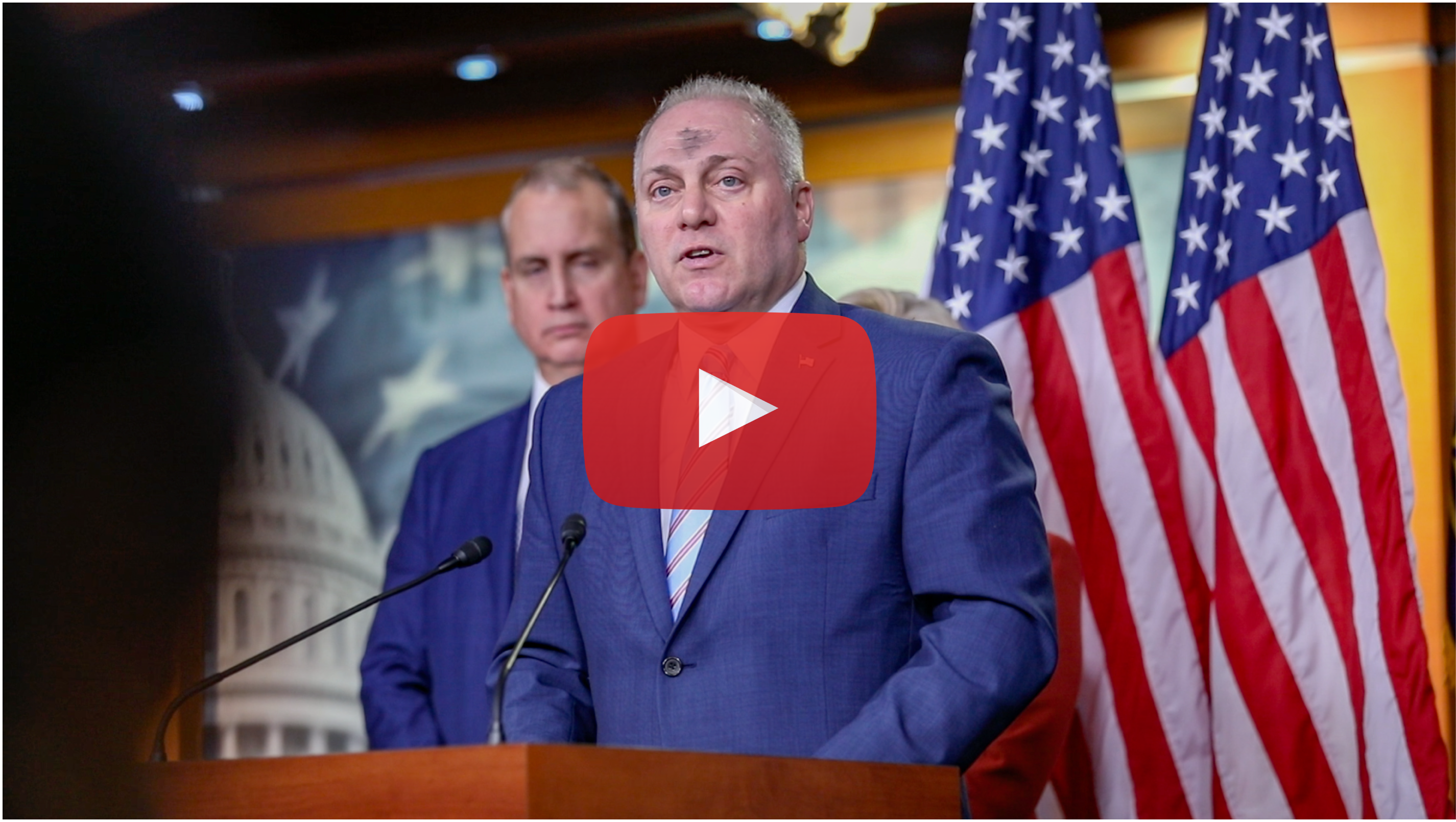 On the radical policies supported by today’s Democrat Party:

“[Rep. Mario Diaz-Balart’s] voice is so passionate and powerful to serve as a stark reminder to people of just how devastating the Castro regime and socialist regimes in general are to the people of those communities and those countries. Socialism is not only a failed ideology, so often those regimes that embrace socialism also deface and violate the human rights of the very people that live under those regimes. And anybody who wonders if that actually happens, just go talk to Mario Diaz-Balart, or so many other people who fled [Cuba] because they saw the devastating consequences of what socialism does to the human rights of people.

“And so, while the major leading candidate for President United States on the Democrat side is embracing some of the policies of the Castro regime, that same week he’s criticizing an organization like AIPAC who fights for freedom, who fights to have not only this great bond between the United States and Israel be maintained, and supporting our dear friend Israel as a Jewish state, but literally picking sides in this fight for determination of whether or not there will be a two-state solution, whether there will be a Palestinian state. To attack an organization like AIPAC, just baffles the mind that that’s something that a major candidate for president would do if you understand the history of what AIPAC fights for. And so, I want to strongly embrace and support the things that AIPAC stands for as they come to Washington so often to express that support, that unifying bond, that bipartisan bond between the United States and Israel that is shared here in Congress and what they represent.”

On the Democrat Party being taken over by socialism as Republicans promote freedom and opportunity:

“It’s unfortunate when you see what’s happening on the Democrat side, that their party’s been taken over by socialism as they try to rig the rules against the leading candidate for president. I’d be interested to see how many of our House colleagues would be willing to support Bernie Sanders if he were to be their nominee. But let’s have that debate, let’s see that debate in full view so people know just what is at stake as we try to advocate for those free-market principles that provide real opportunity to families. The principles that we’ve fought for working with President Trump that have put more money in the pockets of hard-working families, given them more control over their lives. Allowing the middle class to be rebuilt in this country, at a time when we saw it being taken away, fleeing to other countries. We’re finally bringing that back. We’re finally seeing those forgotten men and women being able to have an opportunity and a chance to seek the American Dream again in this country. And on the other side, all they talk about is having more government control and undermining some of those very things that have given more freedom and more opportunities to people in America, while embracing the ideologies that have been so failed and devastating to people in other countries. So, I hope the American people are watching this debate play out, because it will play out through November, but we’re already seeing just the stark contrast between what we as Republicans want to do to promote freedom and just what the leading Democrat candidates for president want to do to take away that very freedom, while associating themselves with people who are directly responsible for the deaths and denial of freedom to so many millions of people.”

On the Trump Administration and Congress’ response to the Coronavirus:

“In the middle of all this, we’re working with the administration to combat the Coronavirus. Leader McCarthy and I were at a bipartisan briefing at the White House just a week and a half ago, where you had the top health officials in the Trump Administration talking about the things that they’re doing to keep the Coronavirus out of the United States while recognizing just how dangerous it is, and also while trying to get more information from China so that we can find out how deep and severe this disease is spreading throughout their country. And unfortunately, they haven’t shared the information that they need to be sharing with us and the rest of the world so that we can make sure we’re taking all the steps necessary to keep our country safe, and to help come up with a vaccine to help prevent the spread of this dangerous disease. So, I look forward to hearing the President’s comments this evening, and I look forward to seeing Congress work together in a bipartisan way to make sure we provide all the tools necessary to combat the Coronavirus. This isn’t a partisan issue. Anybody that’s playing partisan games with this, especially while the President’s in a foreign country, should be ashamed of themselves. That’s not how we conduct business, that’s not how we solve problems. We work together, like we’ve done when we were in the majority with President Obama to make sure whether it was Ebola, or any other disease, that we were working with the President to combat it, not to try to find a way to divide the country, but by finding a way to work together.”

“And finally, there’s a debate going on today and over the next few days and weeks, to determine what is the next step in making sure that the FISA courts work properly to keep America safe. The FISA court has been an important tool in America’s national safety, but we saw that the FISA court was abused. Clearly, in the 2016 elections, there were some people in our intelligence agencies who abused the FISA court to carry out their own political agenda. That should never happen in the United States of America. The people who did it ought to be held accountable, the Horowitz Report identified some of those problems. I hope that the Durham Report actually names names so that the Attorney General can hold those people accountable who abused their positions of authority to try to change the outcome of a presidential election. And so, as they’re moving this through it should not be done in a partisan way, which unfortunately Chairman Nadler is carrying out, when members on our side from Ranking Member [Doug Collins] and [Jim Jordan] on down have proposed good reforms. Reforms that should be bipartisan, that not only makes sure it doesn’t happen again, but put real criminal penalties in place so that if somebody does violate the law they’re fully held accountable. That’s something that needs to happen, and I hope does happen through this process. Unfortunately, it’s not happening in Chairman Nadler’s committee yet, but I think he, as well as others, will recognize this is something that we need to come together on and work and address.

“No president, or candidate for president, ought to have federal agencies working against them in an election. Our elections ought to be free and fair and decided by the American people, not by bureaucrats in Washington abusing their power to try to determine the outcome of an election or foreign countries. And clearly, we’re working to make sure that foreign interference is not allowed to happen either. I’m glad President Trump is taking it much more serious in 2020 than [President Obama] did in 2016 when the Russians did try to interfere in our election process.”