Top line: After many hours of testimony from Chairman Schiff’s hand-picked witnesses, the Intelligence Committee’s impeachment hearings failed to establish any information to confirm Democrats’ allegations that President Trump committed bribery or extortion.

Instead, Democrats have made one thing abundantly clear: they are the party of impeachment.

Democrats cannot walk and chew gum at the same time. Speaker Pelosi’s impeachment inquiry has consumed precious time and resources, and Democrats have proven incapable of accomplishing anything to benefit American workers and families.

While Americans tuned in to watch witnesses confirm again and again that President Trump never personally ordered or directed a quid pro quo, legislative solutions on the American people’s real concerns not only stalled, but in the case of USMCA, regressed. 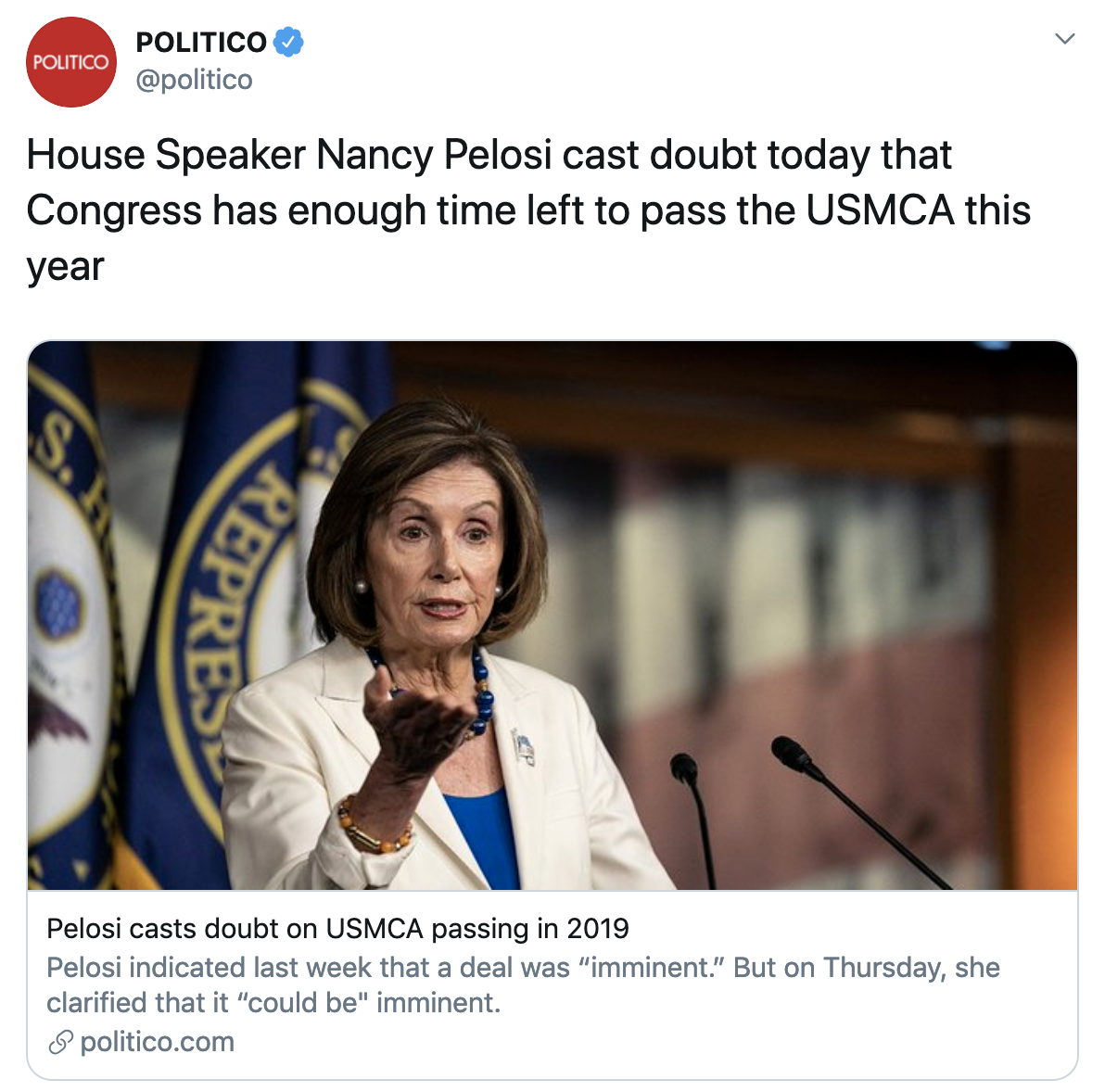 Where did Congress’s time go?

Was it spent lowering prescription drug prices for American families?

Was it spent addressing the humanitarian and security crisis on our southern border?

Was it spent passing the NDAA to ensure our military is properly funded?

Rep. Chris Stewart closed out today’s hearing with this reflection:

“I’d like to remind us of what I said yesterday. The American people expect a lot in politics. They understand the tussle, the fight, the debate. They also expect basic fairness, and these proceedings have been anything but fair.

“The Senate has an opportunity to fix that. I am confident they will. And I look forward to them completing the job we could have done here.” 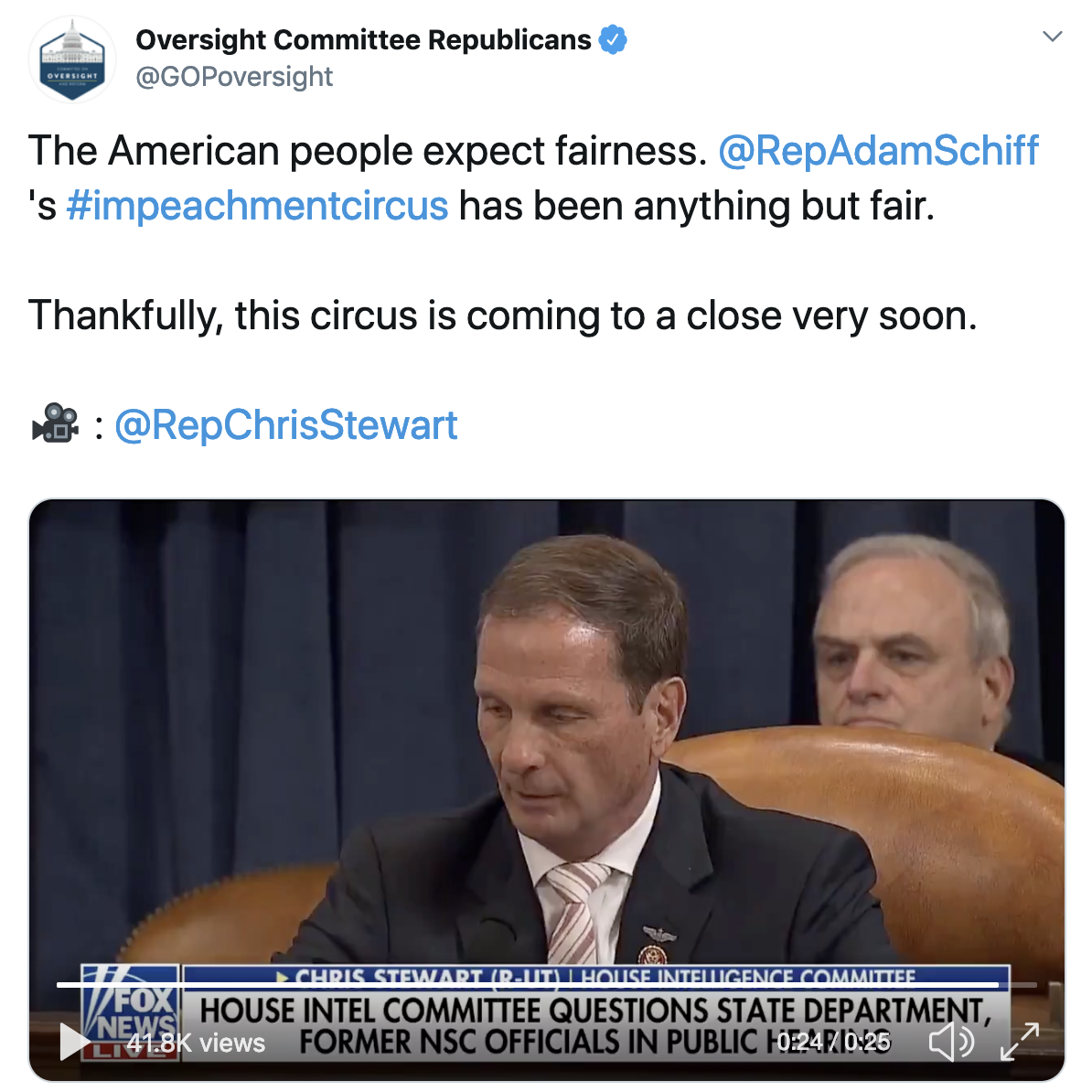 Bottom line: In the House, at least, this partisan circus will soon be coming to an end. Maybe then Speaker Pelosi will finally begin working with House and Senate Republicans, and President Trump, to deliver real results to the American people.