WASHINGTON, D.C. — Republican Whip Steve Scalise (R-La.) released the following statement after Democrats cut his microphone on the House Floor instead of answering his simple yes or no question: has the House been authorized to conduct an impeachment inquiry?

“Democrats are so determined to keep their impeachment process a secret from the American people that they cannot and will not give us a simple yes or no answer as to whether the House has authorized an impeachment inquiry of President Trump. Every impeachment inquiry in history was authorized by an initial vote, yet Speaker Pelosi has refused to follow that precedent. Does Speaker Pelosi not realize the appalling position she has put the House in? For proceedings with such monumental consequences, the American people must know that a fair process has been followed. Democrats continue to cast aside all historical norms in their insane and obsessive effort to overturn the results of the 2016 election.” 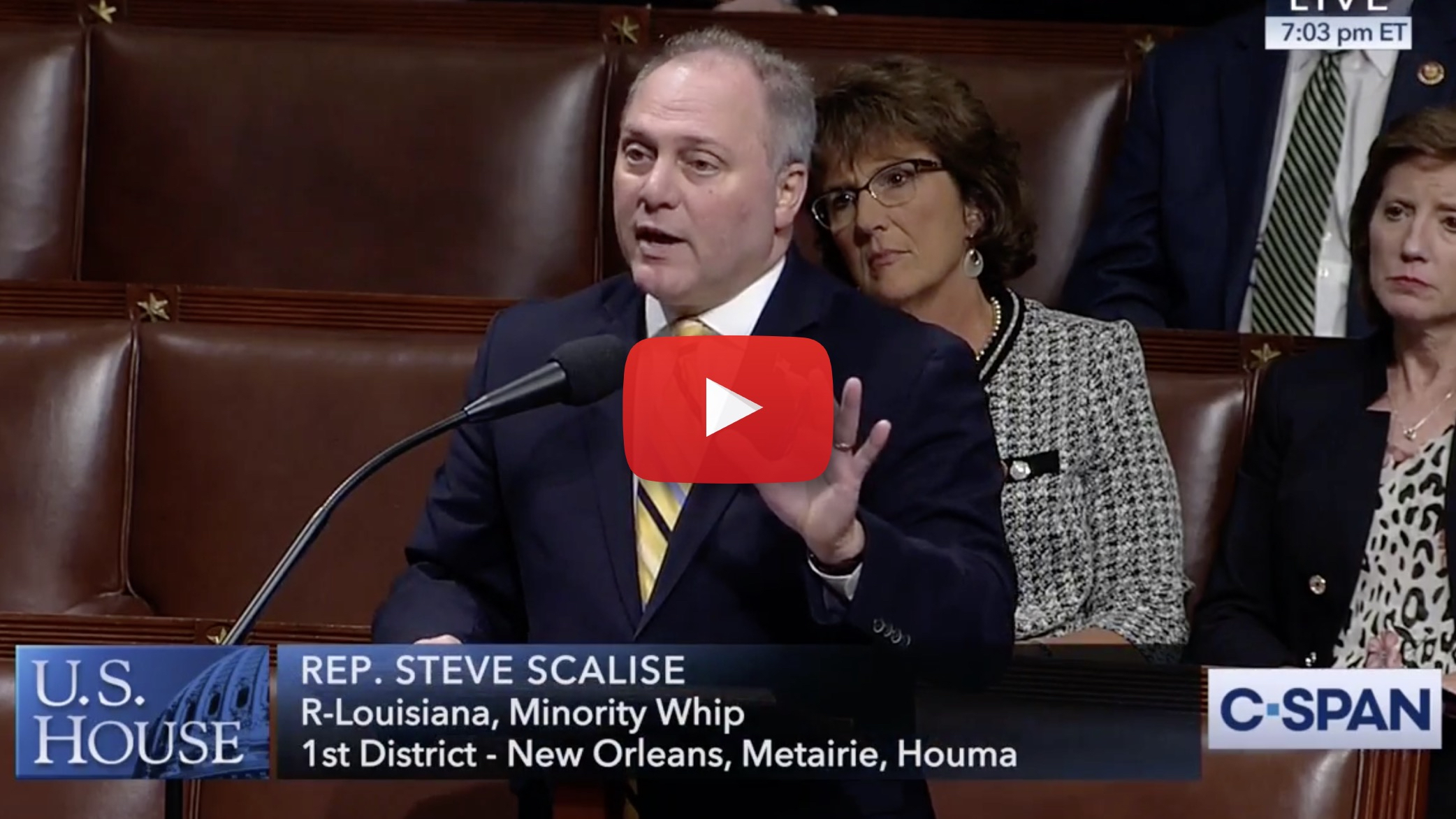 Click here or on the image above to watch the full exchange. 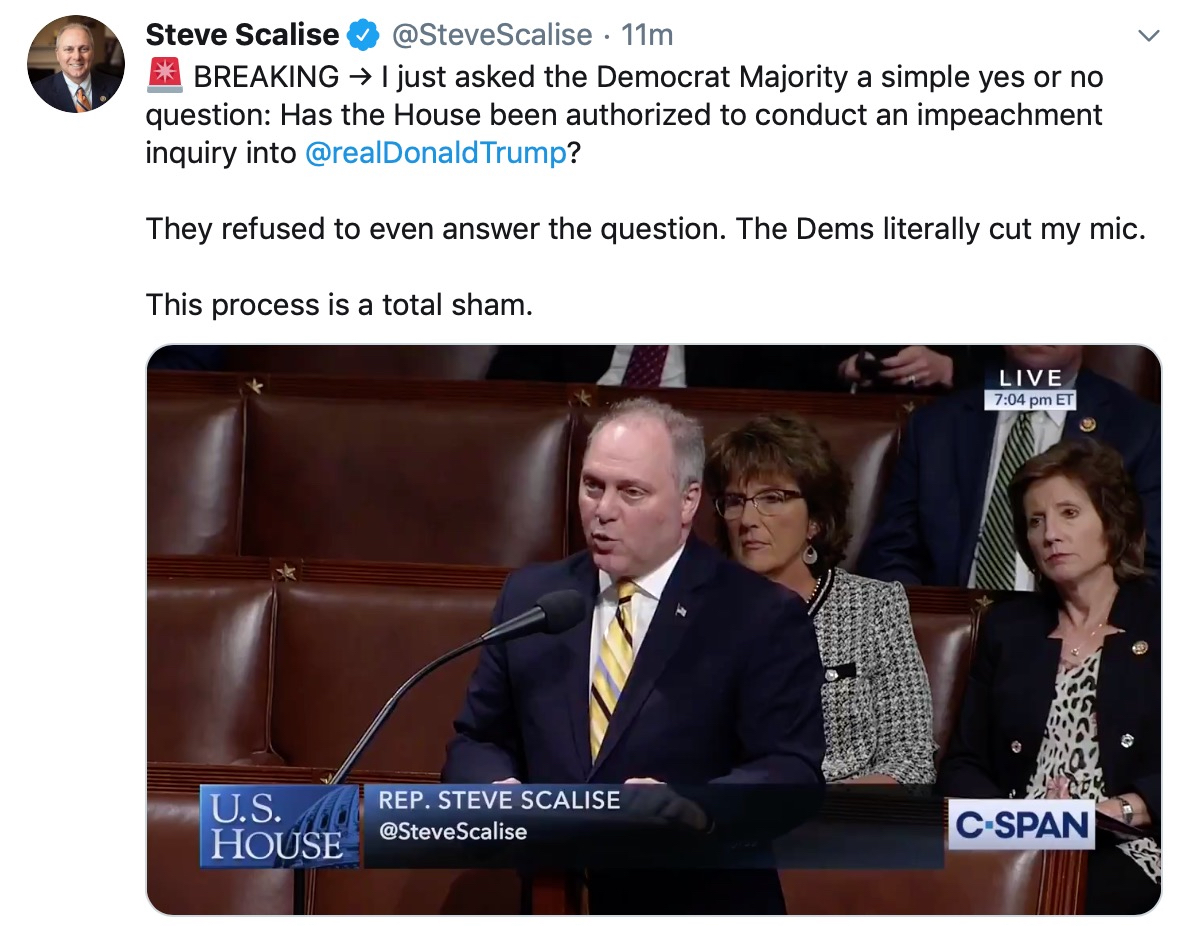 Madam Speaker, my parliamentary inquiry is this: has the House been authorized to conduct an impeachment inquiry into President Trump?