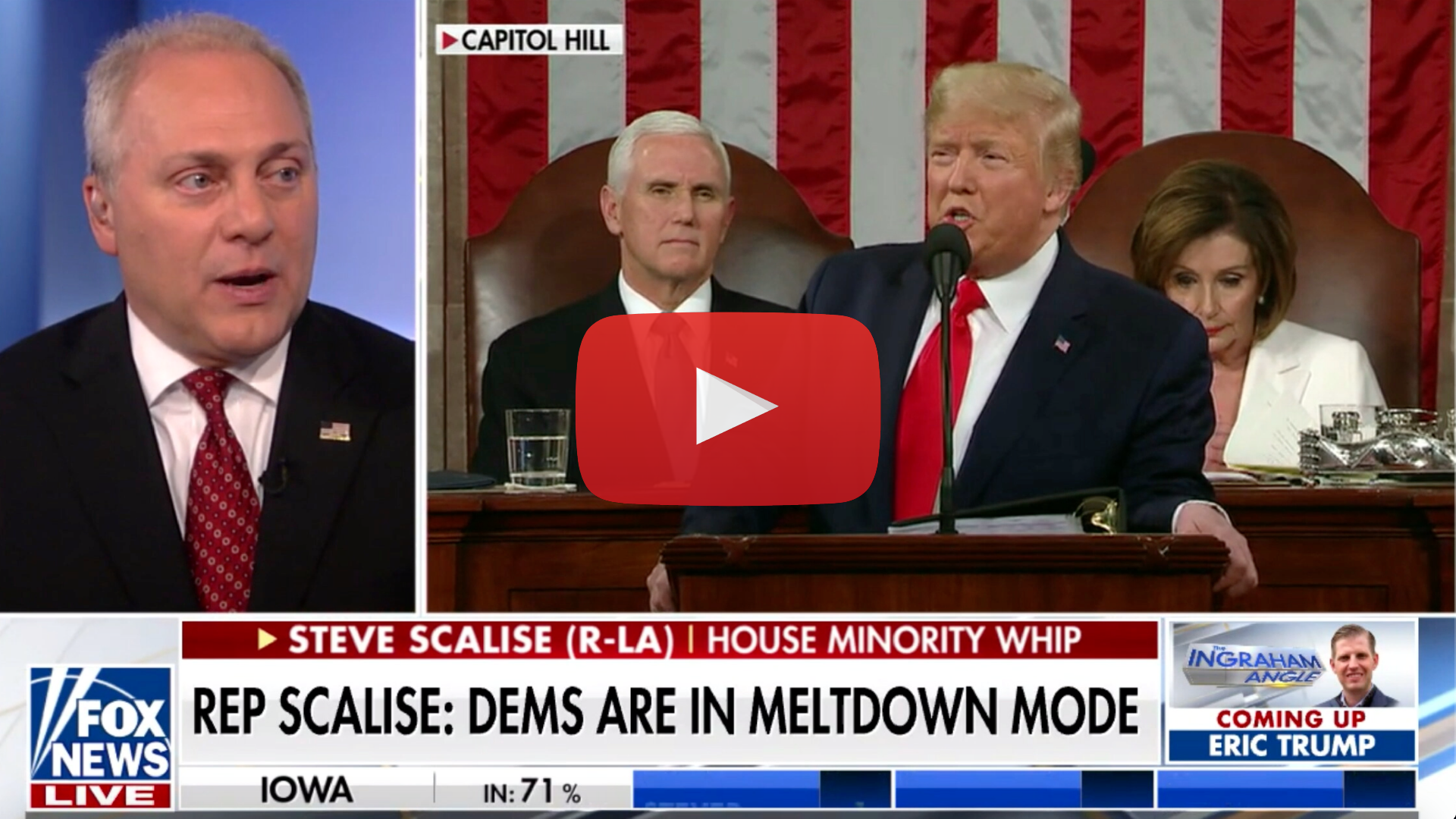 Click here or on the image above to watch the Ingraham Angle interview. 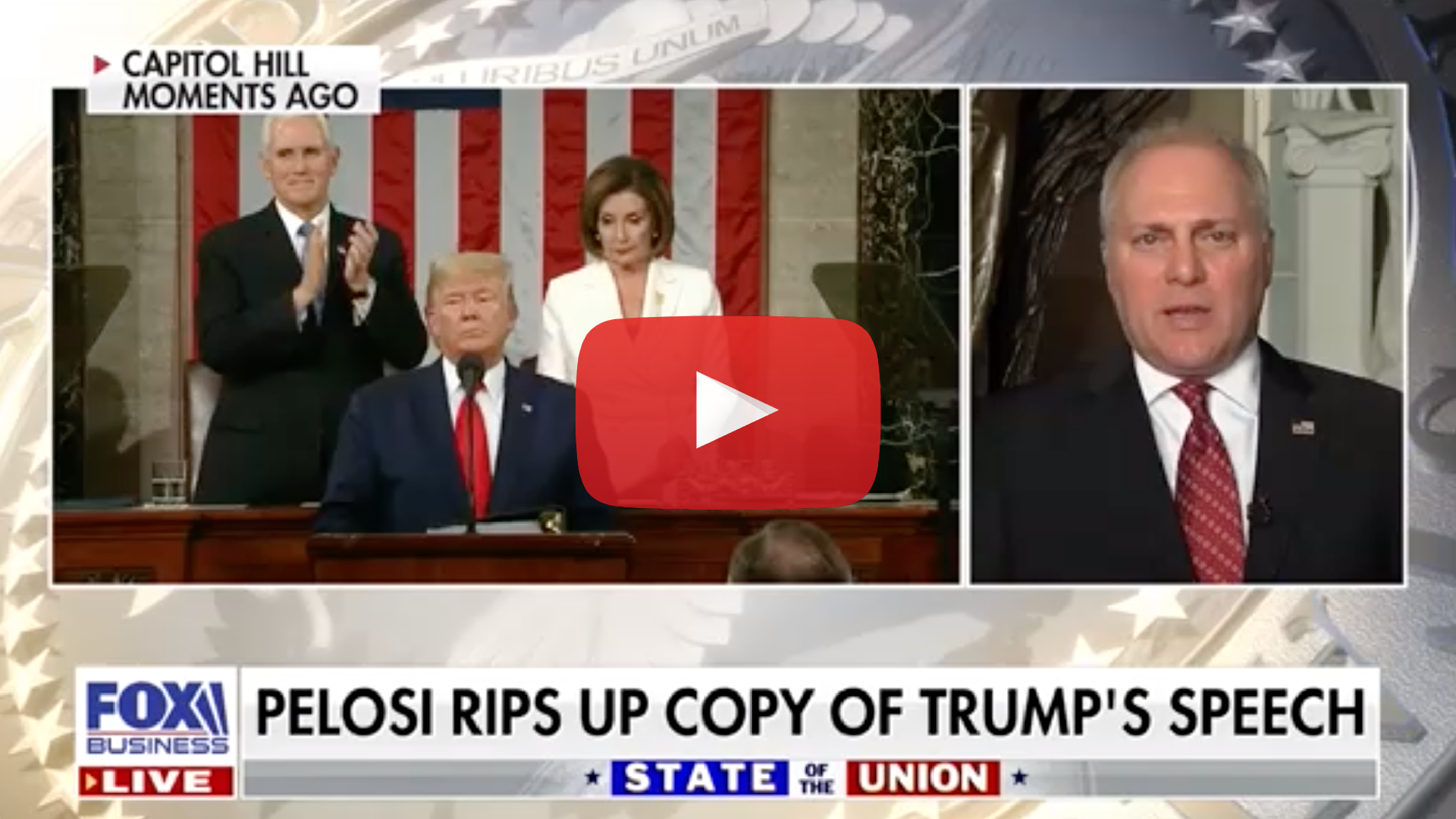 Click here or on the image above to watch the Cavuto interview.

“[Democrats] are in meltdown. Just remember, Jake Tapper had to tweet out earlier today that President Trump had a 49% approval rating – highest rating he’s had. You talked about 50% GOP rating. These numbers are scaring [Democrats] to death. When they watch the meltdown they had in Iowa, what a contrast, a party that cannot run an election. I mean, you could probably pay some college kids with a case of beer to write an app to count votes for less than 200,000 people. They couldn’t pull it off last night. And so now they want to run the country. They want to make a case when President Trump lists all the accomplishments, like Matt said, these are real accomplishments that are benefiting every family that was left behind, the millions of people, the working men and women that Washington had left behind, Republican and Democrat alike, that President Trump reached out to four years ago. They showed up and voted for him, and they’re going to show up again in November to reelect this President because he’s delivered on his promises.”

On Democrats’ putting their hatred of President Trump over the victories he’s accomplished for our country:

“This President, more than anybody, Laura, cares so much about law enforcement, our men and women in uniform. He rebuilt our military at a time, keep this in mind, when President Trump took office we had more men and women in uniform dying from training exercises, more than combat missions – by a five to one margin. Flying on a plane, training at an American military base, you had a higher likelihood of dying than being in Afghanistan. [President Trump] fixed it. When that soldier walked in and his wife and kids were there, there wasn’t a dry eye in the house. But to watch Democrats sitting, sitting instead of applauding [the] killing of terrorists, sitting instead of applauding a girl being able to get opportunities in life because she doesn’t have to go to a failing school.”

On Democrats’ refusal to support our great American comeback:

“[Speaker Pelosi ripping President Trump’s speech] was one of the most disgraceful things I’ve seen. You know, the State of the Union address, it’s a time where we talk about what’s great about the country and the President’s theme was the Great American Comeback, something we all should be celebrating. Clearly there are political issues that get blended in and, you know, one side sits down, the other side stands up. Frankly, I was kind of shocked that they would sit down when we were talking about killing terrorists, things that used to unite this country. The fact that they can’t even celebrate that. Some of the other things they sat down on – you know, the lowest unemployment for African Americans and Hispanics in the history of our country, we should all celebrate that, but they would sit down for that. So I thought that would look bad for them. But when she did that, rip the speech, you know it’s just a new low that you see with this impeachment, this personal vendetta that they’ve had against this President, I think it looks bad upon them. I think people that are watching this at home, you know, that might not agree with everything, that might not be hardcore left or right, that just want the country to be successful, they look at that and they say, ‘Wait a minute these people just don’t have the kind of level of respect for what makes America great.’ And I think in the end it, you know like when you’re seeing what’s going on in Iowa last night, their party’ is in a meltdown right now and maybe it’s affecting their better judgment.”

“I think that optic is going to look bad for her ultimately, and that’s something she’s going have to answer for. And if that’s what they want their party to represent, I think they’re going to lose a lot of middle America. The hard-working people, by the way, who are benefiting from the work that President Trump is doing. He truly is rebuilding this country, and whether you agreed with the policies or not, if they’re working you ought to applaud it. Just because you vote for or against a bill, if the bill actually helps people who are doing better. When he talked about, you know, that young girl who didn’t have opportunities in a failing school and now she’s able to go to the school of her choice, everybody should applaud that. And so, again, I mean people are watching this at home and I think it not only looks childish, it looks disrespectful and it’s a low for the institution to represent yourself as Speaker of the House that way.”

“I think it was President Trump saying, ‘I’m not going be deterred.’ I mean this is a President who stared down a lot of people. He stares down bad guys and terrorists, he’s taken on China, he’s taken on Iran, he stood up for what’s great about this country. And again, the theme was the Great American Comeback because it’s working. Again, disagree or agree with policies, you can stand and sit during certain things if you don’t agree with a proposal he’s laying out, but when he talks about a result where American families are doing better.”

On the political discourse in our country today:

“It’s at a low point, I mean clearly. And what you talked about, I mean it was special when I came back. You saw that there are times when people can come together, and we’re going to get back to that point. But I think they are so fixated on almost a hatred for the President, that it’s clouded a lot of other judgment that they should otherwise have. You know, and we’re going to get through this election. I think the President’s going to get reelected because of the story he had to tell tonight, but they’re going to have to figure out how to come together. And when he says, ‘I want to work with Congress to lower drug prices,’ they ought to be willing to work with him because he wants to do that. On criminal justice reform, that was a very bipartisan bill that was signed by the President that he worked with Democrats on. They ought to get back to that approach of working with him, and not just looking at him as a guy they want to beat in an election.”