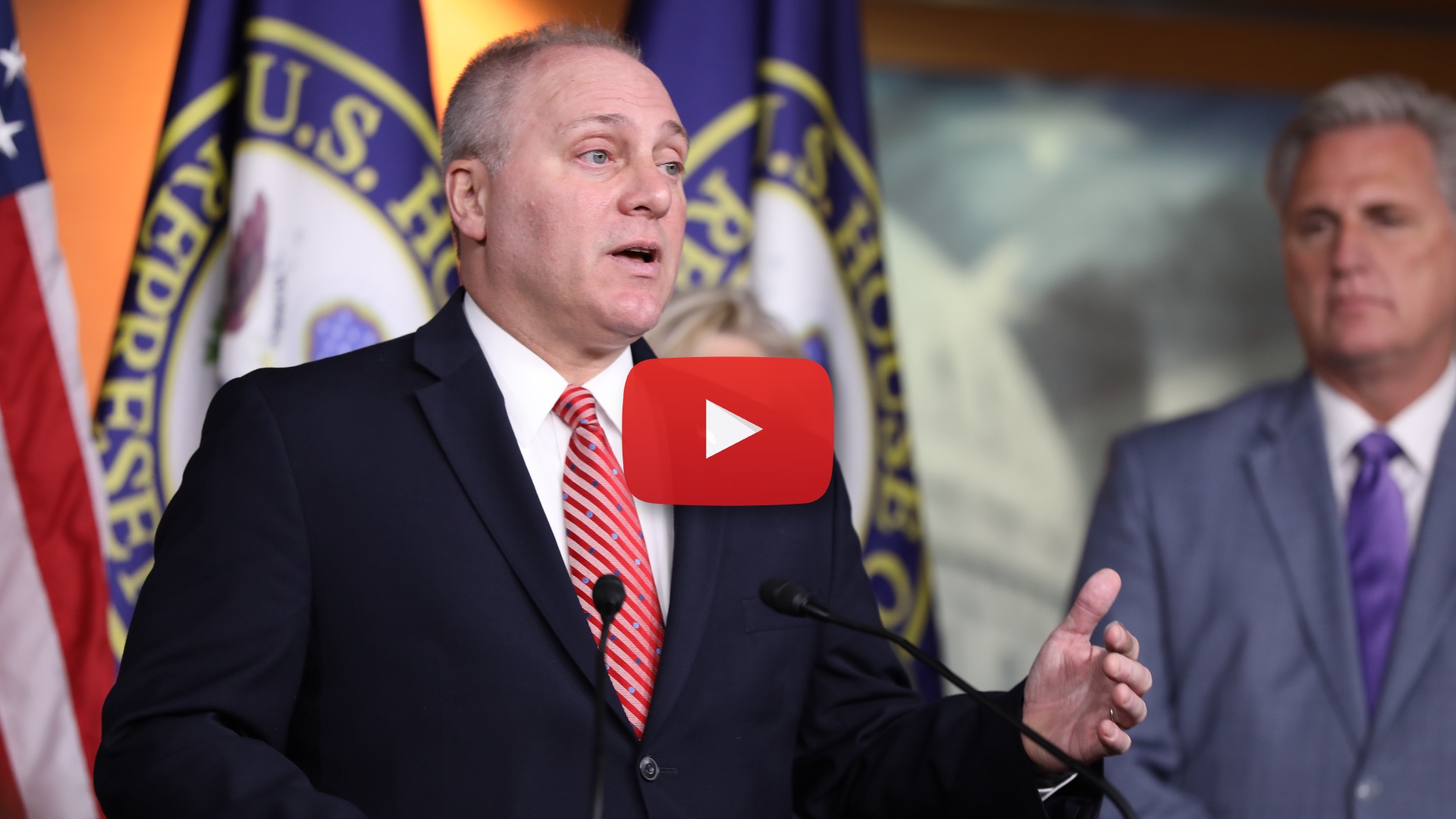 “We need to properly fund out nation’s defense and not just stopgap measures. We’ve got to get full-year funding for our military and we’ve got to get it done quickly. Speaker Pelosi needs to end this infatuation with impeachment and start focusing on the real problems ofthis country that are not getting addressed – like properly funding our defense, like passing a bill to lower drug prices. When a bill came out of committee unanimously, every Republican and every Democrat voted for a package of bills to lower drug prices. That could be law today. People could be paying less money for prescription drugs, but Speaker Pelosi won’t bring that package of bills to the Floor because she’s infatuated with impeachment.”

“I want to commend our United States Armed Forces and President Trump for leading themission that took out ISIS leader al-Baghdadi. This is a major victory for America’s war against terror. It’s critical to show the world that we’re not giving up, in fact, we’re going to continue rooting out anybody who wants to try to do harm to this country. And if you look at what al-Baghdadi was doing just a few weeks ago – sending out recruiting videos, he’s never given up on his efforts to try to re-establish the caliphate. What he’s also been doing to try to encourage ISIS terrorists to escape from prisons, he can’t do that anymore, because he has finally been brought to justice. And so, I commend our United States Armed Forces and President Trump for leading that important, critical mission. We need to continue to support them. Not just in words, but in deeds here in Congress.

“And finally, we still wait to see what Speaker Pelosi’s going to file, but the bottom line is Speaker Pelosi admitted defeat in this failed process – this Soviet-style impeachment process that Adam Schiff’s been conducting. The fact that over 75 percent of the Members of Congress cannot go down and view what’s happening in that room – can’t listen and hear the testimony. By the way, that represents more than 230 million Americans whose voices are denied right now. 230 million Americans that can’t find out what’s going on in that room as well. And even the Republican Members in that room can’t call their own witnesses. Adam Schiff is the only person that decides who comes into that room and who’s going to be able to testify. Everybody knows that doesn’t pass the smell test. It is a Soviet-style impeachment process and anything that would try to validate this tainted document that [Adam Schiff] has been creating for the last few weeks needs to recognize that it’s not rooted in fairness and the American people do believe in due process – even if Speaker Pelosi is trying to deny that to the President. So, we will work hard to soundly reject any resolution that tries to validate the tainted document that Adam Schiff has been creating in secret, behind closed doors.”