Both men testified under oath that they witnessed no bribery, no quid pro quos, and no illegal actions by President Trump. 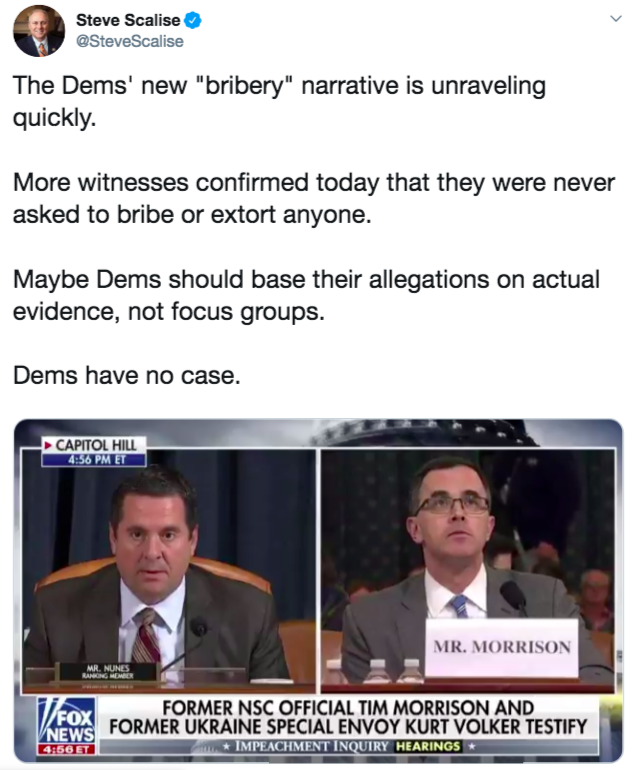 The most important takeaway from this afternoon’s hearing is that both Mr. Morrison and Ambassador Volker repeatedly, consistently, and in no uncertain terms dismantled the Democrats’ allegations that President Trump committed high crimes and misdemeanors on and around the July 25th phone call with Ukrainian President Zelensky.

Here are some highlights:

Rep. Elise Stefanik set the record straight as she questioned Mr. Morrison about the July 25th call, and Ambassador Volker about the readout from the call and the reaction from the Ukrainians.

Rep. Stefanik: There was no mention of withholding aid on the call, correct?

Mr. Morrison: That is correct, Congresswoman.

Q: And there was no quid pro quo, correct? 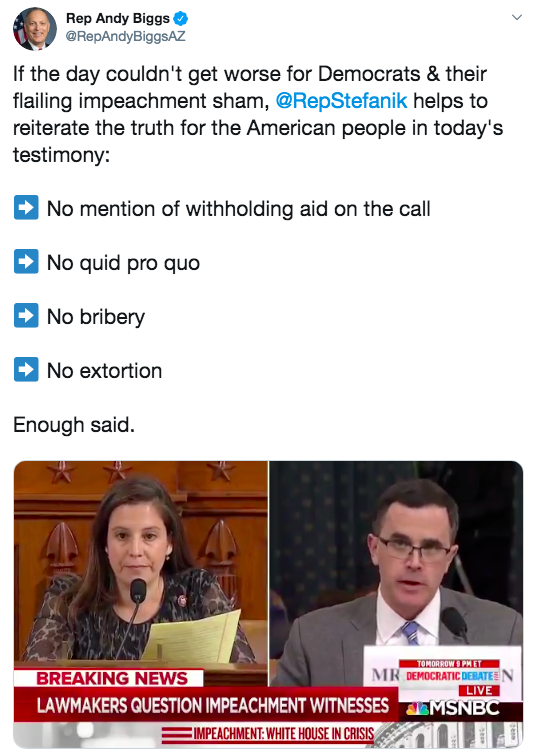 Rep. Mike Turner pointed out that many of the Democrats’ witnesses thought or felt President Trump meant something, but during an impeachment hearing for the President of the United States, all that matters is what the President said and did.

Rep. Turner: Did the President of the United States ever say to you that he was not going to allow aid with the United States to go to Ukraine unless there were investigations into Burisma, the Bidens, or the 2016 election?

Ambassador Volker: No he did not. 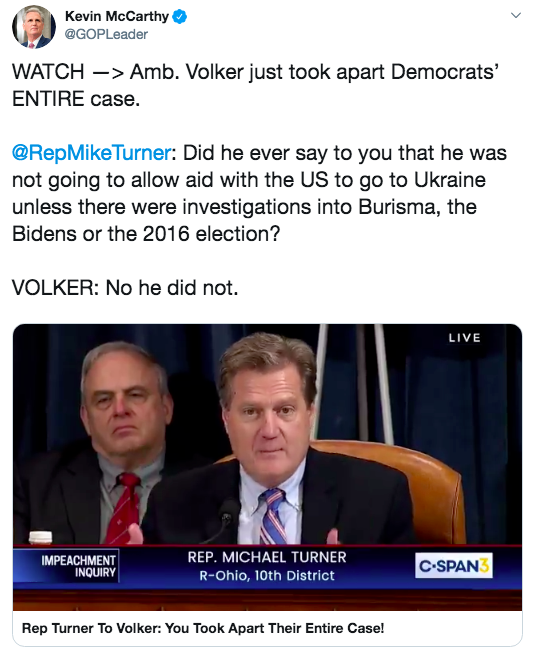 Republican counsel Steve Castor simply and methodically destroyed the Democrats’ new “bribery and extortion” narrative, which they hoped would poll better with Americans andthe independents they are rapidly losing.

Mr. Castor: In no way, shape, or form in either read outs from the United States or Ukraine, did you receive any indication whatsoever, or anything, that resembled a quid pro quo. Is that correct?

Q: And the same would go for this new allegation of bribery?

A: I was never involved in anything that I considered to be bribery at all. 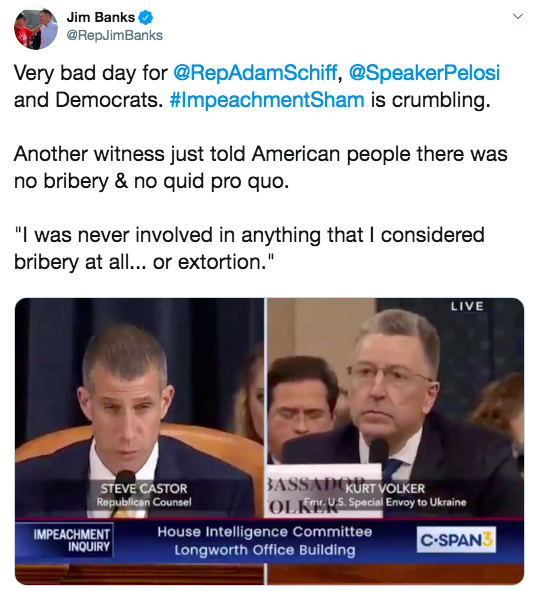 Bottom line: After all these absolute refutations of the Democrats’ narrative, it’s hard to see how Speaker Pelosi and her liberal lieutenants have any case to impeach the President. Meanwhile, Pelosi refuses to bring bipartisan legislation to secure the border, reduce prescription drug prices, and secure fair trade deals to the House floor.