WASHINGTON, D.C.—House Republican Whip Steve Scalise (R-La.) joined fellow Republican leaders to contrast the pro-growth Republican policies that have led to increased job openings and higher wages for working families versus Democrat proposals, like the $15 minimum wage hike, that would harm workers and eviscerate jobs. He called on Speaker Pelosi and House Democrats to work with Republicans to the benefit of the American people instead of making Presidential harassment their number one priority. 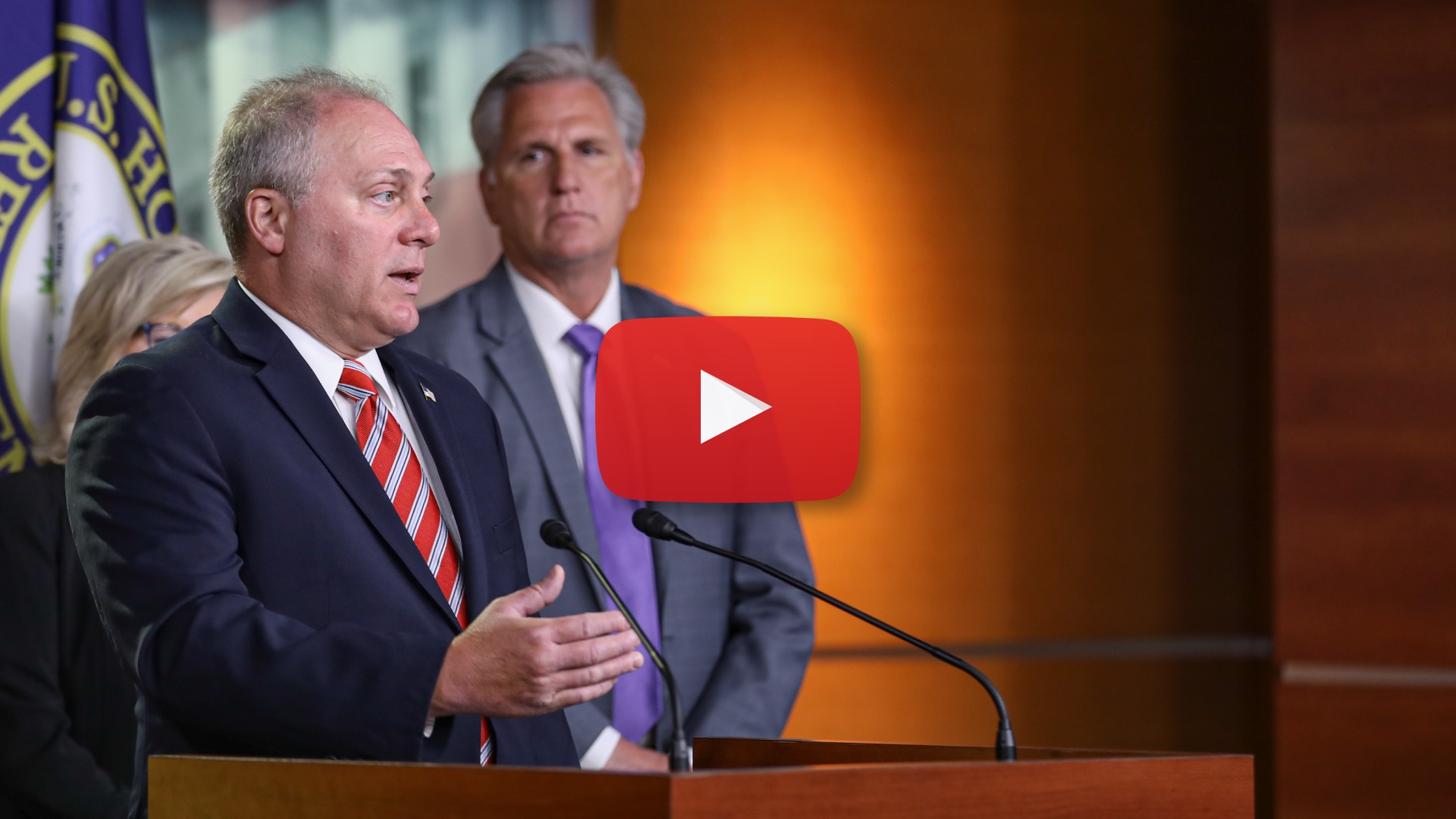 On Republican efforts that have increased opportunities for American workers and House Democrats’ work to undo this success:

“Thank you, [Ranking Member Virginia Foxx (R-N.C.)]. I appreciate your leadership as you continue to fight for American workers. You look at what we’ve done to actually work with the President to lower taxes, which has resulted in the best economy we’ve seen in generations. In fact, hardworking families are seeing more money in their paychecks, wages are up. You’re seeing more opportunities for people to enter the middle class, which had been evaporating after years of a declining economy.

“The opposite is happening now, there’s more opportunity than we’ve ever seen. There are more job openings than there are people looking for work. And at that same time you would think the Democrats would want to be working with us to build on that economic success and instead you see Speaker Pelosi bringing this bill to the floor that would eviscerate millions of American jobs. The CBO report on the minimum wage bill shows that there would be up to 3.7 million jobs lost. That’s literally the entire state of Oklahoma. That’s how many jobs would be lost under this bill.”

On Democrat legislation to raise the minimum wage to $15, which would eviscerate jobs:

“You don’t need to just look at the CBO score to wonder how bad it would be. You can just go look and see what happened in the city of Seattle. In Seattle, they actually did this back in 2014. They increased their minimum wage to $15. Then, the University of Washington, after three years of actual data, seeing what really happened in Seattle, the University of Washington did a study to see how this worked. Let me tell you, it was devastating for families in Seattle, and the most devastated were low-income families.

“It showed that there were millions of work hours lost, gone away, so even if you had a higher wage you were working less time so you saw your income drop. This was devastating to low income families by a 3 to 1 margin. That’s how bad it was in Seattle. Knowing what’s happened, you saw the Mayor of Baltimore veto a minimum wage increase that’s similar to the one being brought to the floor because she noted how devastating it would be for workers in Baltimore—a Democrat mayor by the way.

“So as Pelosi has seen how devastating that would be and what the CBO score shows it would do to hard working families in America, she should be working with us to help improve the lives of hard-working families, instead of bringing bills that would devastate their income levels.”

On the radical members of the Democrat caucus that have become the face of the Party:

“Then, of course, you’re seeing what they’re bringing to the floor today, one more attempt to personally attack President Trump instead of focusing on things that can actually get this economy going. Just yesterday, here at this very microphone, you saw some of my colleagues say false and misleading things from this microphone.”

“They continue to call for impeachment. Pressley would not even refer to the President by the title. Look, we disagreed with Barack Obama on a lot of things that he did, the policies. As our Conference Chair laid out, there are a lot of policies that we had disagreements on with Speaker Pelosi and her Socialist Democrats just like we had disagreements with a lot of Barack Obamas policies, but we never disrespected the office. I called him President of the United States, as we all did. If he asked us to go meet with him at the White House, we went.

“We expressed our disagreements in a respectful way, but what they continue to do to go after him personally, to call for impeachment of the President from day one. The night they won the majority they weren’t even in office, they didn’t even have the Muller report that they thought would show collusion, which it did not. And yet they still want to keep going down that road instead of working with us to improve the daily lives of hard-working families.”