WASHINGTON, D.C.—House Majority Whip Steve Scalise (R-La.) spoke on the House floor in support of legislation that will prevent the National Flood Insurance Program (NFIP) from lapsing. The bill extends the program to May 31, 2019. Whip Scalise highlighted his continued commitment to fighting for a full re-authorization of NFIP with commonsense reforms that benefit both ratepayers and taxpayers. 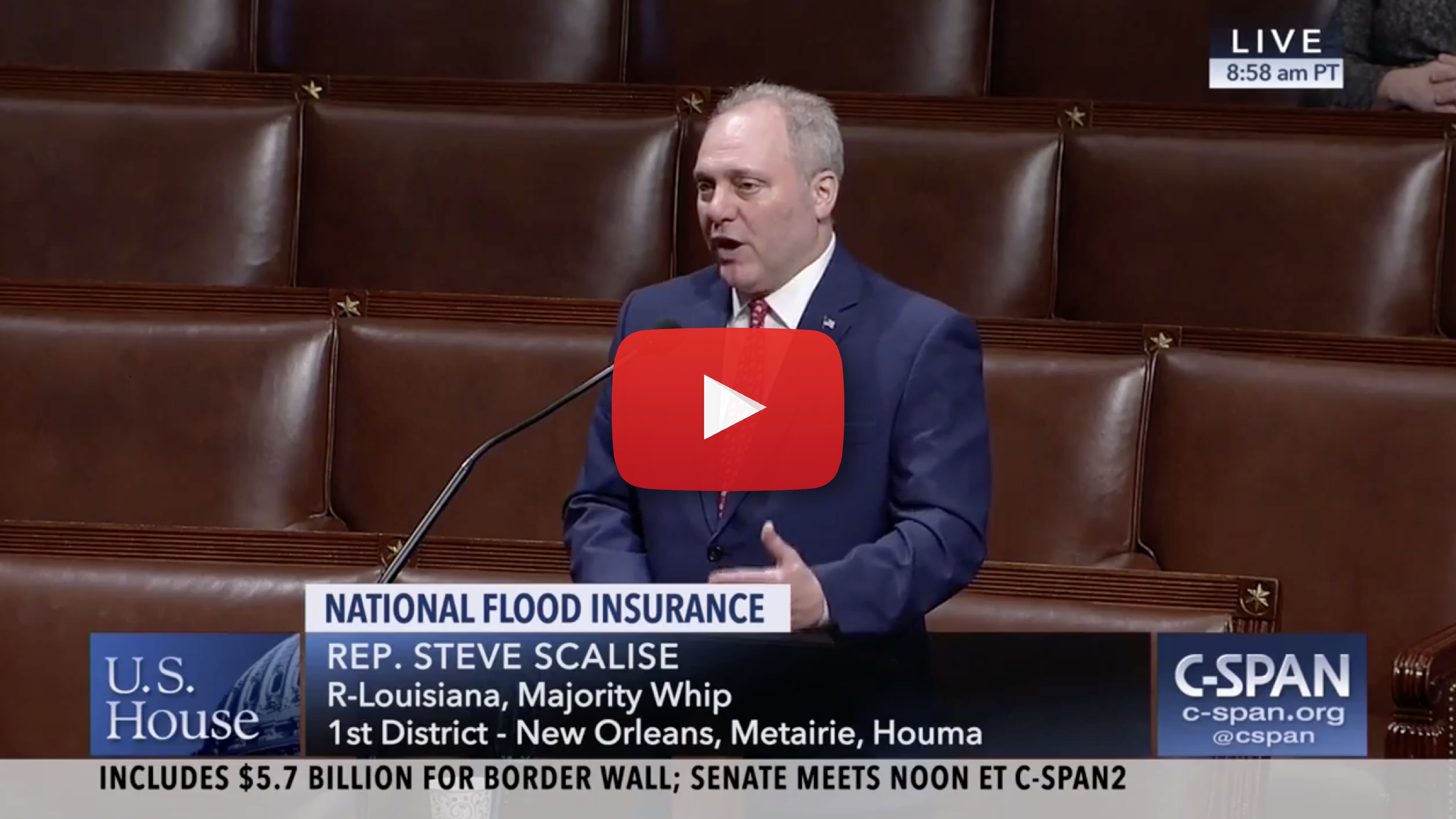 Click here or on the image above to watch his remarks.
Read below for the full remarks:

“I thank the Chairman of the committee for yielding time to talk about this important program. I want to thank the gentlelady from California for her consistent commitment to making sure that the National Flood Insurance Program is there for families who need it, families all around the country. Not just families, by the way, Mr. Speaker, in coastal areas.

“It’s an important program. Mr. Speaker, I would love for this to be a private program with great options all around for people to buy private flood insurance. Unfortunately, today there aren’t.

“Because there aren’t those private options, the only game in town is NFIP. It’s incumbent upon us to make sure that this program works. It’s got to be a program that’s fair for ratepayers and fair for taxpayers.

“Mr. Speaker, over the years we’ve had many different long-term and short-term re-authorizations. It’s well documented. It’s been one of the frustrations of trying to get consistency in the program. But in the meantime, it’s important that this program move forward.

“Too many people are counting on NFIP to be there for them that have a closing on a home this week. Maybe somebody’s buying a new house for Christmas, and they have to have flood insurance. We need to make sure that program is there for them. It’s important that we continue to keep this going while negotiations go on to see if we can get a long-term solution.

“I appreciate all the efforts that are being made. In the meantime, people know that you can’t just have this program expire as those negotiations go on.”