Section 70303 gives nearly $5 million to the U.S. Fish and Wildlife Service “for the purposes of conserving endangered species and threatened species of pollinators in the United States.” 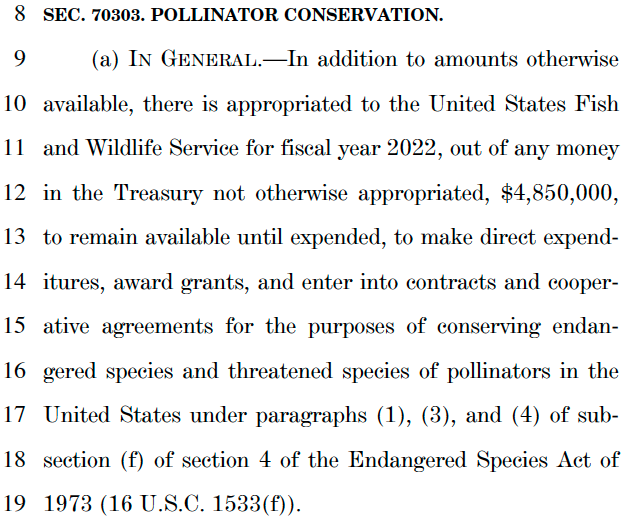 Protecting endangered species and threatened species of pollinators is a laudable goal, but allocating an additional $5 million, on top of all existing federal resources does nothing to reduce inflation, lower energy costs, stop illegal immigrants from crossing our border, or fix the supply chain crisis.

Democrats are out of touch and are spending taxpayer money on everything but the things that matter to the American people. 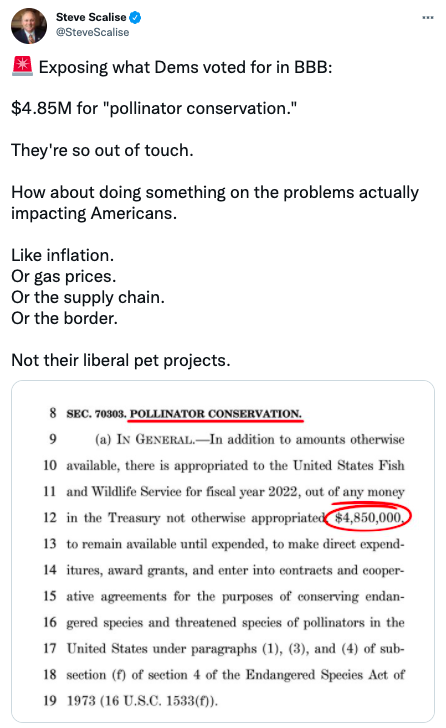 BOTTOM LINE: President Biden and Speaker Pelosi do not believe in fiscal responsibility. It’s time for Democrats to abandon their socialist agenda and work with Republicans to help struggling families and restore accountability to the federal government.