Broken Promises For the Middle Class and Tax Breaks For Millionaires

Democrats are trying to sell their big government, socialist bill as a tax cut for low-income and middle-income Americans, paid for by taxing the rich. But this isn’t the case because their tax breaks for millionaires last a lot longer than their social spending policies.

An analysis by the Joint Committee on Taxation confirms that middle class families get left behind while millionaires get big tax breaks. 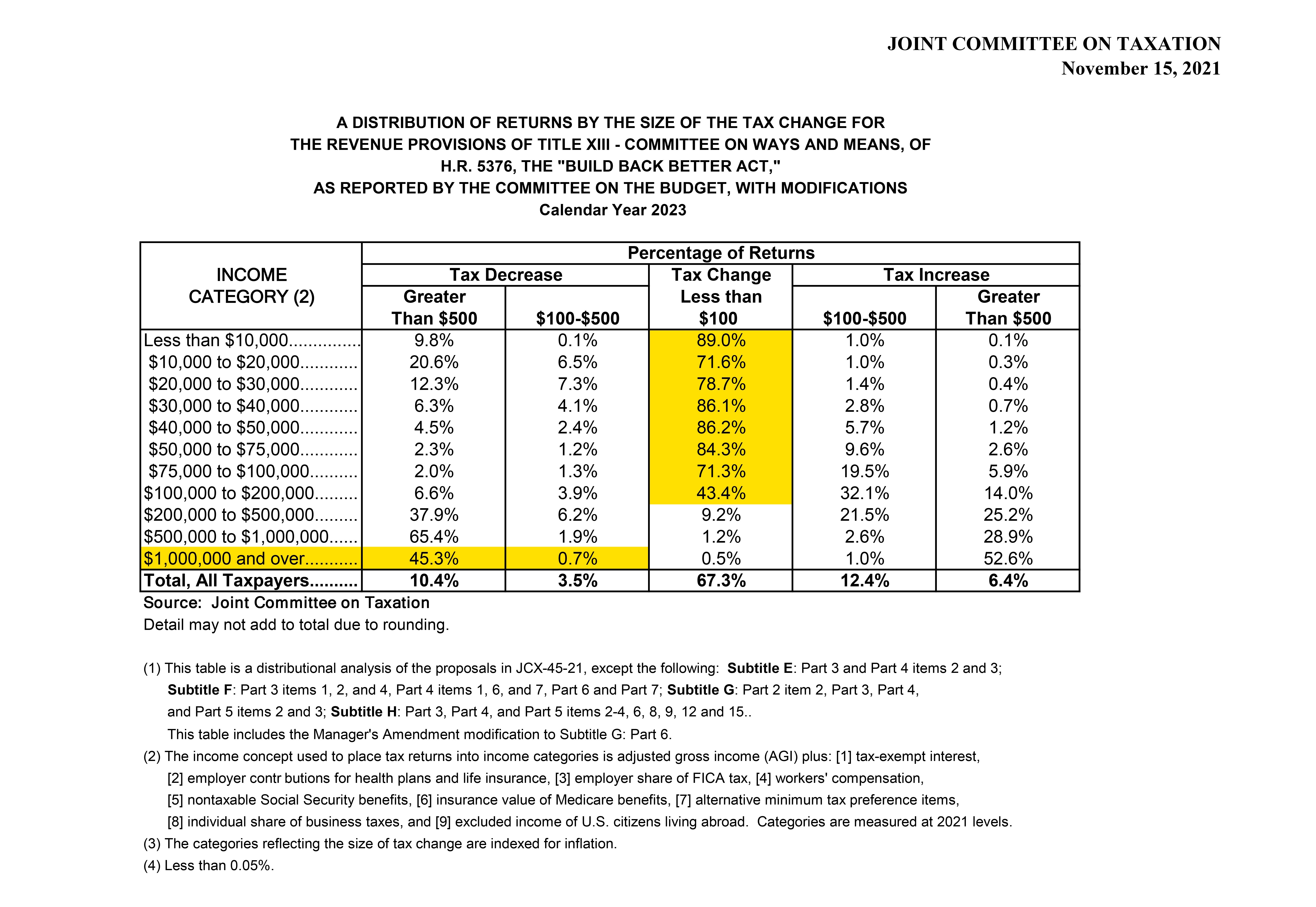 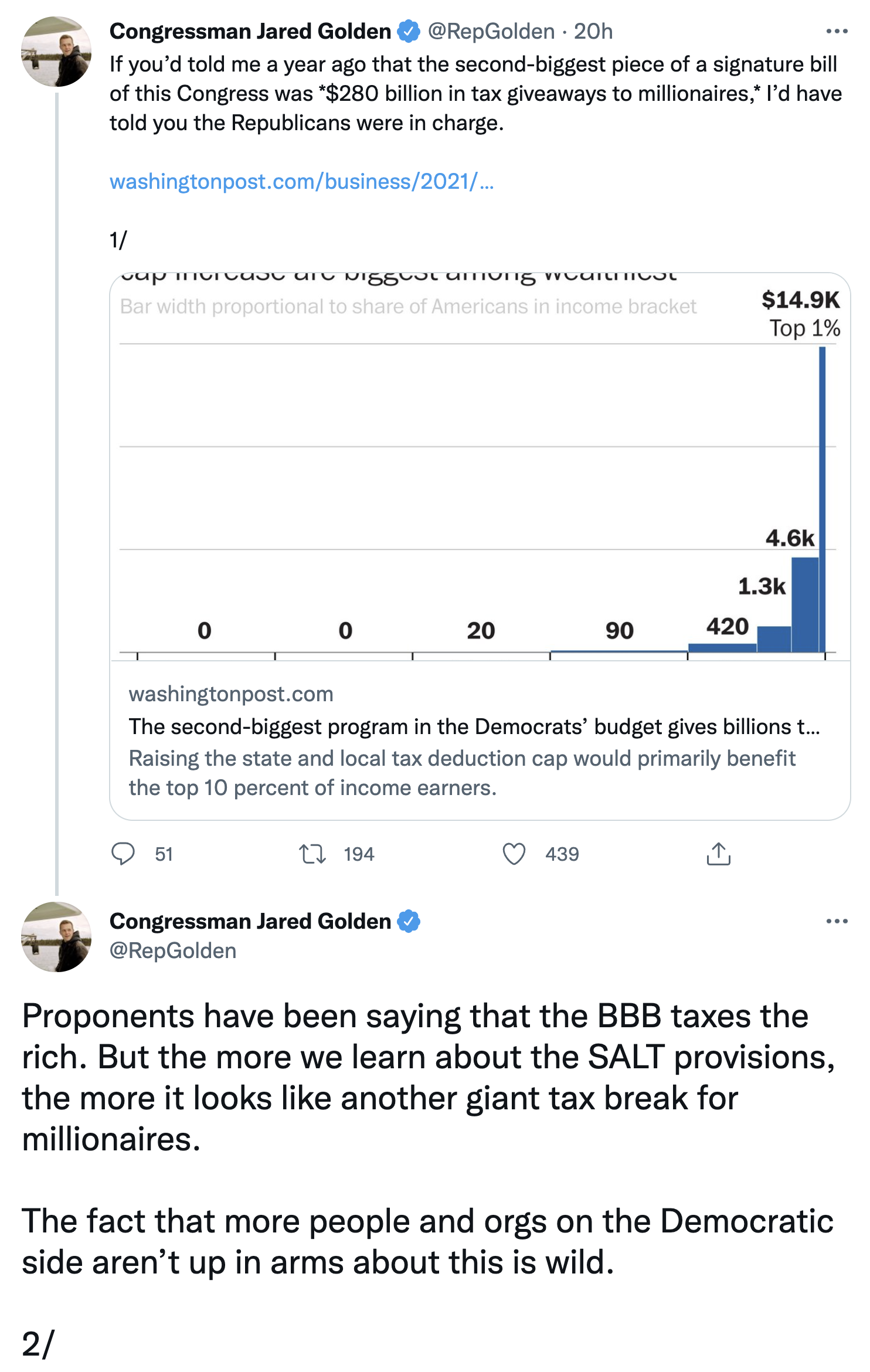 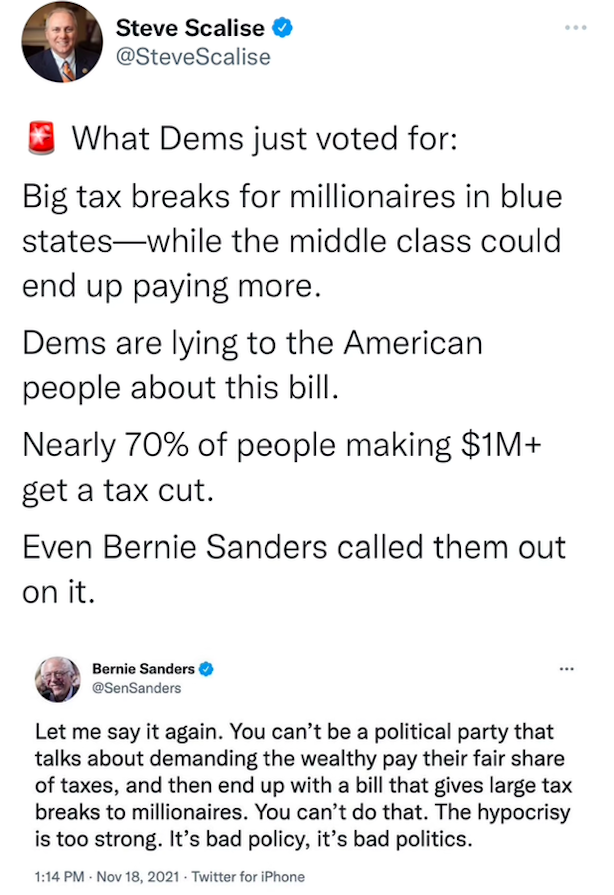 BOTTOM LINE: Democrats are being dishonest about the impact of their tax-and-spending spree. It will fuel the inflation that is crushing American families right now, it will break President Biden’s pledge not to raise taxes on families making less than $400,000, and it provides billions of dollars in tax cuts to the wealthy.