Section 136407 creates a 30 percent tax credit for the purchase of electric bicycles up to a credit of $900 per bike. The full credit can be claimed for families making up to $150,000 a year.

At a time when the price of gas, food, and everything else is skyrocketing, Democrats are more concerned with giving tax credits to their heavily urban and wealthy base instead of taking concrete steps to undo their inflationary policies.

The Joint Committee on Taxation estimates that these tax credits for electric bicycles would cost $4.1 billion over the next ten years. 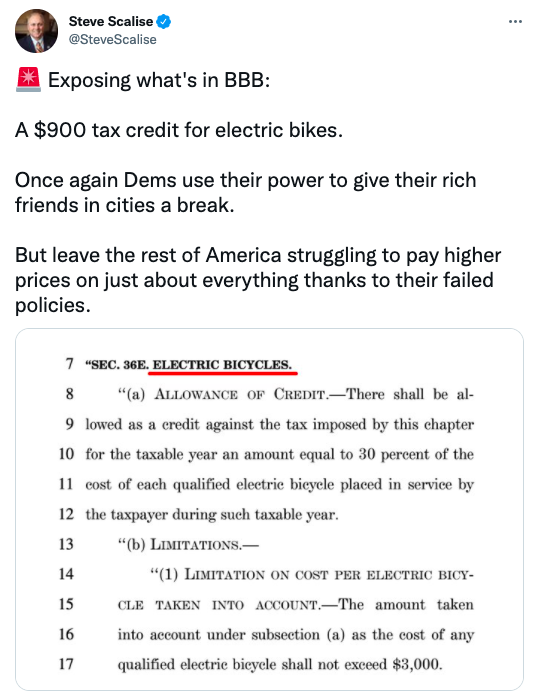 BOTTOM LINE: President Biden and Speaker Pelosi’s reckless tax-and-spending spree shows yet again that when Democrats control Washington, they use their power to give billions of dollars in special handouts to their woke base.