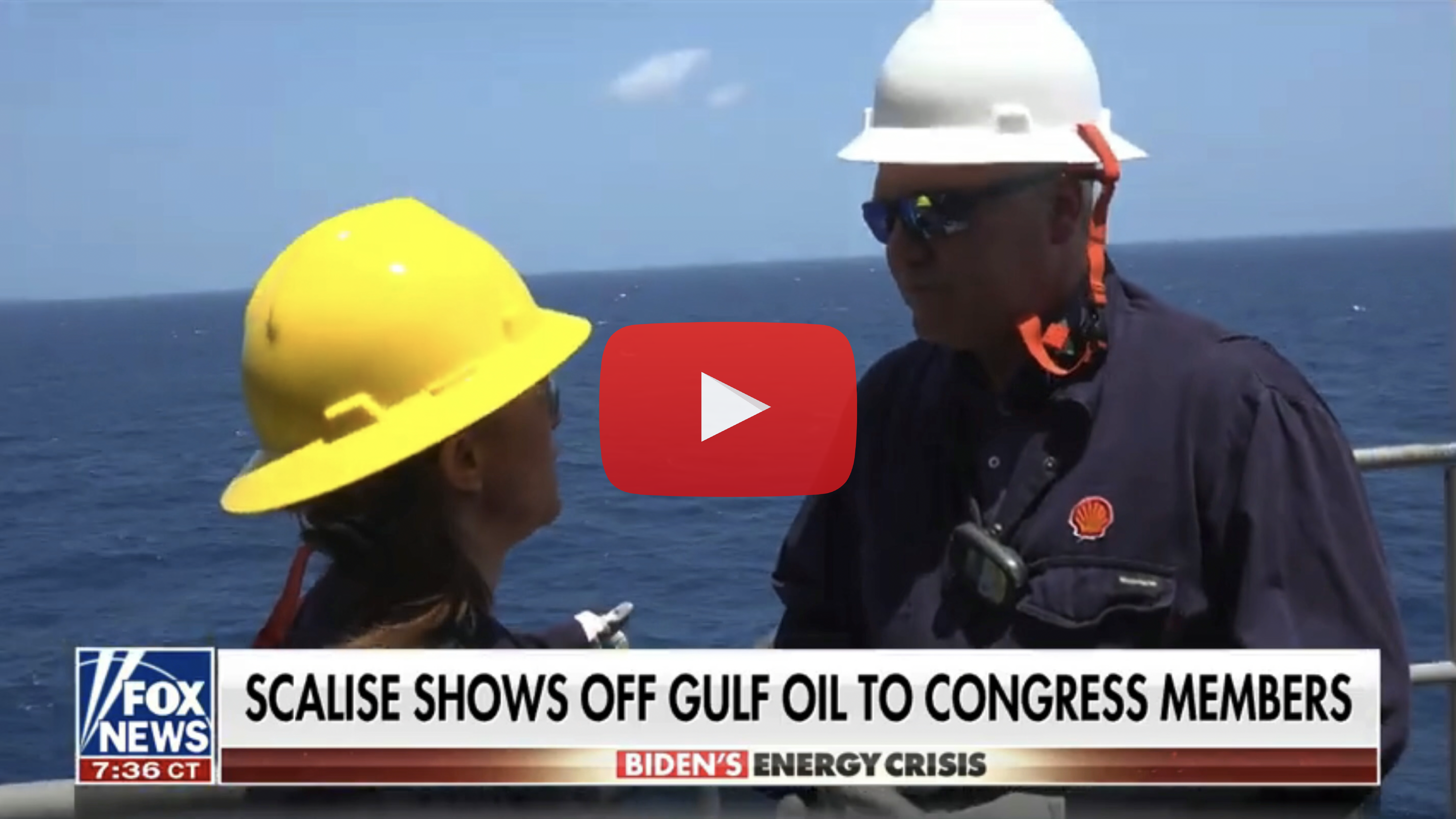 Click here or on the image above to watch the interview.
Highlights from the interview:“Do you want to see the brilliance? It’s a drillship. They’re drilling the wells for this vessel. So, this vessel doesn’t drill.”…“And they’re running 24 hours. Twelve-hour shifts. Two shifts of 12 hours.”…“This is really high-tech. The pay is really good if you’re working on a rig if you’re servicing the industry, but also generates billions of dollars for the federal treasury.”…“A facility like this, and others like it, you could supply all of America’s needs for oil and natural gas and be exporting to some of our friends around the world. We should see more Members of Congress from both sides of the aisle that want to come and see this. Frankly, we should see people in the Biden Administration that want to come here because a lot of the things that they’re saying against American energy are just not true.”…“You know, the biggest concern about what the Biden Administration is doing is that they are making it harder for America to be energy independent years from now, which means we’re going to be more dependent on foreign nations for our energy supply. That’s bad for America.”