WASHINGTON, D.C.—House Republican Whip Steve Scalise (R-La.) joined Fox News Channel’s The Story with Martha MacCallum to demand answers from several governors who forced nursing homes to take in COVID-positive patients against federal guidelines. Earlier today, Whip Scalise, along with Republicans on the Select Subcommittee on the Coronavirus Crisis sent letters to five Democrat governors asking for explanations for their decisions to ignore federal COVID-19 protocols for nursing homes that led to tragedy for tens of thousands of our nation’s most vulnerable citizens and their families. 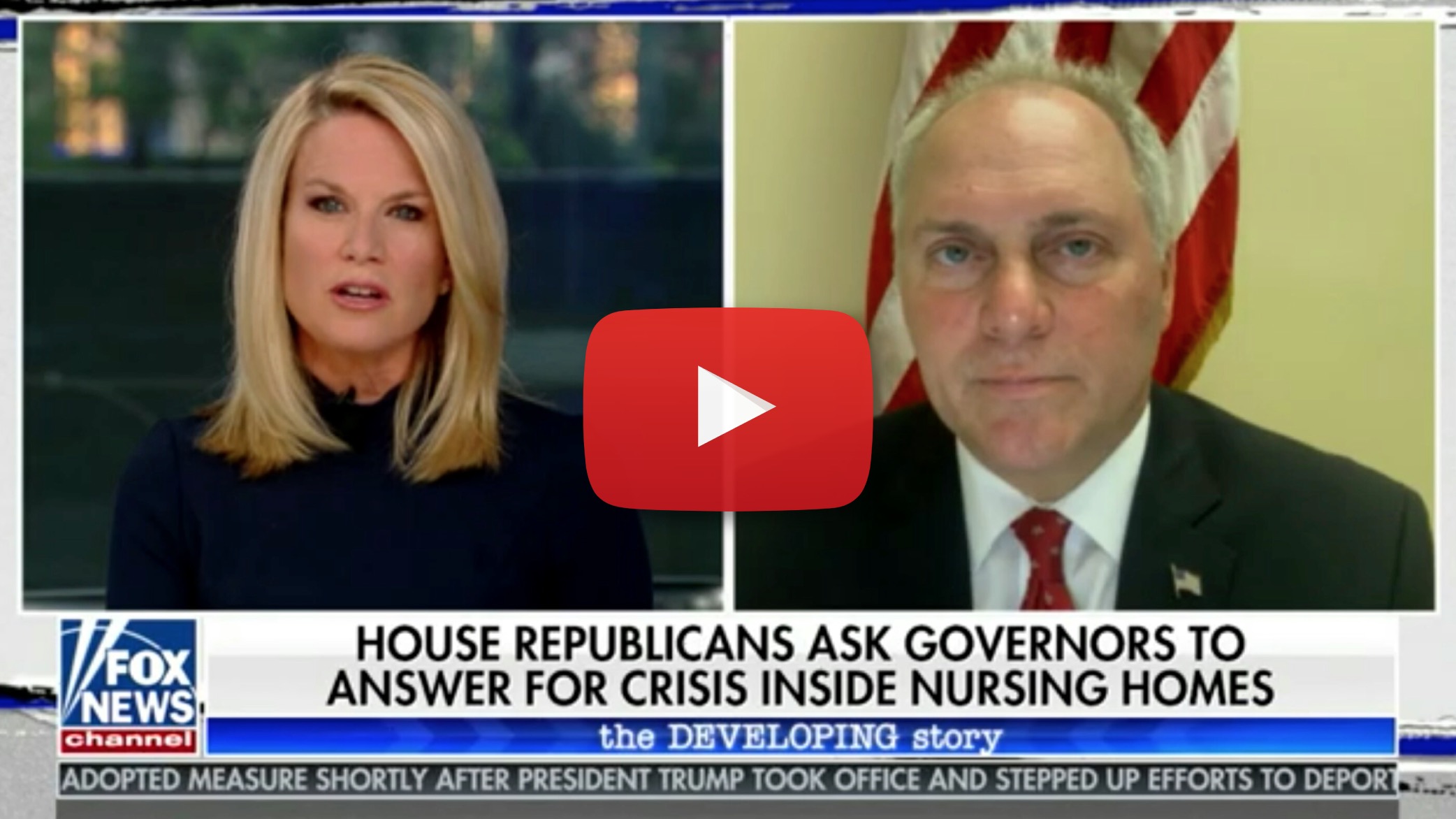 On the tragedy resulting from several Democrat governors’ decisions:

“Unfortunately, Martha, what we found out and we investigated this thoroughly, a few states, about seven different states, their governors gave orders that contradicted the CMS guidelines that were coming down from the federal government, and they forced seniors to go back to the nursing homes even if they were COVID positive and actually, in many cases, prohibited the nursing homes from even checking to see if they were COVID positive. We got letters from governors, like this was the Governor of New York who explicitly prohibited the nursing homes from even testing you for positive. This, by the way, is still going on in the state of Michigan, the governor issued an order doing the same thing, forcing the nursing home patients back, and thousands of nursing home patients died in each of these cases that shouldn’t have died. They should’ve stayed at the hospital or somewhere they can be protected.”

On demanding answers from governors on avoidable nursing home tragedies:

“CMS issued 14 different guidances to protect seniors and they were ignored by states like New York, New Jersey, Illinois, Michigan, again, like I said. You know, at least in New York they went 46 days, thousands of seniors died unnecessarily when they finally reversed it. Michigan’s still doing this. They’ve got to stop this right now in Michigan. But all of these other states ought to answer these questions. New York stopped reporting the data, so we don’t know how many more thousands died because they just stopped giving us the data. They’ve got the data, they just aren’t sharing it with anybody, so we sent the letter asking for this.”

“In so many cases, [nursing home tragedies] shouldn’t have even happened. We know there are people at risk that are higher at risk. Seniors are the worst at risk, but .6% of our population now accounts for more than 40% of the COVID deaths in America, and in many states, it should have never happened because they violated the CMS protocols. It shouldn’t have happened.”

“This is such a sad time. And look, we all want to root out bad cops, but I got to see that day what is best about law enforcement, because [Capitol Police officers] David Bailey and Crystal Griner risked their lives to save mine and everybody else on that field. They were both shot, and they still went at it and took down the gunman to save the rest of us. Law enforcement does this on a daily basis and doesn’t get the attention they deserve for what they do right. If somebody does something wrong, they ought to be held accountable.”