“Speaker Pelosi’s rules package prioritizes progressive activists over the livelihoods of the American people. By exempting certain legislation from PAYGO requirements, Speaker Pelosi and her socialist allies are paving the way for their radical Green New Deal without proper consideration of the devastating consequences it would have on American families.

“The Democrats’ Green New Deal inspired agenda would outlaw fossil fuels and destroy American jobs, increase energy costs on hard-working families, and make our country less secure by increasing our dependence on oil from Russia and Middle-Eastern countries. Instead of acknowledging these facts, Speaker Pelosi created a rules package that would hide the devastating consequences of their legislation and require us to pass the bill to know how much it costs.

“This is an affront to middle-class families, American workers, our friends and allies overseas, and the all-of-the-above energy strategy that led to a cleaner environment along with the strongest economy our nation has ever seen. By supporting Speaker Pelosi’s rules package, every Democrat in Congress has displayed their contempt for working class Americans and their fundamental misunderstanding of what our country needs right now.” 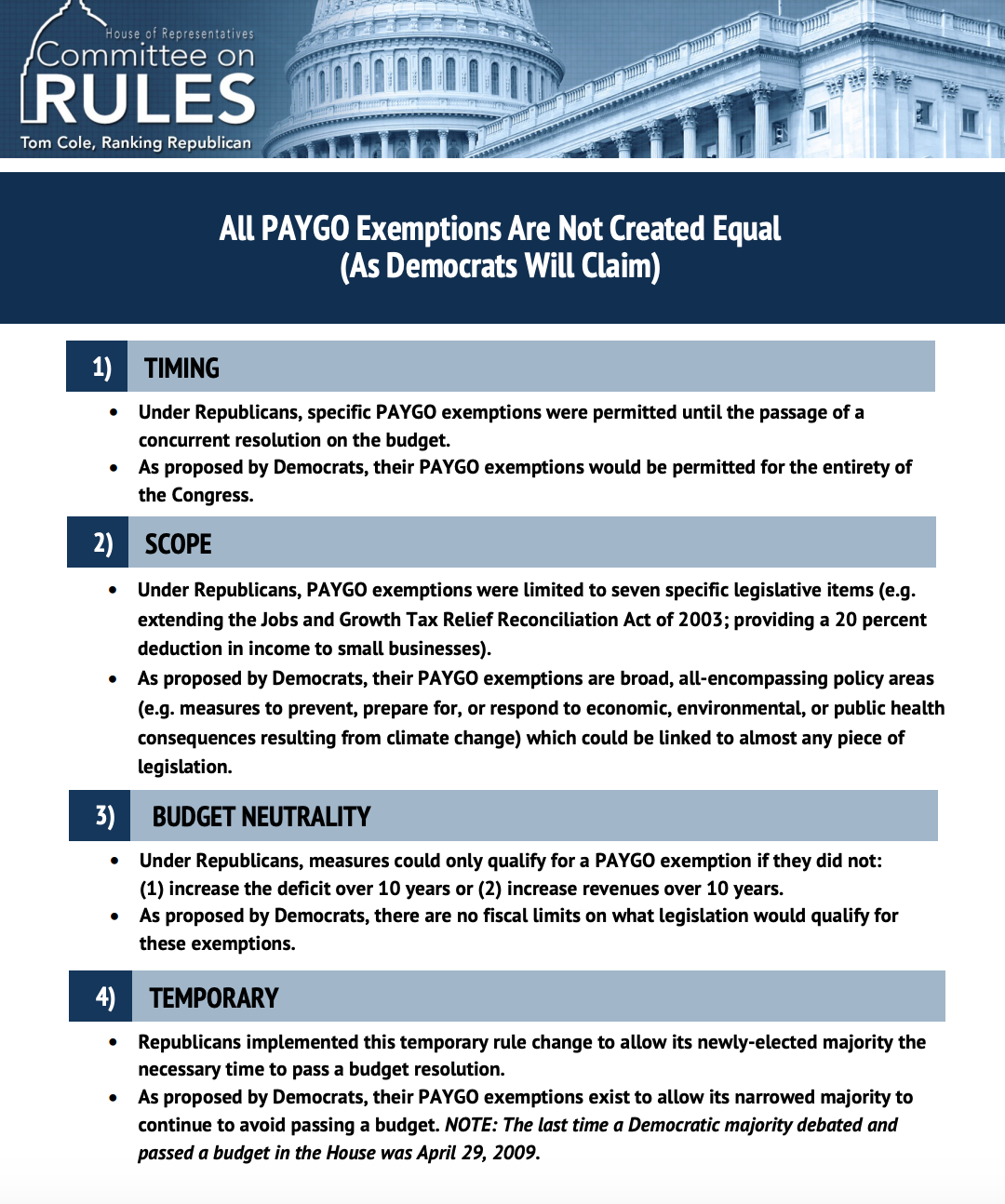