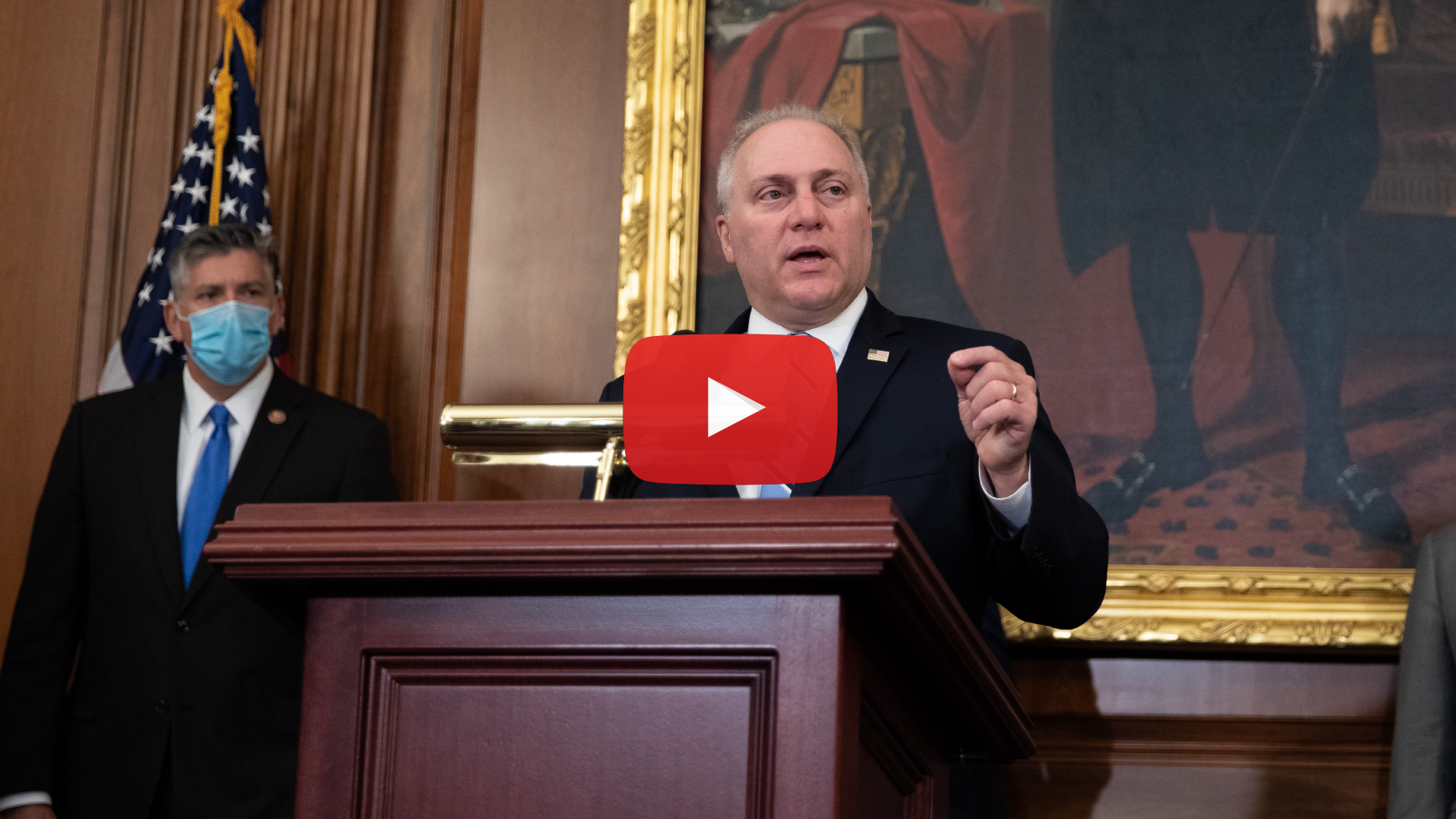 On holding China accountable for lying about COVID-19:

“I really want to thank the China Task Force for the incredible work that they did to get the facts out. Chairman McCall and all these Members you see here that worked incredibly hard to go find the facts about what China did, the role that they played in this pandemic, the cover-ups, lying to the world. When you look at the damage that was done – I remember being in meetings in the White House back in January where Dr. Fauci and other members of President Trump’s team wanted to go in. Our top scientists wanted to go to Wuhan to find out what was really going on. Their scientists wanted us to go to China, they wanted us to come in to help them figure out what was going on with this virus and it was the Chinese Communist Party who stepped in and said, ‘No, we’re not going to let anybody in.’ They corrupted the World Health Organization (WHO) to the point where WHO was saying it wasn’t spread from human to human. We could have had invaluable, invaluable knowledge about what was going on to save American lives. Lives all around the world would have been saved if China was just honest with everybody else, but they weren’t. And so, it’s critical that we hold China accountable. It’s critical that we get the facts, and that’s what the China Task Force did. Went and got the facts so that the rest of the world could see what really happened.

“Why Speaker Pelosi pulled back and would not be a part of this task force is an important question I think ought to be asked to her. Why won’t Speaker Pelosi hold China accountable? Well, while they won’t, our Leader Kevin McCarthy said we as Republicans will hold China accountable. We all ought to have the facts. The American people want to know what happened as we’re working to combat this. Fortunately President Trump moved forward with things like Operation Warp Speed where he’s getting red tape out of the way so the scientists could go find a vaccine. Just last week, it was announced now the fourth American company, Johnson & Johnson, is on the list to actually get a vaccine in the final stage of the FDA approval process. And hopefully, in the weeks ahead, we get one or more vaccines that actually will help people to prevent them from getting COVID-19. But we still need to hold China accountable, and that’s what was done here.”

On Democrats’ HEROES Act 2.0 which fails to provide immediate relief to the American people:

“One final thing I want to bring up is on the House Floor this week. It’s disappointing that Speaker Pelosi won’t work with House Republicans to get a relief package that helps families and small businesses. This newest Heroes Act 2.0 is no better than the last bill that failed the American people. And Speaker Pelosi’s bill that she’s going to bring up to the Floor, maybe today, it’s not a bipartisan bill first of all, it was a very hyper partisan bill. Billions of dollars of taxpayer money go to people here illegally, but what did Speaker Pelosi cut out from the first Heroes Act? She took out $600 million to police. She cut cops, she defunded police compared to Heroes one by the tune of $600 million yet she gives billions of dollars to people here illegally. All of the things that you look at in this bill, it’s not a bipartisan bill. In fact, it only sets us back further.

“Steve Chabot, Congressman from Ohio, has a really good bill that is very bipartisan that will help small businesses, taking the $138 billion remaining in the Paycheck Protection Program, letting our small businesses who are struggling go for a second round of funding that would be forgivable so that those small businesses that are dying on the vine will get a lifeline. Jaime Herrera Beutler has a discharge petition to bring that bill to the Floor. If it came to the Floor today, it would pass with over 400 votes, but Speaker Pelosi won’t bring that bill to the Floor. We are now seeing Democrats, 23 Democrats, signed on to a letter a few days ago to the Speaker saying, ‘Bring a bipartisan bill to the Floor.’ Heroes is not [bipartisan]. Steve Chabot’s bill is. Let’s help our small businesses before we go home so that they can stay afloat. So that they can keep those jobs for millions of families who are struggling right now who can get back on their feet.”