TOPLINE: The United States must stand with Israel, our strongest ally in the Middle East. Republicans are committed to ensuring that the United States fully upholds its commitment to Israel and continues to support the Iron Dome, which has saved thousands of lives from the destruction Hamas and other terrorist groups are seeking to rain upon Israel. H. J. Res. 54 will provide Israel with the critical funding to replenish the Iron Dome.

The Iron Dome is a Force for Peace

In May, more than 4,000 rockets were launched by Palestinian terrorists against innocent civilians in Israel. Thankfully, the Iron Dome provided a crucial defense that intercepted 90 percent of the rockets targeted and saved countless lives. 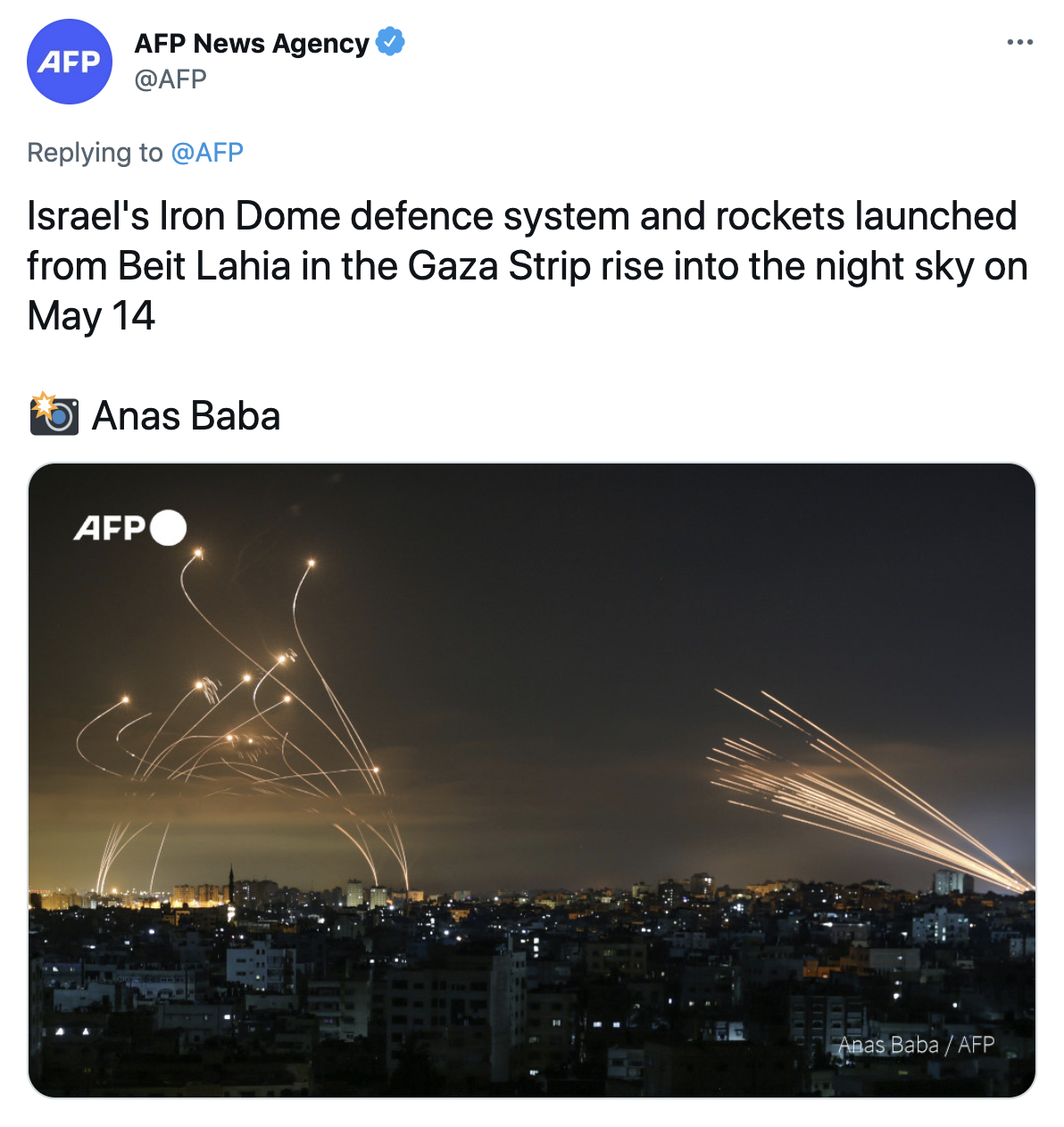 “The Iron Dome system consists of a network of connected batteries and radars that fire at rockets that seem to be heading to populated areas and ignore those likely to fall into empty fields. While the system has been used in previous conflicts with Hamas, the Palestinian group has never fired as many rockets simultaneously.

“If it wasn’t for the Iron Dome, all these rockets would have been falling on our heads and we would be counting our dead in the hundreds,” said Moti Hetzroni, 77, an Ashkelon retiree, as he enjoyed a respite in the shelling to meet a friend in an outdoor cafe. Days earlier, one of the Hamas rockets that the Iron Dome didn’t intercept landed about 100 yards from his home.”

In May, Hamas fired nearly as many rockets at Israel in 10 days as it did during 2014 when the conflict was five times longer.

The Times of Israel reports:

In the “2006 war, the group launched some 4,000 rockets into Israel — as many as Hamas and other Palestinian groups fired at Israel during the current round of fighting — most of them unguided projectiles with limited range. Today, Israeli officials say Hezbollah possesses some 130,000 rockets and missiles capable of striking virtually anywhere in Israel.”

After enduring thousands upon thousands of rocket attacks, Israel’s missile defense system must be replenished so it can counter any future threats from Hamas or Hezbollah. If terrorists were to launch additional attacks on Israel from multiple locations, their rocket arsenal could reach every corner of Israel and we must ensure Israel is ready to defend itself.

Israel’s government requested $1 billion from the United States to replenish its Iron Dome supplies and equipment.

Recognizing the danger, a bipartisan group of 56 Members of Congress called on the Pentagon to support the replenishment of Israel’s Iron Dome missile defense system following the bloody conflict between Israel and Hamas in the Gaza Strip.

In a letter to Defense Secretary Lloyd Austin, the lawmakers wrote that the United States should “continue urgently engaging with Israel” on the Biden Administration’s “ironclad commitment to Israel’s safety and security, including replenishing Israel’s stock of interceptors for the Iron Dome missile defense system and other important matters.”

In response to the bipartisan letter, the Department of Defense wrote “[the] DoD strongly supports Israel’s request for funding to purchase additional Iron Dome interceptors and to enhance the Iron Dome Defense System’s associated infrastructure.”

Speaking at a bilateral meeting with Israeli Minister of Defense Benjamin Gantz, Secretary of Defense Lloyd Austin III said, “As you know, the president has expressed his full support for replenishing Israel’s Iron Dome missile defense system which saved so many innocent lives during the most recent conflict.”

Congress must move with the utmost urgency to provide funding so Israel can replenish its Iron Dome missile defense system and protect its innocent civilians.

Seven years ago, Congress passed an emergency supplemental with overwhelmingly bipartisan support only weeks into the 2014 conflict.

The threat and the need to resupply is greater today than it was seven years ago.

To delay this emergency funding will only prolong Israel from receiving critical assistance that will help the Israeli government defend its citizens and deter future attacks.

BOTTOM LINE: There is significant bipartisan support to replenish the Iron Dome and House Democrat Leadership must move this clean, standalone emergency supplemental as soon as the House returns. We must not ignore the grave threats that constantly surround Israel or let a minority of anti-Israel voices deter consideration of this important bill. The true dangers posed by Iran, Hamas, and other terrorists that seek to destroy Israel remain and the United States owes our full support to funding Israel’s request to replenish the Iron Dome.