TOPLINE: The number of Illegal immigrants entering the United States at the southern border is at a record 21-year high. More than 1,000,000 illegal immigrants have taken advantage of President Biden’s open-door immigration policies since he assumed office in January 2021. When added together, the total number of illegal immigrants captured in 2021 surpasses the population of the tenth largest city in America. According to U.S. Customs and Border Protection’s data, the number of encounters at the southern border has increased each month since April of 2020. The Biden Administration’s pro-amnesty and weak border security policies have created a surge in COVID-positive migrants unlawfully entering the United States.

Despite White House Press Secretary Jen Psaki’s claims that the chaos along the U.S.-Mexico border is “cyclical,” “seasonal,” and will cool off in the summer, President Biden’s border crisis is getting worse, not better. 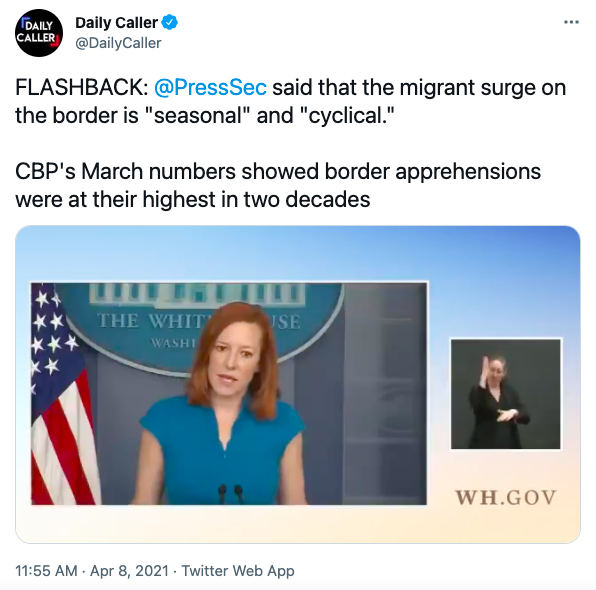 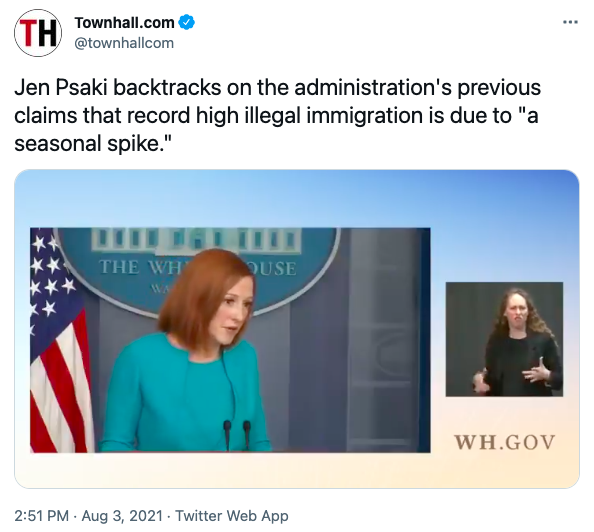 There is also a surge of illegal immigrant children entering the United States through coyotes and smugglers. More than 19,000 unaccompanied minors were captured in July — a new record.

David Shahoulian, assistant secretary for border and immigration policy at the Department of Homeland Security (DHS), said in a court filing that “The rates at which encountered noncitizens are testing positive for COVID-19 have increased significantly in recent weeks…And although the rate of infection among CBP officers had been declining, this rate recently began increasing again, even though the percentage of officers and agents who have been fully vaccinated has grown significantly since January…This has led to increasing numbers of CBP personnel being isolated and hospitalized.”

What other dangerous criminals have entered the United States because of Democrats’ weak border security policies? How many more children will be trafficked as a result of President Biden’s border crisis?

Total Number of Illegal Immigrants Entering the U.S. Are Larger Than Most American Cities

More than 1,000,000 illegal immigrants have been captured by different law enforcement and border security officials this year. 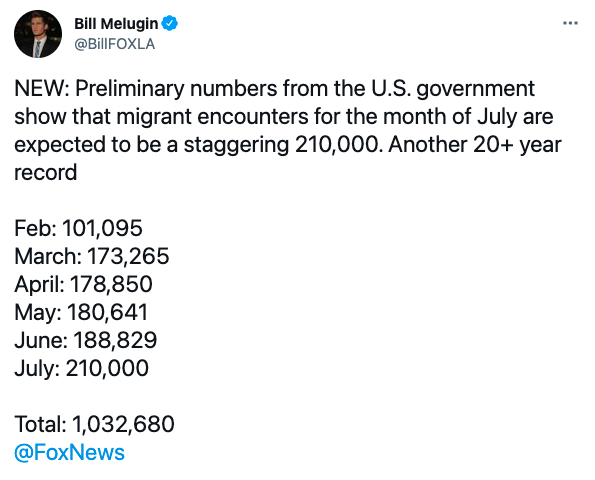 This means that in 2021, more illegal immigrants have entered the United States compared to the populations of:

With Joe Biden as President, more restrictions and mandates have been placed on American citizens than illegal immigrants. The Biden Administration is extending its legal travel ban for American citizens while migrants can cross the border illegally regardless of health status.

Unvaccinated, maskless illegal immigrants are openly crossing the southern border and spreading COVID to nearby towns and communities. 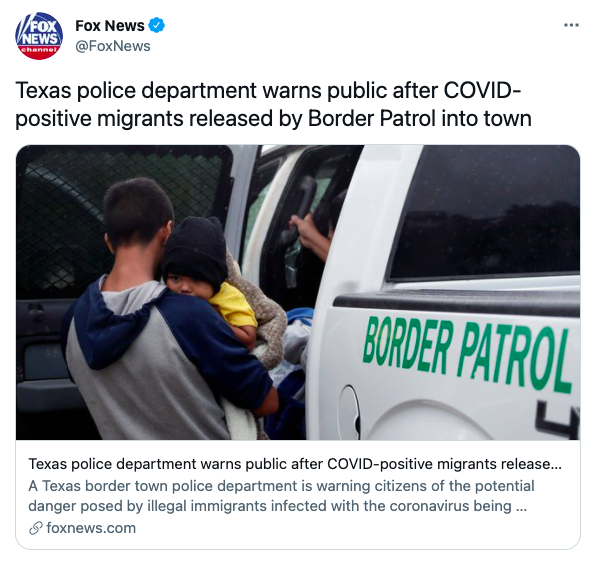 The Biden Administration is telling us that we have to wear a mask but then chooses to release COVID-positive migrants into communities near the southern border. 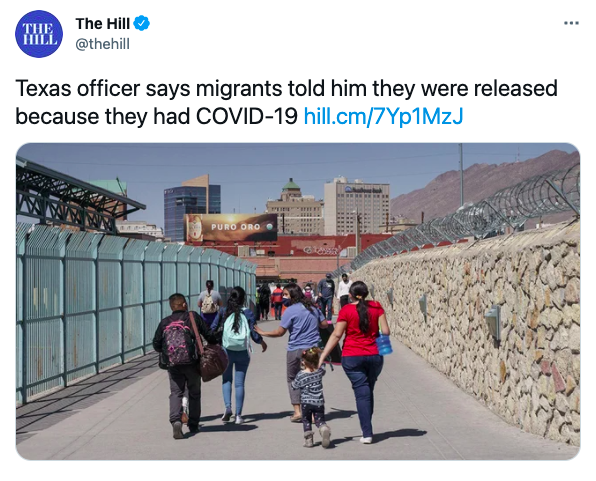 In response, the city of McAllen has started building emergency shelters for illegal immigrants discharged by U.S. Border Patrol. 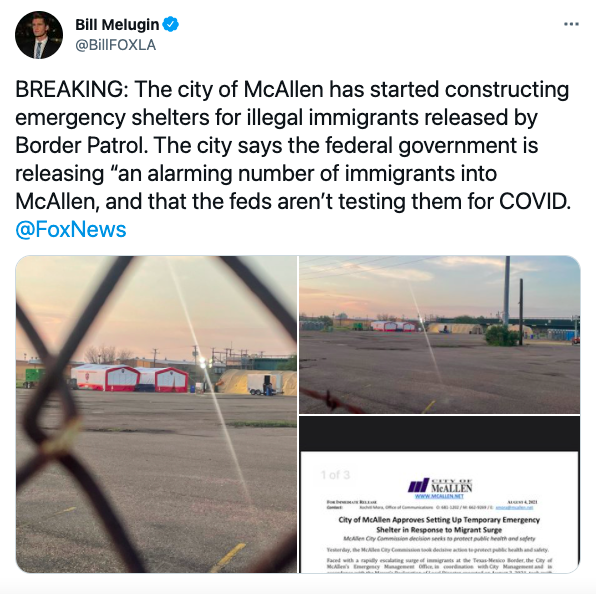 COVID-positive migrants have been welcomed into the United States by the Biden Administration, detained with migrants who did not have the coronavirus, and then sent to different government-run facilities across the country, creating super-spreader events. 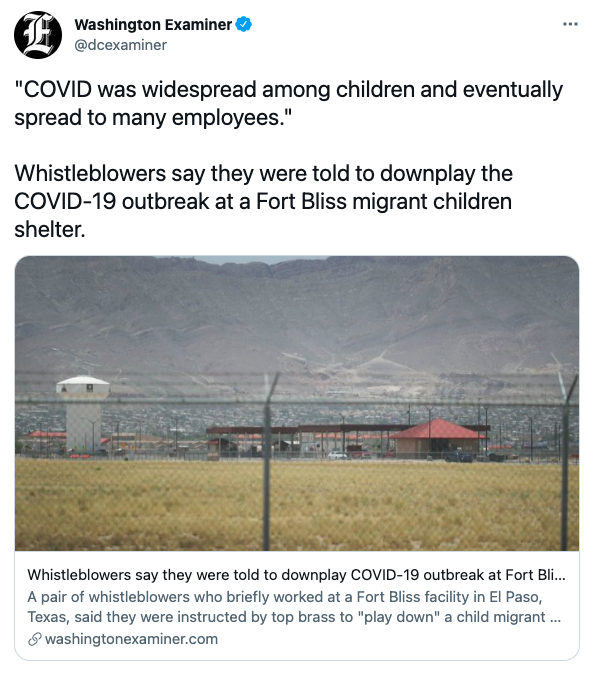 Democrats’ hypocrisy and double standards are putting the American people’s health and safety at risk.

BOTTOM LINE: Democrats’ far-left, open-door immigration policies are causing hundreds of thousands of migrants, thousands of pounds of illicit drugs, and hundreds of criminals and sex offenders to unlawfully enter the United States. COVID cases – with the Biden Border Variant – are rising in communities along the southern border and spreading to other parts of our country because President Biden refuses to bring back President Trump’s successful border security and immigration policies.