WASHINGTON, D.C.—House Republican Whip Steve Scalise (R-La.) joined fellow Republican leaders to express his opposition to House Democrats’ attempt to force a federal government takeover of the internet through their bill, H.R. 1644. Whip Scalise stressed that under current light-touch regulation, the internet has experienced rapid advancement and strong private investment. This government takeover would stifle innovation and allow for new taxation of the internet.

Whip Scalise then highlighted the record-setting support the Born-Alive Act discharge petition experienced last week. In the first 24 hours, more than 190 members of Congress signed on. With three Democrats already signed on, the petition only needs 18 more signatures to successfully force a vote on this bill to protect innocent newborns who survive abortions. 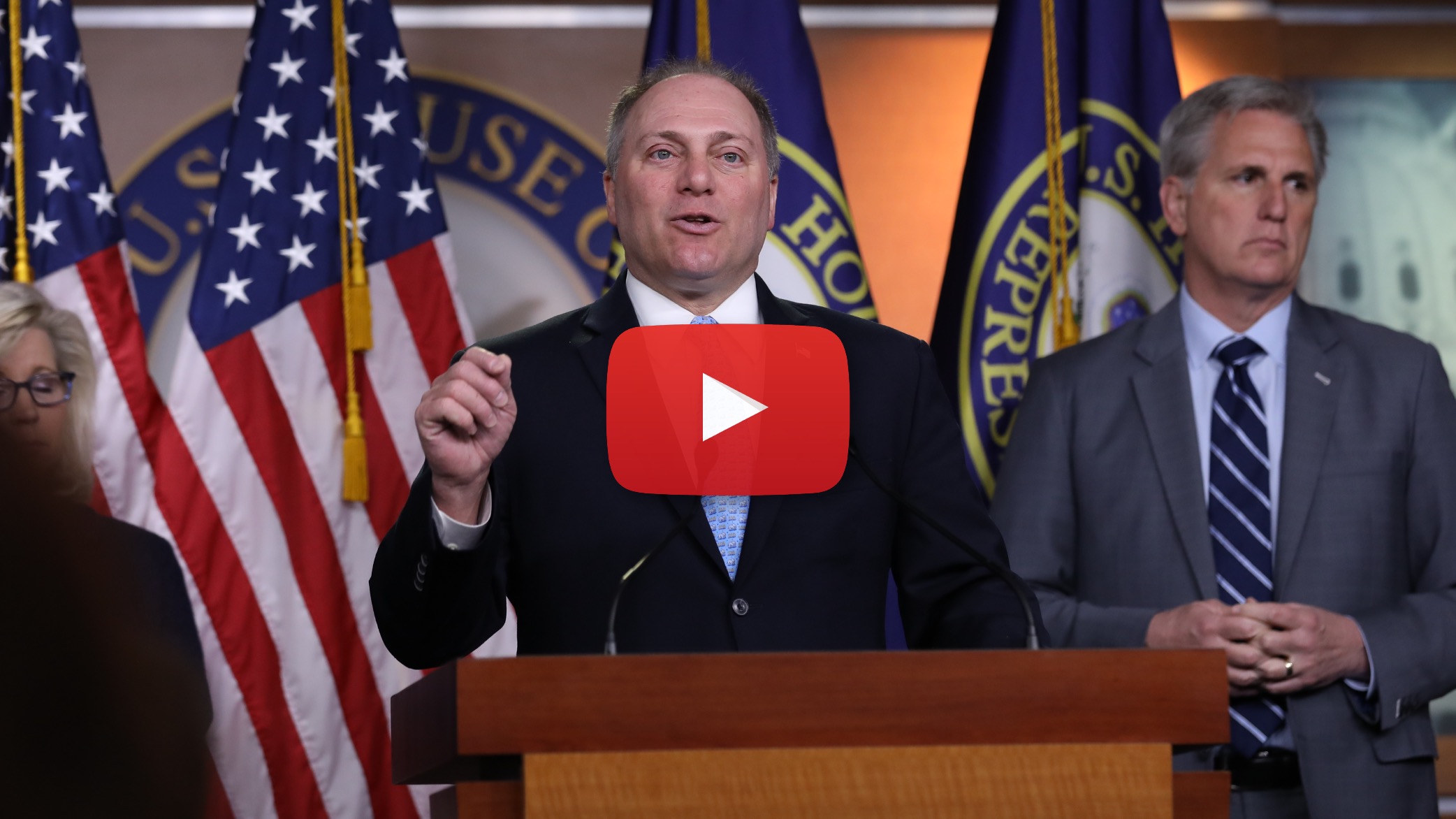 On Speaker Pelosi building on her agenda to expand government control through the Government Controlled Internet Act:

“If you look at Speaker Pelosi’s agenda of more government control, this week is yet one more example. You have an attempt for a government takeover of the internet. I think most people look at this and say, ‘First of all, what is so broken about the internet that the government needs to come in and take it over?’

“If you look at their bill, it is Title II regulation of the internet. Literally, taking it back to the 1930s, applying 1930s laws to one of the most innovative technological advancements that America has been the leader on.

“The internet continues to expand in unbridled ways with billions of dollars of private investment coming in to allow us to do more things on our cell phone than you could do with a computer that would take up this entire room.

On the record-setting discharge petition for the Born-Alive Abortion Survivors Protection Act:

“And what it shows is that there is a growing groundswell of grassroots support for the federal government saying if a baby is born alive, it should have full protections under the law. You shouldn’t be able to kill that baby if it’s born alive.”

On Speaker Pelosi continuing to block the Born-Alive Act despite the strong support for a vote:

“Speaker Pelosi, for whatever reason, wants to continue to allow that baby to be killed. This isn’t even part of the abortion debate, it transcends that debate. We’re going to continue to fight for life and fight to ensure that if a baby is born alive, it has full protections under law.

“We are only 18 signatures away now. We’ve already picked up three Democrat signatures, a strong bipartisan discharge petition. We’re going to keep fighting until we get those remaining 18 signatures and then bring that bill up for a full debate and ultimately a vote on the House floor.”