Teachers Can Return to the Classroom without the Vaccine: Last week, CDC Director Dr. Rochelle Walensky stated that teachers do not need to get vaccinated before schools can safely reopen. This follows the CDC’s recent finding that schools operating in person have scant transmission rates when safety precautions are employed.

Democrats Fail to Follow the Science: While President Biden pledged to follow the science and listen to experts, it appears his administration doesn’t plan on listening to their own CDC Director and instead is caving to unions’ demands when it comes to reopening schools. Senate Democrats also rejected a proposal to withhold pandemic-related funding from schools that do not reopen after teachers are vaccinated. Democrats are abandoning the science and children and instead are putting radical unions first.

Prioritize Americans for Vaccine Distribution, Not Non-Citizens: The Biden Administration last week sought to provide vaccines to terrorists at Guantanamo Bay and also announced steps to vaccinate illegal immigrants. President Biden should not divert scarce vaccines to non-citizens. Americans must have access first.

CBO is Projecting Economic Growth without Additional Stimulus: The Congressional Budget Office is projecting 3.7 real GDP growth for 2021 without additional stimulus. “CBO currently projects a stronger economy than it did in July 2020, in large part because the downturn was not as severe as expected and because the first stage of the recovery took place sooner and was stronger than expected … The fact that the downturn was less severe and the recovery stronger than previously projected also changed the projected pattern of growth: CBO’s current projections of GDP growth are stronger, on average, for the 2021–2025 period than they were in July.”

Which Begs the Question, Why Are Democrats Pushing a $1.9 Trillion Liberal Wish List? Even though the CBO projects a stronger economy and some states have budget surpluses, Democrats are pushing a $1.9 trillion “relief” package through that rewards their liberal allies. It contains $350 billion for state and local governments, even though previous pandemic-related funds allocated are still available. It also contains $130 billion to schools, even if they remained closed. Senate Republicans offered an amendment to withhold funding from schools that do not reopen for in-person learning after teachers are offered the vaccine, but Democrats opposed the amendment. The Democrats’ package also contains a provision to increase the national minimum wage to $15/hour, which would kill 1.3 million jobs according to the CBO.  Some Democrats are even pushing for the package to contain amnesty for illegal immigrants. With 11 million Americans out of work, why are Democrats pushing to give work permits and amnesty to 11 million illegal immigrants? Democrats priorities are misaligned.

CDC Releases Shocking Report on Lockdowns’ Impact on Our Nation’s Health: Last week, the CDC issued a report showing the lockdowns have had serious consequences on Americans’ health. Suicide, mental health issues, drug and opioid overdoses, and child abuse and neglect have all increased amid the lockdowns. We must end the lockdowns and reopen schools now—our nation’s health depends on it.

Biden Administration Pretends School Closures Are About Money—But It’s All Politics: Despite the overwhelming scientific evidence and the call to action from President Biden to reopen schools, White House Chief of Staff Ron Klain, when asked why schools were not following the science and reopening, said “I’ll give you a word: money.” According to CDC estimates, implementing all necessary precautions needed to reopen schools safely and successfully would cost about $23 billion. However, Congress has provided states with billions of dollars, and it is estimated they have access to between $54 and $64 billion. Reopening schools clearly is not about money; it is about politics.

Follow the Science, Except When the Union Bosses Tell You Not To: Last week, CDC Director Dr. Rochelle Walensky stated that teachers do not need to be vaccinated before schools can safely reopen. White House Press Secretary Jennifer Psaki quickly dismissed her recommendation and said she spoke in her “personal capacity.” This comes as President Biden previously stated that his “Administration will lead with science and scientists — with a CDC and NIH that are free from political influence…” As Mike Bloomberg said this week, “The president has to stand up to the unions.”

Vaccines for Illegal Immigrants and Terrorists: The Biden Administration announcedlast week that it is taking steps to vaccinate illegal immigrants ahead of Americans who are currently being denied the COVID-19 vaccine. The Department of Defense also planned to give vaccines to terrorists held at Guantanamo Bay, but this plan has since been rightfully paused. Republican Whip and Select Subcommittee on the Coronavirus Crisis Ranking Member Steve Scalise (R-La.) said, “It is time that President Biden puts Americans first when it comes to protecting the hard-working families who are counting on Washington to put them first. President Biden must abandon this ridiculous plan and instead focus on getting the elderly, the vulnerable, frontline workers, and other essential Americans vaccinated as quickly as possible.”

Open the Schools NOW: Republican Whip and Select Subcommittee on the Coronavirus Crisis Ranking Member Steve Scalise (R-La.) continues to call for schools to reopen their doors to students now.

Where’s Biden on Opening Schools? (WSJ Editorial Board)
“Perhaps you’ve heard, a few thousand times, that the Biden Administration will listen to the science. Well, the science says schools can safely reopen, but the White House is still listening, make that bowing, to the non-scientists who run the teachers unions.”

Mike Bloomberg says Joe Biden needs to ‘stand up’ to teachers unions (New York Post)
“It’s time for Joe Biden to stand up and to say, the kids are the most important things, important players here. And the teachers just are going to have to suck it up and stand up and provide an education. … The president has to stand up to the unions.”

Frederick Hess: Do Educators Actually Believe Schools Are Essential? (National Review)
“Nearly a year after the nation’s schools slammed their doors last March, most children are still not back in classrooms at all. While exact figures are elusive, it seems that only about a third of students nationwide are attending school in-person each day … Are schools essential or not? Are educators like the ambulance drivers, sanitation workers, and firefighters who have continued to show up for work every day to provide an indispensable service? If not — if public schools choose instead to fashion themselves as nonessential purveyors of uneven online content — then parents and policy-makers would perhaps do well to take them at their word and respond accordingly.”

The high cost of missed school (Axios)
“The U.S. economy could take a $14 trillion to $28 trillion blow in the long run due to coronavirus-induced learning loss, according to economists’ projections. And the longer the pandemic keeps kids out of classrooms, the higher that number will climb … On average, American students from kindergarten to fifth grade have missed out on 20% of the reading and 33% of the math skills they would have learned in normal times, according to a McKinsey report that analyzed diagnostic test scores across the country.”

America’s Students: Students across the United States are our heroes for persevering through virtual school. While teachers unions have refused to go to work, students have been resilient despite lockdowns and school closures. A Harlem public school student recently stated, “virtual school is not real school.” It’s time to put students first and reopen schools to in-person learning.

Childcare Workers: Cornerstone Academy in Augusta, Georgia provides childcare to children between the ages of six weeks and 12 years old and safely reopened its doors to children after closing just for three weeks last March. By keeping their doors open to children, they are able to support working families who need access to childcare. 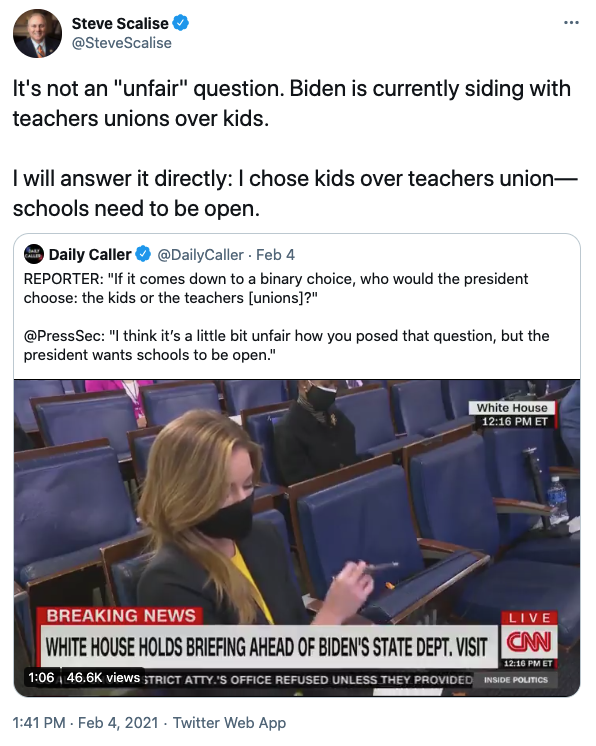 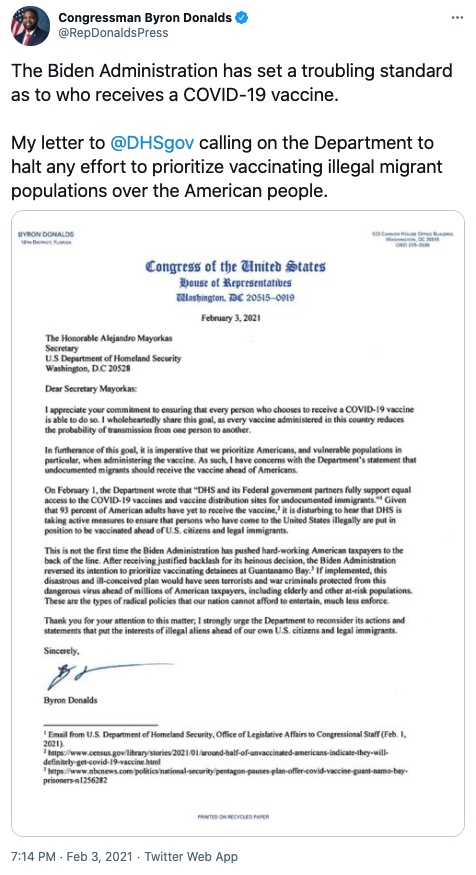 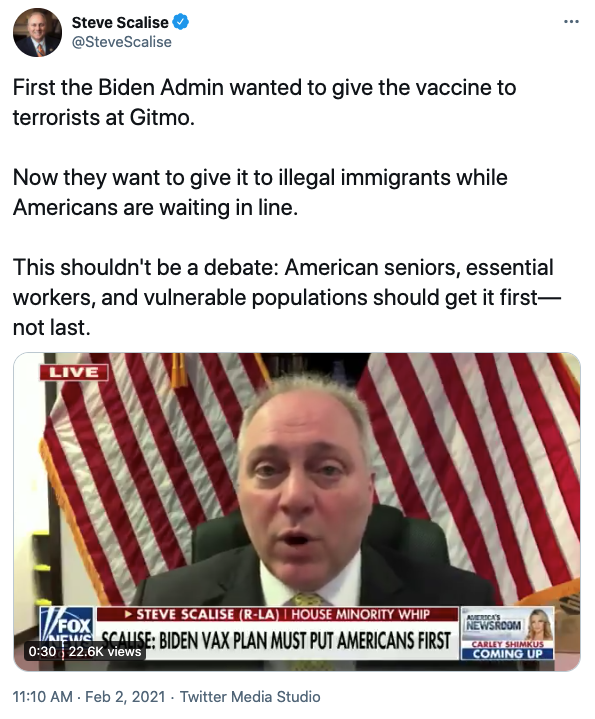 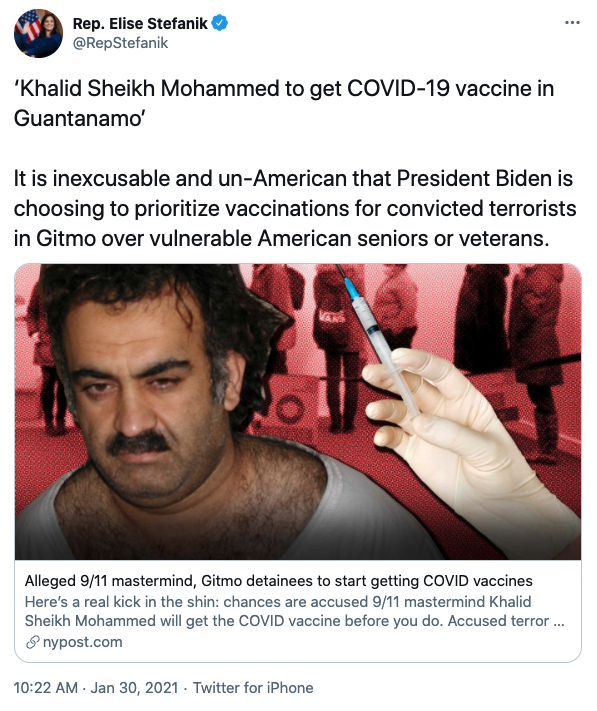 The Republicans on Ways and Means point out that the Democrats’ latest relief package contains a radical agenda. 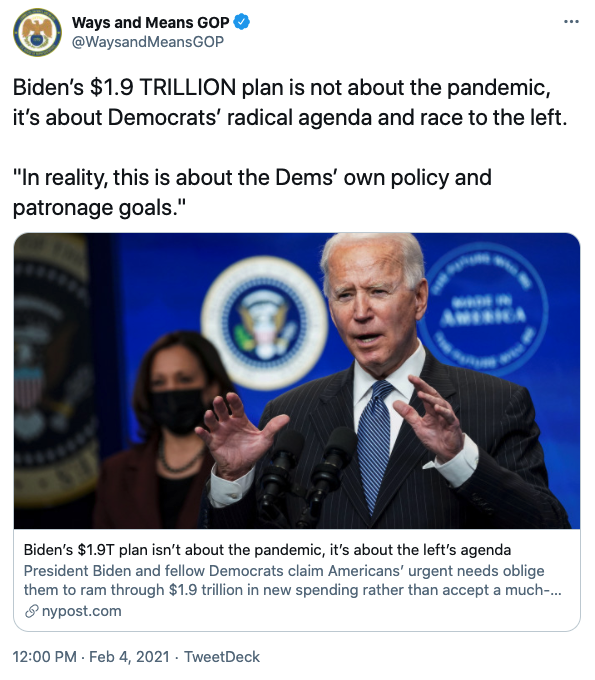 Representative Jim Jordan (R-Ohio) commends the Trump Administration for the success of Operation Warp Speed to deliver vaccines to the American people in record time. 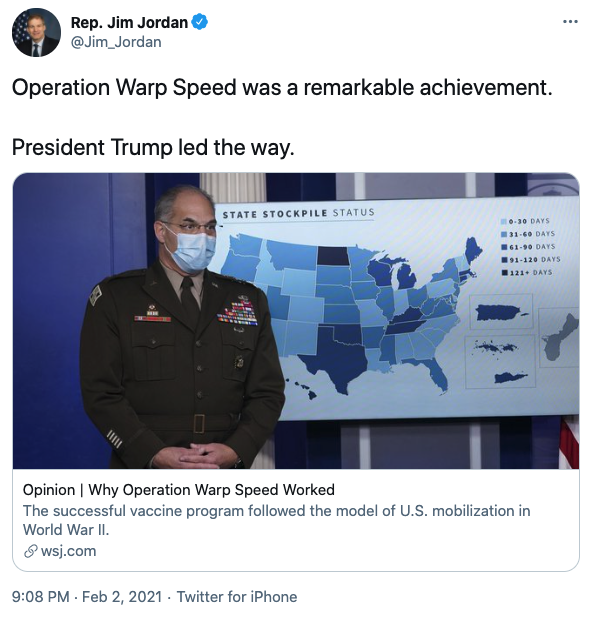