WASHINGTON, D.C.—Following the State of the Union, House Republican Whip Steve Scalise (R-La.) joined Fox News Channel’s Hannity to share his reaction to President Donald Trump’s State of the Union address. Whip Scalise highlighted the President’s message of unity and American strength that was symbolized by the World War II veterans and Holocaust survivors in the gallery. Whip Scalise then discussed the President’s commitment to protecting life and his challenge to Congress to rise above partisanship for the benefit of the country.

Today, Whip Scalise introduced a resolution providing for floor consideration of Born Alive legislation. After 30 legislative days, Whip Scalise will file a discharge petition that would force a vote in the U.S. House of Representatives upon being signed by a majority of members of the House. 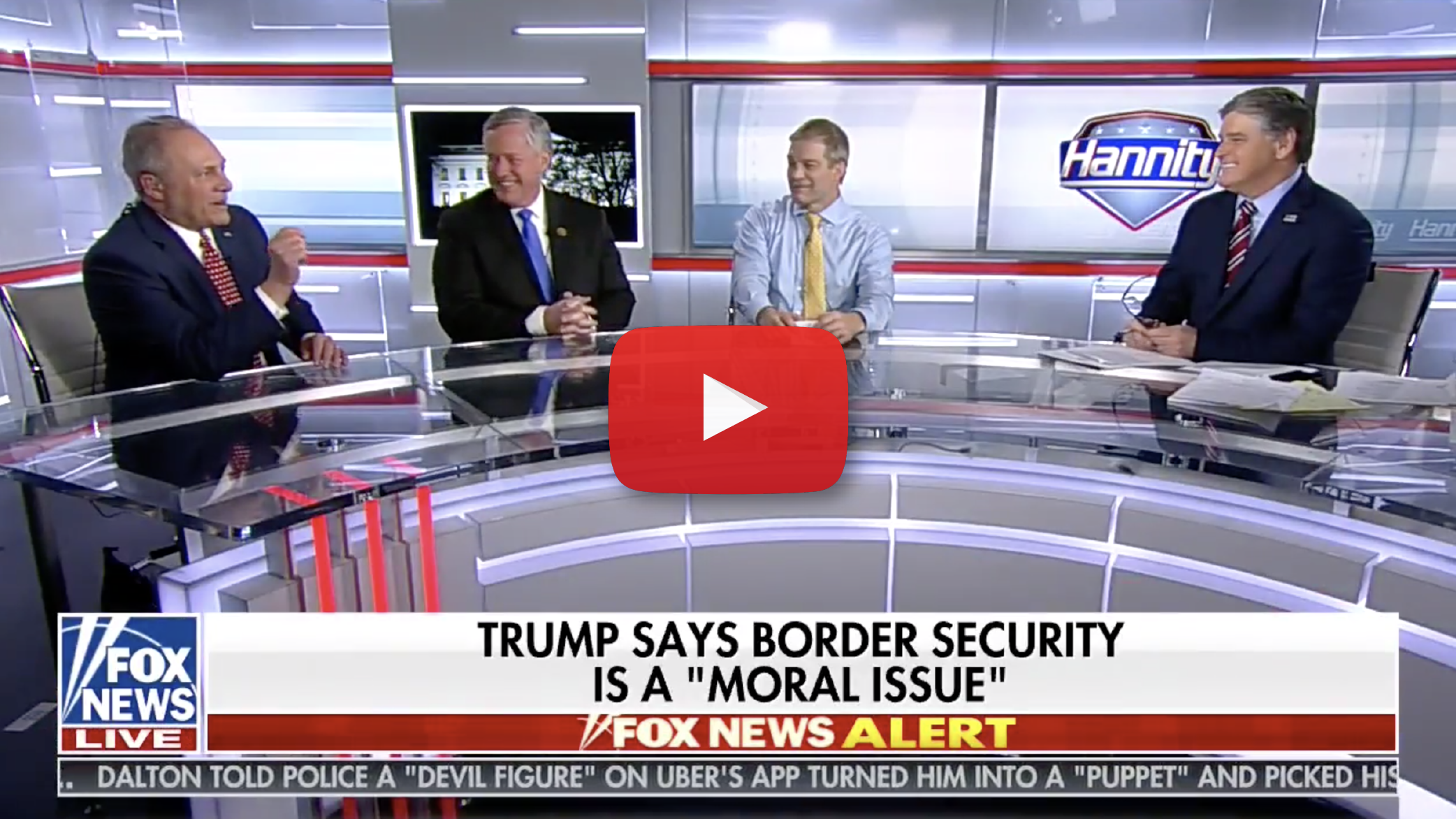 Click here or on the image above to watch the interview.
On President Trump’s strong message during State of the Union:

“It was a great contrast from what we saw under Barack Obama… Millions of people had given up looking for work. People thought that we could never be that great nation again. And then, there he has in the gallery three men who stormed the beaches of Normandy.

“Talk about an amazing story. One of these guys who stormed the beaches of Normandy, a year later liberated Dachau. Then, sitting right down the aisle from him is somebody who was in one of those concentration camps at Dachau that was liberated by that very soldier. What a great nation this is. These are the men who made our nation great, the women who made our nation great. The President highlighted those stories.”

On President Trump’s message protecting the sanctity of life:

“He talked about the sanctity of life. [Rep.] Ann Wagner just filed a bill today to prohibit [the murder of innocent life]. Basically when somebody is born alive, whether it was a botched abortion or whatever it is… just about everybody agrees you should not allow that kind of procedure to happen.”

On the President’s challenge to Congress to rise above partisanship and achieve greatness:

“The President talked about greatness and he challenged us to be that great nation again.

“The World War II veteran in his nineties got up more times to applaud than a lot of those Democrats when he was talking about the greatness of this country and rejecting socialism. That’s how far to the left they’ve moved. Our country wants national security; they want border security. The polling you just showed shows it. That’s why we’re in this fight. We have to get this done.”