WASHINGTON, D.C.—House Republican Whip Steve Scalise (R-La.) joined fellow Republican leaders to discuss Speaker Nancy Pelosi’s (D-Calif.) radical agenda that is on display this week through the Rules Committee’s consideration of Medicare for All legislation and the scheduled vote on H.R. 9, the Climate Action Now Act. Whip Scalise stressed that under a government takeover of health care through Medicare for All, the private insurance market would end and more than 150 million Americans would lose their current health care plans. Then, he highlighted the disastrous economic effects rejoining the Paris Climate Accord would cause. 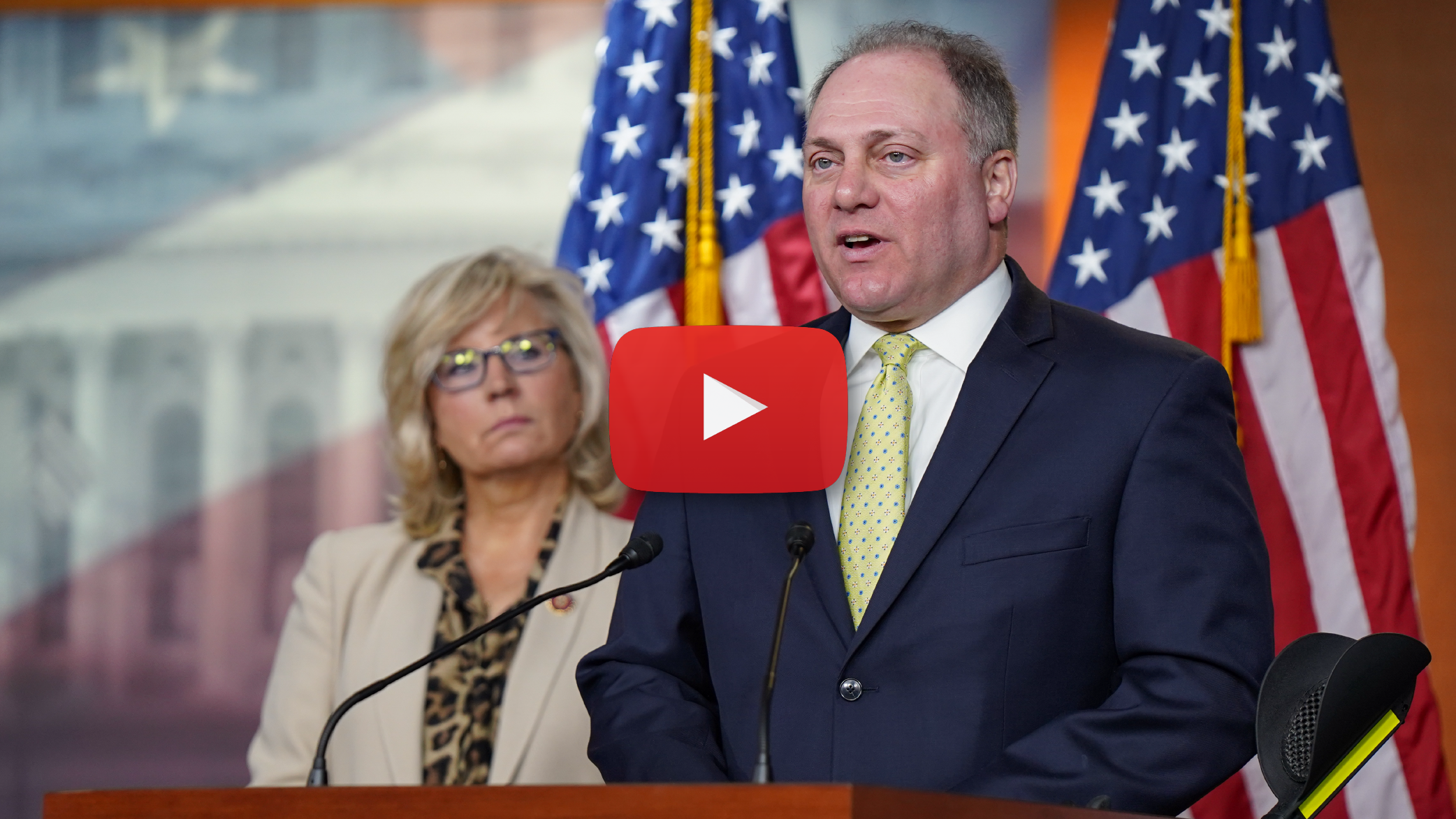 Read the full remarks below.

On the recent Poway synagogue shooting:

“Like [Republican Conference Chair Liz Cheney], I share a deep concern for the rise in anti-Semitism that we are seeing around the country. Our prayers are with everyone at the synagogue in California, the fatalities as well as the injured. We commend those heroes, the rabbi and the off-duty border patrol agent, who helped confront the shooter and run the shooter off and ultimately led to his capture.”

On the Rules Committee hearing on Democrats’ radical socialist agenda to institute a government takeover of the health care system:

“We also are concerned about what we are seeing on this far-left socialist agenda from Nancy Pelosi. In just a short period of time, we’ve seen some of the most radical ideas and unfortunately the ideas keep getting worse. Especially what we’re talking about today and what [Dr. Michael Burgess (R-Texas)] will spend good quality time in the Rules Committee discussing.

“It’s a serious issue and it exposes where the Democrats really want to go on health care. It started with the Affordable Care Act, which clearly was not affordable. The lies, the broken promises—‘If you like what you have you can keep it.’ Costs were going to be lower and in fact now costs are even higher.

“Many millions of Americans, including people with pre-existing conditions, are not only seeing increases in their premiums, they’re seeing deductibles as high as $10,000. That’s not affordable health care. That’s not the direction we want to go.

“In fact, now they want to go even further to the left with this idea. It’s not ‘Medicare for All,’ it’s about taking away private insurance. Under the Democrat bill, over 150 million Americans would lose the good health care they have in the private insurance market. Again, another broken promise, ‘If you like what you have you can keep it,’ not under this health care bill where they literally would take away more and more choices.

On the contrast between Republican and Democrat health care agendas:

“Over 150 million people would lose good health care they like. It would destroy rural hospitals all across America and would lead to fewer choices and higher costs. We want to protect people with pre-existing conditions while focusing on lowering premiums and giving families more choices. Let families choose what doctor they want to see and what plan they want to buy for their family, not some unelected bureaucrat in Washington.

“It’s a very clear contrast of where the Democrats are trying to take us further down a path that destroys good health care for over 150 million Americans versus what we want to do to help protect families with pre-existing conditions and families without pre-existing conditions, who are paying too much and have fewer choices. Let’s give them more choices with lower premiums.”

On House Democrats’ push to rejoin the Paris Accord and the negative economic effects:

“Finally, we’re going to see tomorrow the Democrats try to push us back into the Paris Accord. President Trump rightfully removed us from that agreement. Every [European Union] country that is in the agreement isn’t even achieving the goals that they set out.

“If you look at what it’s going to do, it would wreck every manufacturing economy involved. In the American manufacturing economy, we are seeing an incredible renaissance. We are seeing an energy dominant renaissance. We are seeing a job renaissance because millions of jobs are coming back to America. Higher wages are the result for families that are hardworking, that were looking for better opportunities. They are finally seeing those opportunities. That would go away. And where would it go? Those jobs would go to China. They would go to India. Countries that are exempt from the very Paris Accord numbers that everybody’s talking about until 2030. They are the highest emitters.

“In America we’ve actually seen a reduction since 2000 in carbon emissions, a dramatic reduction, through technology. We don’t want to lose the great economic gains we’ve achieved and we don’t want to lose the reduction in carbon emissions that we’ve been able achieve over the last 19 years because of—not just economic growth—but because of great innovation and technology that America’s always been known for. Let’s not yield those kinds of gains to countries like China and India who emit five times, in many cases, more carbon than we do. We’ll be battling on all of those fronts.”