TOPLINE: Starting on day one, the Biden Administration has prioritized far-left climate and economic policies that have killed good-paying jobs and crippled our economy. Now, President Biden and his socialist enablers in Congress are reaping what they sowed: mounting debt, rising inflation, record-high gas prices, and a downtrodden economy. President Biden’s budget proposal speaks volumes about Democrats’ disconnect from reality and does nothing to reverse their self-made crises.

Biden’s Budget Will Not Reduce the Deficit or National DebtOn Monday, the Biden White House unveiled its $5.8 trillion budget proposal for Fiscal Year 2023. 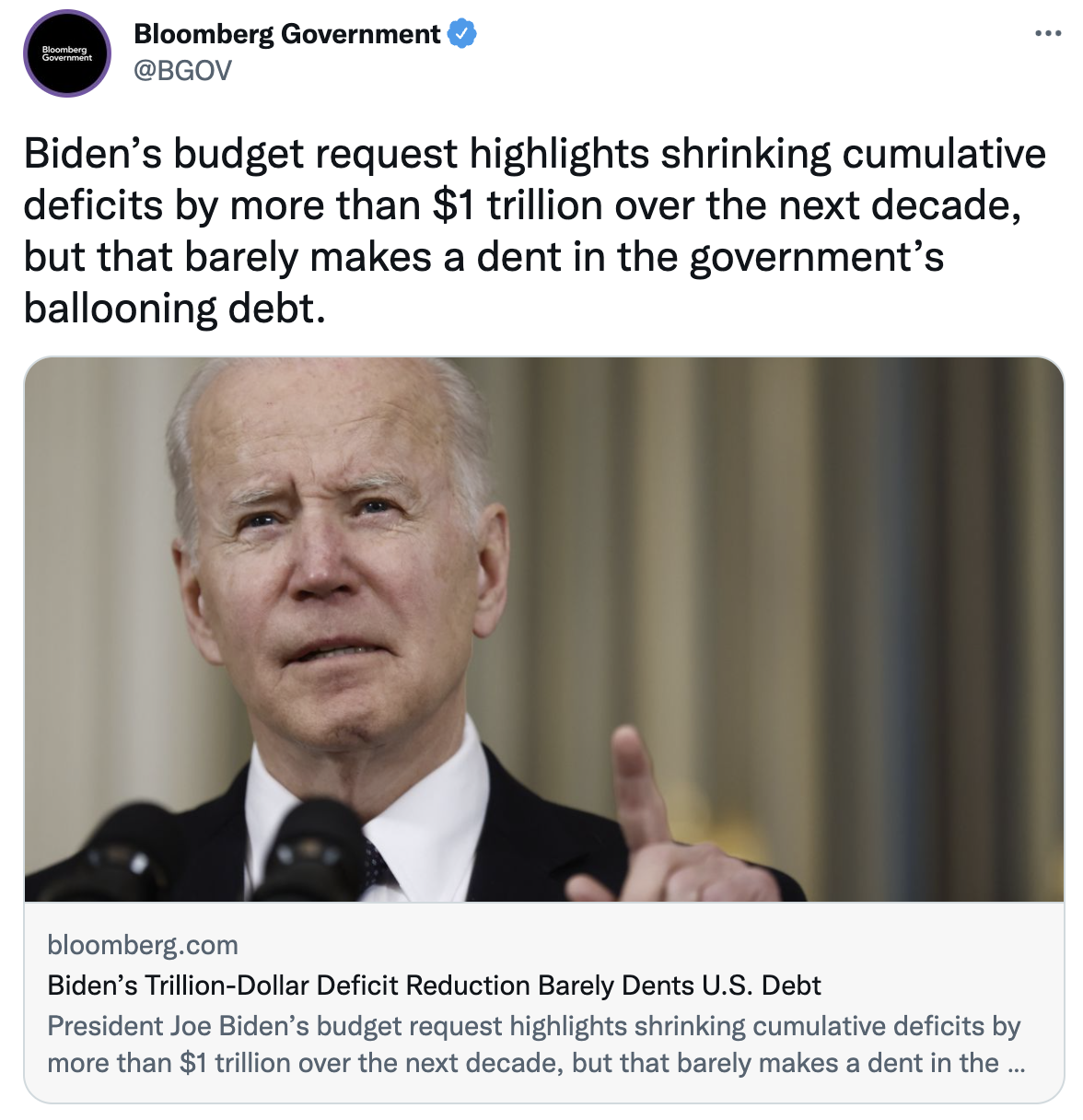 Americans Will Save Less and Pay More Because of Joe BidenThanks to President Biden’s out-of-control spending, inflation has reached its highest level in 40 years, with the Consumer Price Index rising by 7.9 percent from February 2020 to February 2021.

To add insult to injury, the average national price for a gallon of gas has reached an all-time high.

The University of Pennsylvania’s Penn Wharton Budget Model estimates that the average family spent “around $3,500 more in 2021 to achieve the same level of consumption of goods and services as in recent previous years (2019 or 2020)” and “that lower-income households spend more of their budget on goods and services that have been more impacted by inflation.” What is President Biden’s solution? To introduce a budget that raises taxes, doubles down on Democrats’ destructive economic policies, and includes a backdoor for Build Back Better-level spending. In the “General Explanations of the Administration’s Fiscal Year 2023 Revenue Proposals” published by the U.S. Department of Treasury, the report states that President Biden’s budget proposal incorporates nearly all revenue provisions from H.R. 5376 – also known as Democrats’ trillion-dollar tax-and-spending spree. Obviously, the billions in new government subsidies included in that bill would further fuel inflation.

Although the inflation rate has been steadily rising, and hovers just under 8 percent, President Biden’s budget projects that inflation will be reduced to 4.7 percent by the end of 2022.

These tax hikes will weaken our economy and hurt local businesses and the workers that they employ.

The language was removed from this year’s budget proposal, but the lesson is still the same – the American people are suffering from President Biden’s costly war on U.S. energy. Even with gasoline prices at record highs, President Biden continues to push his anti-American energy agenda. His budget includes $45 billion in new taxes on domestic energy production, but no plan for new domestic oil and natural gas leases, expediting pipeline construction or increasing exports of American resources to our allies abroad. In this year’s budget proposal, the Environmental Protection Agency would see its highest funding level ever – $11.9 billion – a 28.8 percent increase. 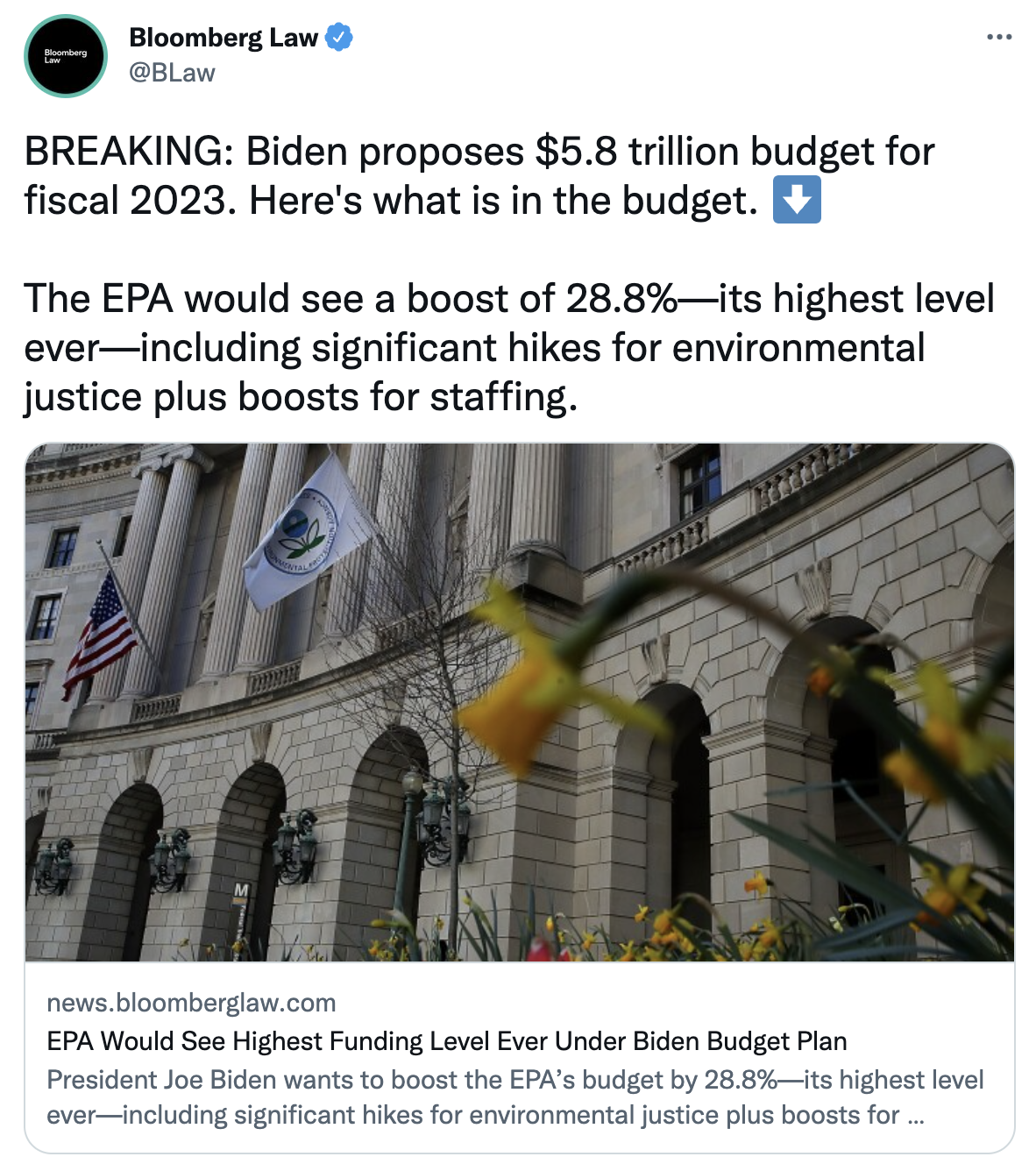 To add insult to injury, President Biden wants to give $11 billion in taxpayer money to help other nations with climate change – more than ten times the amount given in FY2022. 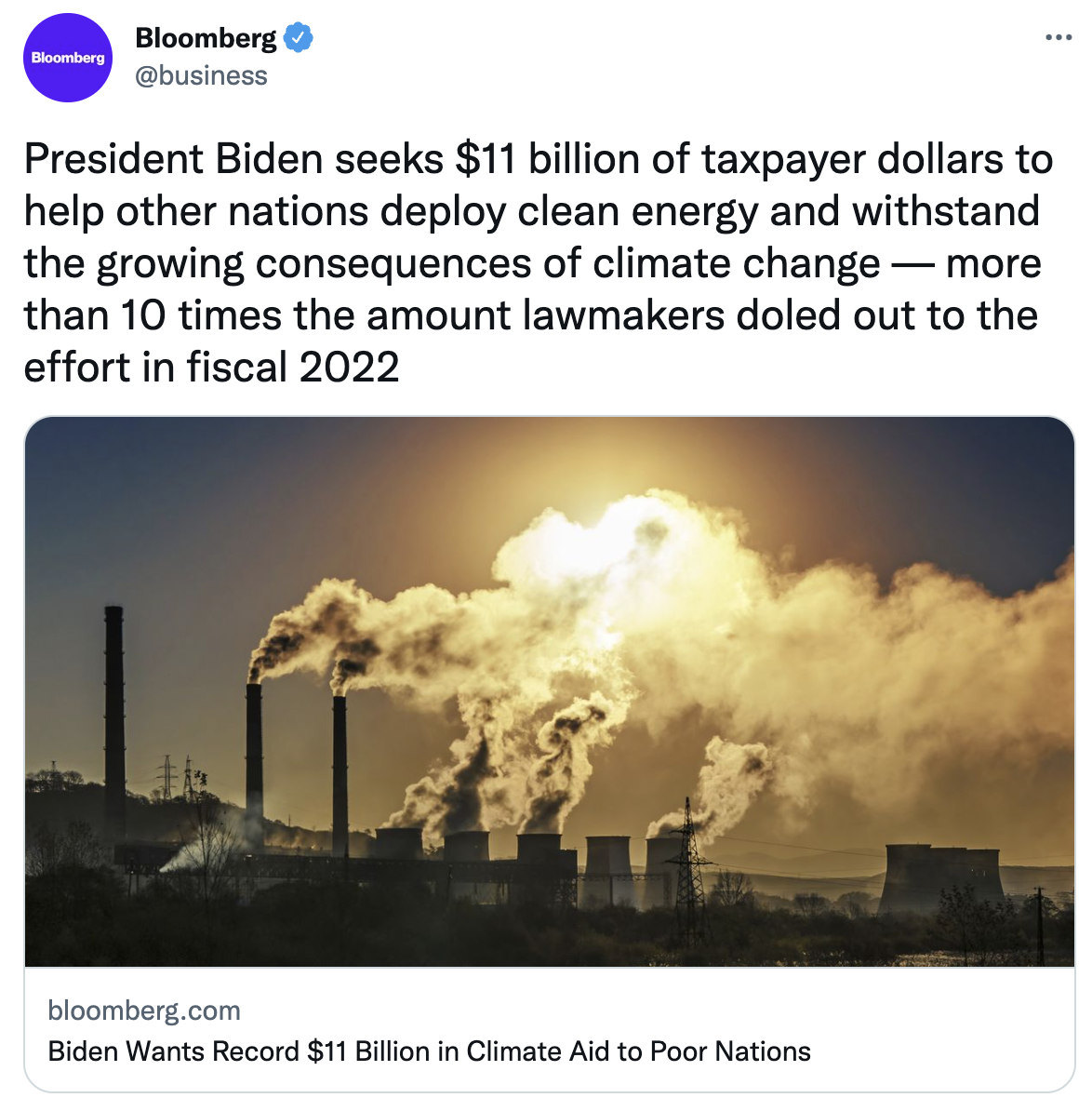 Liberal climate policies, like spending $1.4 billion to build charging stations across the country, or encouraging families to buy an electric vehicle are not the answer to our nation’s energy crisis. Sadly, the Biden Administration is pursuing an out-of-touch energy agenda while American consumers pay the price.

Biden’s Budget Bolsters Illegal Immigration Instead of the U.S. MilitaryPresident Biden’s border crisis is getting worse – not better. 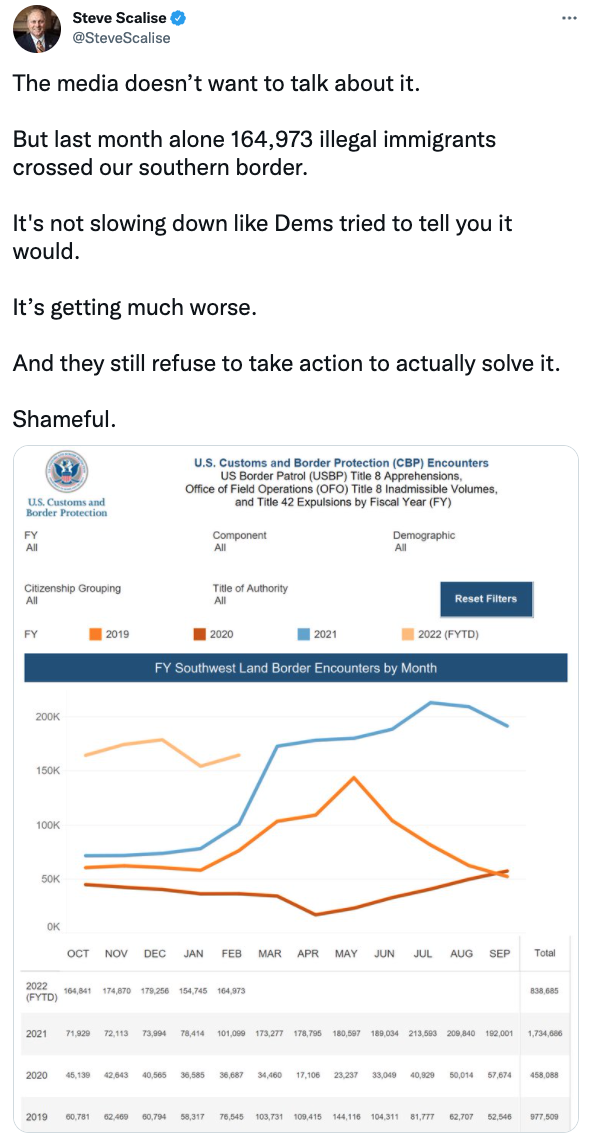 Since President Biden assumed control of the White House, more than 2.4 million illegal immigrants have been apprehended attempting to enter the United States.  This number surpasses the population of Houston, Texas – the fourth-largest city in America. Instead of bringing back President Trump’s successful border security and immigration policies that kept the American people safe, the Biden Administration is using the President’s budget to advocate for even more open-door immigration policies – like refusing to spend the $1.9 billion that House Republicans included in the FY22 omnibus appropriations bill to build President Trump’s wall at the southern border. President Biden wants to cut ICE detention by more than a quarter from the current level of 34,000 beds to just 25,000. This is unacceptable.

Through his budget, President Biden is actively working to dismantle the United States’ border and immigration enforcement system.

In a press release, Homeland Security Secretary Alejandro Mayorkas boasted that President Biden’s budget includes $375 million for his ​​fast-track asylum rule to let pro-migrant officials award asylum and citizenship to many economic migrants instead of the decision being made by judges.

It’s an outrage that the Biden White House is prioritizing illegal immigrants in its budget instead of the needs of the U.S. military. President Biden proposed a defense budget that slashes the U.S. Army, Navy, and Marine Corps and reduces the number of ships and aircraft in the United States’ arsenal.  President Biden’s defense budget fails to keep pace with inflation, and every dollar allocated to our troops will be eaten by inflation and make it incredibly difficult for the U.S. military to modernize and expand its capabilities. While China grows its defense budget by 7 percent this year, President Biden’s proposal effectively shrinks America’s.

BOTTOM LINE: Democrats do not care about how their reckless spending and enormous tax increases will hurt the American people or the U.S. economy. Millions of families, workers, and small businesses are suffering from the disastrous effects of President Biden’s costly and irresponsible policies. The American people, who are paying more for food at the grocery store and gasoline at the pump, are souring on President Biden’s self-made crises and war on American energy. With skyrocketing inflation and disappearing jobs, President Biden has made it clear that he cannot craft a responsible fiscal agenda that meets the needs of American families.