TOPLINE: Over the last two years, China has caused global destruction by concealing the truth about its initial COVID outbreak. The Chinese Communist Party (CCP) has also committed horrible human rights abuses against the Uyghurs, and, disturbingly, they have become more aggressive towards Hong Kong and Taiwan. What is Speaker Pelosi’s response? To introduce a package of progressive priorities that gives China an economic and diplomatic upper hand over the United States. There is no reason for any Member of Congress to vote for Democrats’ soft-on-China legislation.

Far-Left Giveaways That Have Nothing to Do with Countering ChinaAt nearly 3,000 pages, Speaker Pelosi’s America Concedes to China Act is a liberal wishlist filled with reckless spending that she knows Republicans will not support. With a total cost of $325 billion, with $54.2 billion in new mandatory spending, Democrats’ legislation does not adequately address the growing threat from the CCP and will cause Bidenflation to increase even more.

Make no mistake – this bill fails to address the growing threats posed by the CCP and is instead a grab bag of socialist handouts and irresponsible expansions of government subsidies.

The United States cannot – and should not – attempt to replicate the CCP’s massive spending, expansive government subsidies, and centralized, top-down command and control.

This directly impacts every taxpayer and should warrant immediate action from Congress. Instead, Speaker Pelosi is ignoring China as the largest perpetrator of intellectual property theft.

To add insult to injury, the CCP has been leveraging its graduates, scholars, and researchers for confidential information from American colleges and businesses that go on to employ them.

In order to compete against China globally, America needs more home-grown STEM graduates to fill these posts and to take concrete steps to counter China’s academic and economic espionage campaign.

The America Concedes to China Act surrenders our global competitive edge to China by:

Democrats Are Not Serious About Confronting China

The America Concedes to China Act is carelessly written – it is full of errors and provisions calling for things that are significantly outdated.

For example, Section 30243 calls for the release of two innocent Canadian citizens who had been arbitrarily held hostage by the CCP. 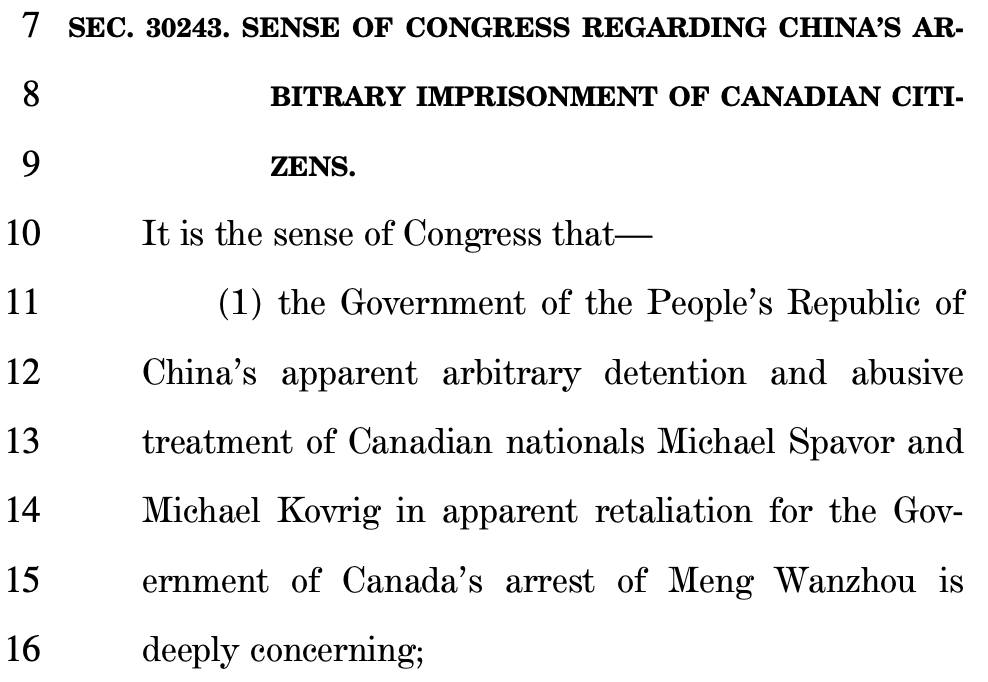 However, those Canadian citizens were released in September of 2021 – more than four months ago.

The legislation also calls for the Biden Administration to release a report on the possible origins of COVID-19.

But that report was issued in August 2021 – more than five months ago.

In President Biden’s Statement of Administrative Policy in favor of H.R. 4521, he does not mention the word “China” once when he voices his support for the bill.

Democrats’ sloppiness damages the United States’ global standing and reveals that they are not taking the CCP seriously.

Republicans Have A Plan to Counter the Chinese Communist Party

In September 2020, the China Task Force released a report with more than 400 recommendations about how the United States can successfully counter the CCP’s pursuit of power.

Two-thirds of the legislative recommendations had bipartisan support in Congress.

Some of these recommendations called for:

If Speaker Pelosi and House Democrats were serious about passing a bipartisan bill that would actually counter the CCP’s aggressive expansion, they would have partnered with House Republicans.

BOTTOM LINE: Speaker Pelosi’s bill fails to meet the moment and fight for hard-working Americans. Democrats’ America Concedes to Act is nothing but a bad messaging bill. Democrats are supporting weak legislation so they can talk tough on China. Let’s be clear: there has been only one party in Congress that is committed to standing against the CCP’s ruthless pursuit of power. From House Republicans’ China Task Force to its efforts to uncover the origin of COVID-19, House Republicans have repeatedly invited Democrats to come to the table and seek bipartisan solutions to hold China responsible for their inexcusable and inhumane actions. Time and time again, Democrats have said no. They do not want to speak with one voice against the CCP. Through their words and their actions, Democrats are putting China first and America last.