WASHINGTON, D.C.—House Republican Whip Steve Scalise (R-La.) joined fellow Republican leaders to expose Democrats’ continued opposition to finding a compromise to reopen the government and solve the border crisis. Whip Scalise highlighted the numerous proposals offered by President Trump that Democrats, led by Speaker Nancy Pelosi (D-Calif.), have rejected. Speaker Pelosi refused the President’s latest offer over the weekend even before the announcement was made.

Time and again Democrats have made it clear they have no interest in reopening the government or protecting America’s southern border. 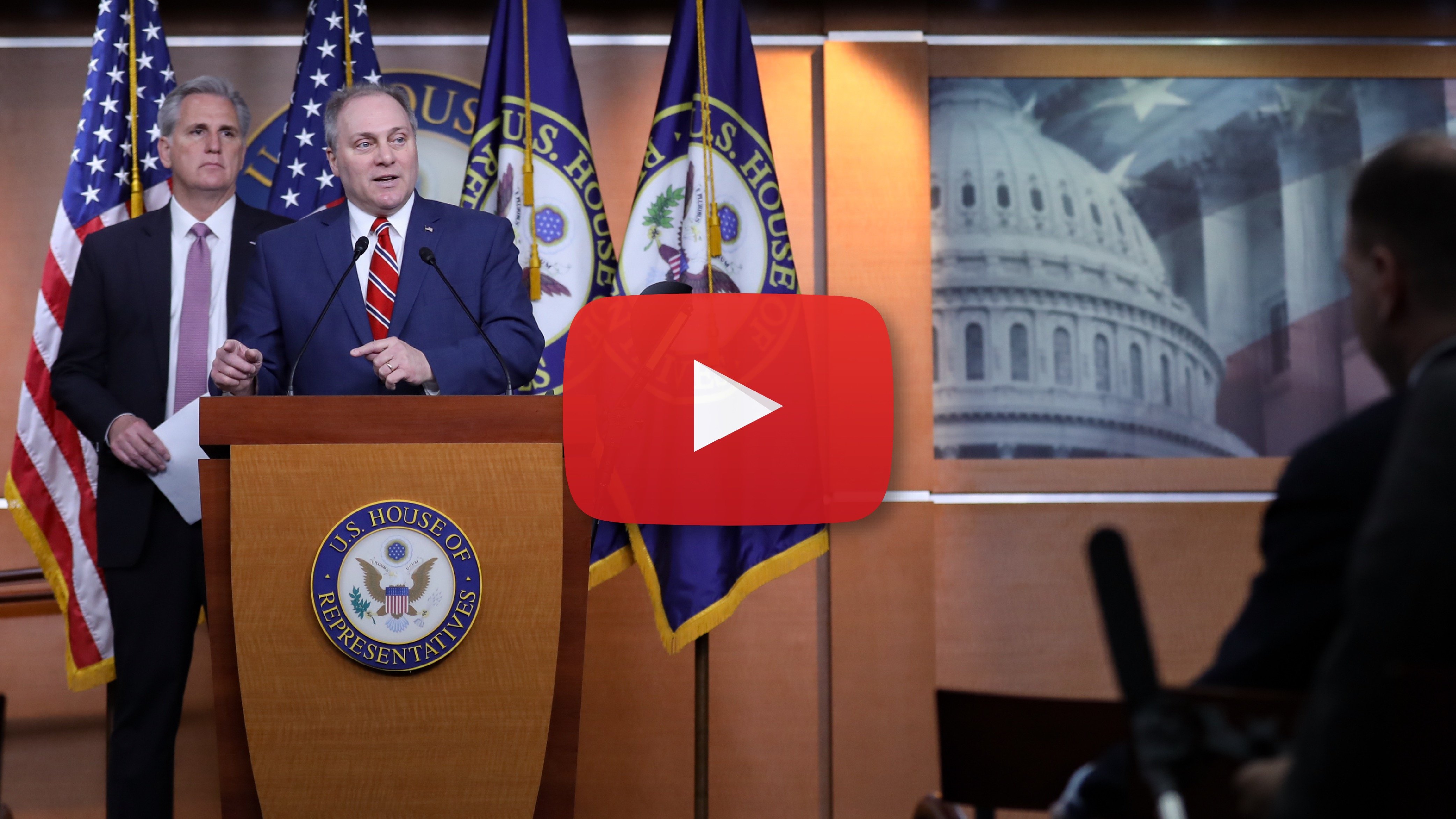 On working to reopen the government and solve the border crisis:

“We just left our weekly conference meeting. Clearly, our members are focused on working to reopen the government, and also securing our nation’s border.

“I was really glad that the President went and addressed the nation, and brought forward yet another proposal to both get the government reopened and to make sure that we can secure our border at the same time. Those have been the main two objectives all along, throughout this shutdown.

“We’ve seen on the Democrat side not one single attempt to put a counteroffer on the table.”

On Speaker Pelosi’s preemptive refusal of President Trump’s proposal over the weekend:

“If you watched on Saturday, the President didn’t go to the microphones until 4:07 p.m. to address the nation. At 4:00 p.m., seven minutes prior to President Trump even walking up to the podium—at 4 o’clock, Nancy Pelosi put out a statement rejecting the president’s offer as, quote, ‘a non-starter.’

“That was on full display Saturday, when she literally came out and rejected an offer seven minutes before it was even presented.”

On Speaker Pelosi’s failure to present an alternative proposal:

“In her statement, she actually said that some of the things that were in that offer were things that had previously been rejected. All three of the meetings that I’ve been to in the Situation Room with the President and all of our top leadership, not once did Nancy Pelosi try to put DACA on the table. President Trump did.

“President Trump on multiple occasions has put different alternatives on the table to try to jumpstart negotiations so that we can reopen government and secure our border. Not one time has Nancy Pelosi come forward with an alternative. Yet you saw on display Saturday, she rejected an offer before it was even presented. It’s time for Nancy Pelosi to get serious about wanting to help those workers who deserve to get paid.”

On Democrats’ failure to support a Republican bill that would have paid federal workers:

“To any Democrat who says they want federal workers to get paid, ask them why they voted against paying all federal workers through January 15th for the work [the federal employees] have already done.”

On the Senate’s plan to take up the President’s latest proposal to open the government and secure the border:

“This is serious. We’ve been serious about putting options on the table. President Trump has put yet another credible offer on the table to reopen the government and secure the border. It’ll be voted on by the Senate. I hope they’re able to get to 60 votes on a proposal that achieves all of those objectives, and send it over to the House so we can finally resolve this crisis.”