Whip Scalise also emphasized the need for Congress to reform the FISA process to hold bad actors accountable and prevent future abuses of this system that is vital to our national security. 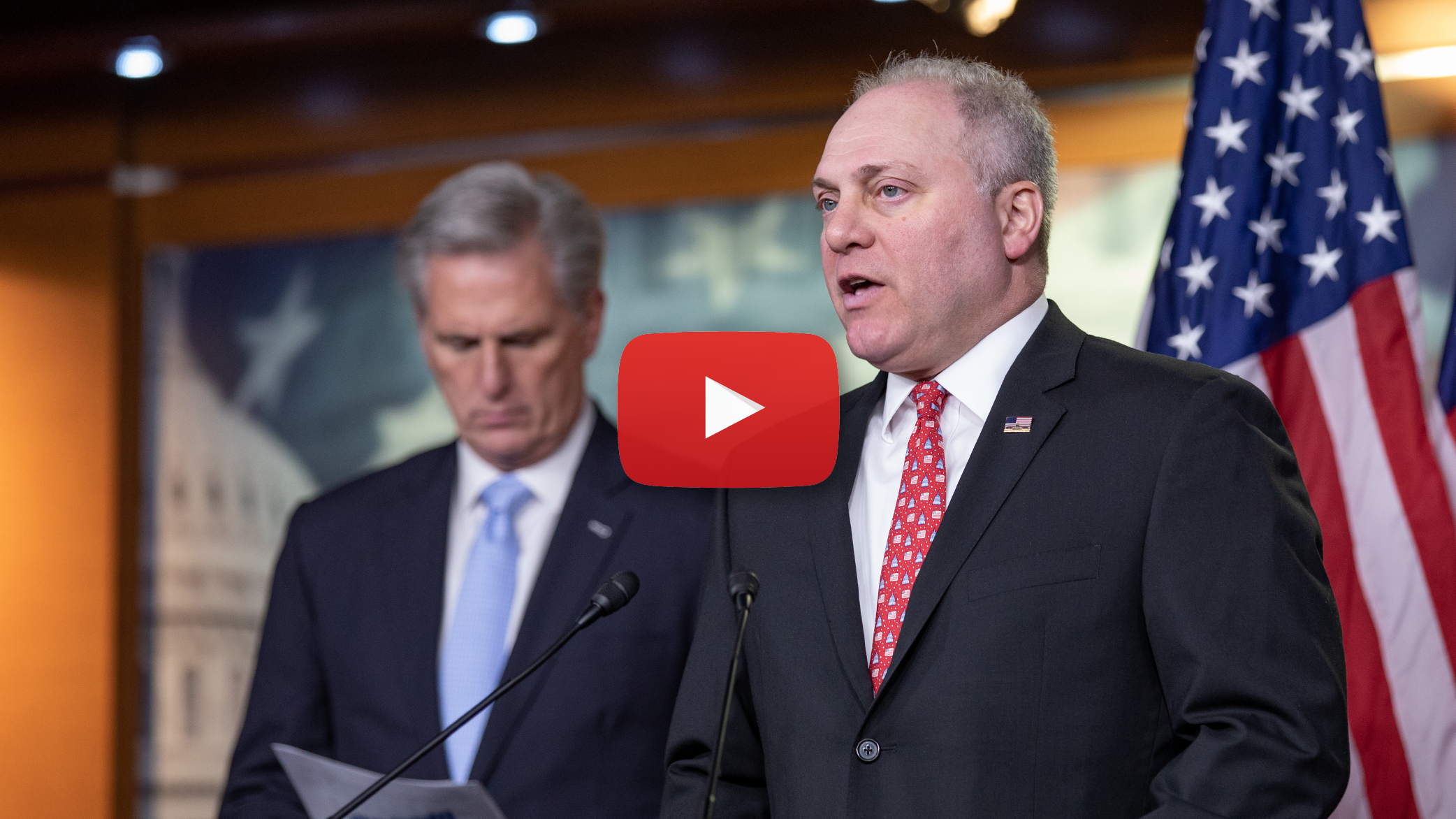 On Congress coming together to pass a measure providing assistance to address the Coronavirus:

“It’s important this week that Congress stay focused on working together to bring a supplemental bill that we can pass to make sure that the President and the entire Administration have all the tools that they need, working with state health officials and local communities to combat the Coronavirus. This is not a time for people to play political games, but unfortunately, you’re seeing some of that being injected as Democrats here in Congress are trying to put elements of their failed policies into this bill. [Republicans] are going to push back and make sure that we focus on getting the tools that are needed by the Administration in this bill, and keeping this bill focused on an answer to the Coronavirus to make sure that America has the tools they need for President Trump to keep Americans safe. That’s what the President’s objective is: he stated that very clearly. He’s been working with health officials, he put Vice President Pence in charge to send a message that this is a top priority and that all of the weight of the federal government will be put behind getting all the answers we need and getting all the tools that we need to local communities. And so, that’s being done, hopefully we get that bill passed this week and get it done quickly without any kind of political games that some people are trying to interject. We’re going to work to make sure that doesn’t happen, that we ultimately get a bill passed that focuses on addressing the Coronavirus and making sure that Americans are kept safe and aware of all the things they need to do. Listen to your local health officials. Obviously, washing your hands as often as possible is the best thing that individuals can do, but local health officials, as well as federal health officials have been very clear about the things that we know, what we don’t know, and what we’re doing to find a cure and we haven’t gotten there yet, but we’re going to continue working on it.”

On the need to implement reforms to the FISA process:

“In the meantime, there are other things that are happening here in Congress. We are still working to try to get a renewal of the FISA law while addressing the reforms that are needed to go and hold those people accountable who abuse the FISA court. FISA courts [are] a critically important tool to our nation’s security, but we know in the 2016 election it was abused by some people over at the FBI. And while we wait for the Durham Report to come out, and hopefully name names, identify those people who abused the FISA law so that they can be held accountable, we also need to make sure that the elements of FISA that are so important to our national security are renewed with reforms that prevent those abuses from happening again. Stronger criminal penalties against people who would dare to abuse that law, and hopefully never will abuse it again. But as we wait to hopefully see that, the Attorney General is able to bring people to justice who abuse the law. Let’s make sure we renew the FISA law with reforms that address those problems.”

On establishment Democrats’ attempts to prevent a socialist from becoming their nominee:

“And finally, as we’re watching the Democrats here on Super Tuesday go through their primary, it’s interesting to see that a lot of momentum has been pushed behind the anti-Bernie establishment to try to push everybody towards Joe Biden. Watching candidates drop out and quickly go endorse Joe Biden, trying to prop up Joe Biden as an alternative to Bernie. I think we’re seeing an interesting fight go on within the Democrat Party for those that are for Bernie Sanders, as well as those within the Democrat establishment who are trying to undermine his candidacy, and it’s going to be interesting to watch.

“I don’t think Democrat voters are going to allow this nomination to be rigged like it might have been in 2016. So, you know, we’ll see what happens later today. I think the bar is set high now, Biden’s got to go and do really well against Bernie otherwise it’s going to show the weakness of the Democrat establishment who are trying to undermine Bernie’s campaign. But it’s also curious as you watch some of these candidates flying around on their private jets telling families to change their lifestyle, and to not use fossil fuels, they’re flying around on their own private jets not living by the things that they’re telling other Americans to do to change their lifestyle. And I think people are paying attention to that, so it’s just interesting to watch. We’ll see what happens. But hopefully everybody gets out and votes today in those states where they’re having their primaries.”