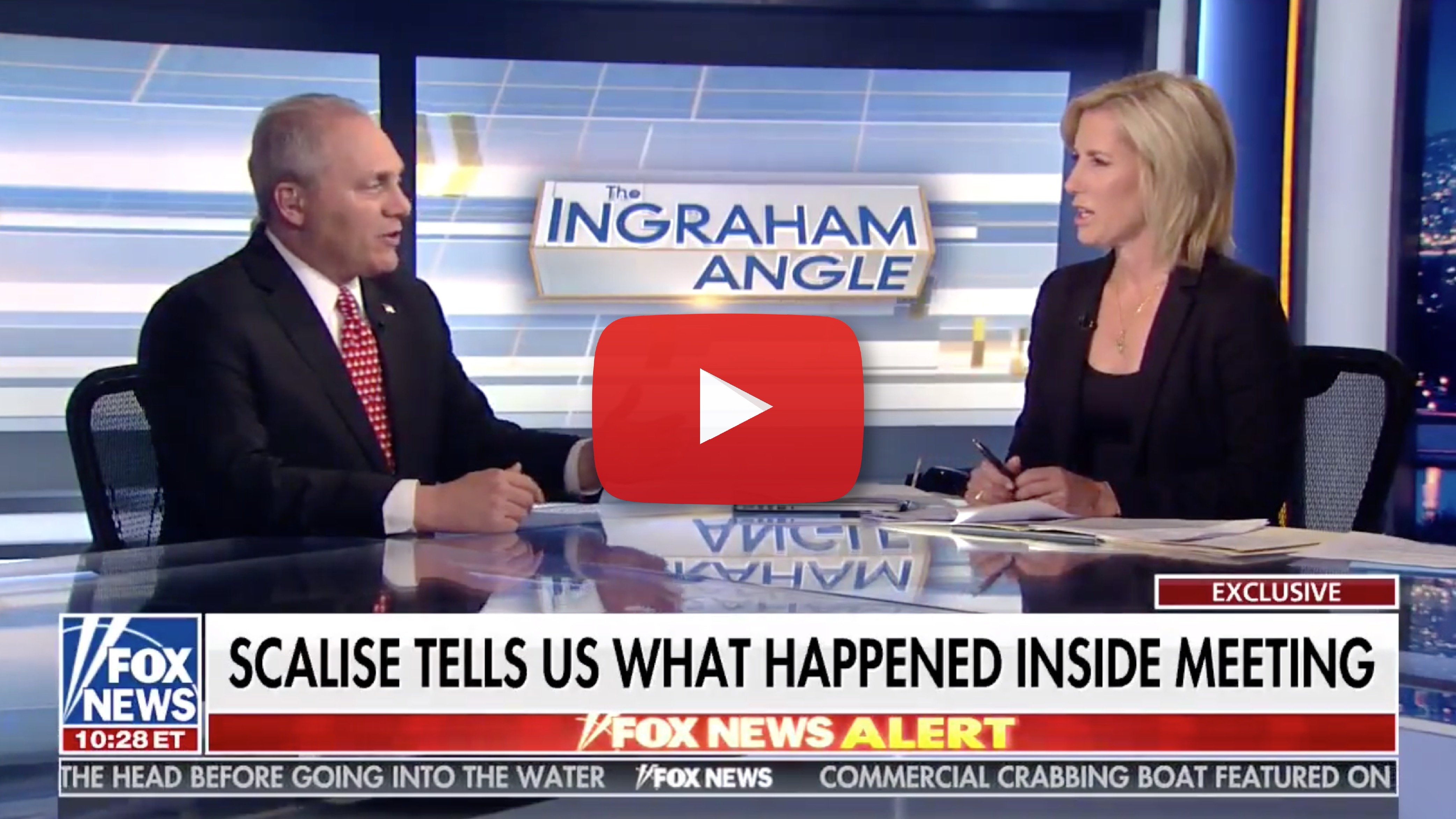 On the strength of House Republicans’ commitment to border security:

“Frankly, what you’re seeing is a growingly unified conference. Vice President Pence came last night to speak to our members and really gave a very impassioned plea about what this is all about. Then, of course you saw the President on TV last night.

“Keep in mind the media was reporting before [yesterday’s appropriations vote] that there were going to be 25 Republican defections. Go read the Politico article. I am the Republican vote counter. We were never anywhere close to that… We thought maybe a dozen or less. We ended up with eight. When they reported 25 and there ended up being eight, I’m sure there are going to be a lot of reports tomorrow saying that they were wrong. In the end, the President laid out, I think, a very passionate plea yesterday about why we are in this fight.”

On Speaker Pelosi’s refusal to negotiate:

“Nobody has had more tantrums than Chuck Schumer. Watching he and Nancy Pelosi last night, the Green Acres segment that they gave… In the end, they had no rebuttal to what the President said is a crisis at the border.

“She will not agree to a dime. …The only time she’s ever put an alternative on the table was when last week she jokingly said she would support a dollar. … We are in a serious negotiation. The President said, ‘The experts have told me it is going to take $5.6 billion to secure the American border. What’s your alternative?’ She says, ‘A dollar.’”

On the serious crisis at the border:

“The fear and division are coming from people who are tired of seeing the drugs pour across our border. Officer Singh’s family—there are so many people like that. I’ve seen story after story. Colleagues of mine have shared stories with me about deaths that have happened in their districts from people who have crossed here illegally.

“Every year, we bring in over a million people into our country legally to seek the American dream. It’s the people that are coming across the border illegally that are here to do bad things—drug dealers, terrorists. Last year, ICE agents saved over 900 children from human trafficking. What are [Democrats] going to say to those 900 kids? Are they okay with that?

“This President has done more to try to stem some of the tide of the bad things that are coming across our border from drugs to human trafficking to sexual assaults. Look at the numbers. Over 30 percent of all the women in the caravan have been sexually assaulted on their way over.”

On the break down of negotiations at yesterday’s White House meeting:

“Chuck Schumer voted for a similar wall in 2006. Where is their indignation on all of this?

“The President … was very calm. He was trying to get a solution. Nancy Pelosi never once has put an alternative on the table, not once. He looked at her and said, ‘You keep saying you want to open the government up again. What if I opened it up for the next 30 days? At the end of the 30 days will you support the wall?’ Without even blinking, she said no. He said, ‘Okay, well we are not getting anywhere.’”