Tomorrow, newly-sworn-in representatives will vote on Speaker Nancy Pelosi and Chairman Jim McGovern’s rules package. The 45-page document is an embarrassing example of liberal navel-gazing at one of the most difficult and important moments in our nation’s history. Republicans will vote no. Democrats should join us.

Some of the worst provisions include:

Please also see additional information on the rules package, courtesy of the House Committee on Rules Republicans, below. 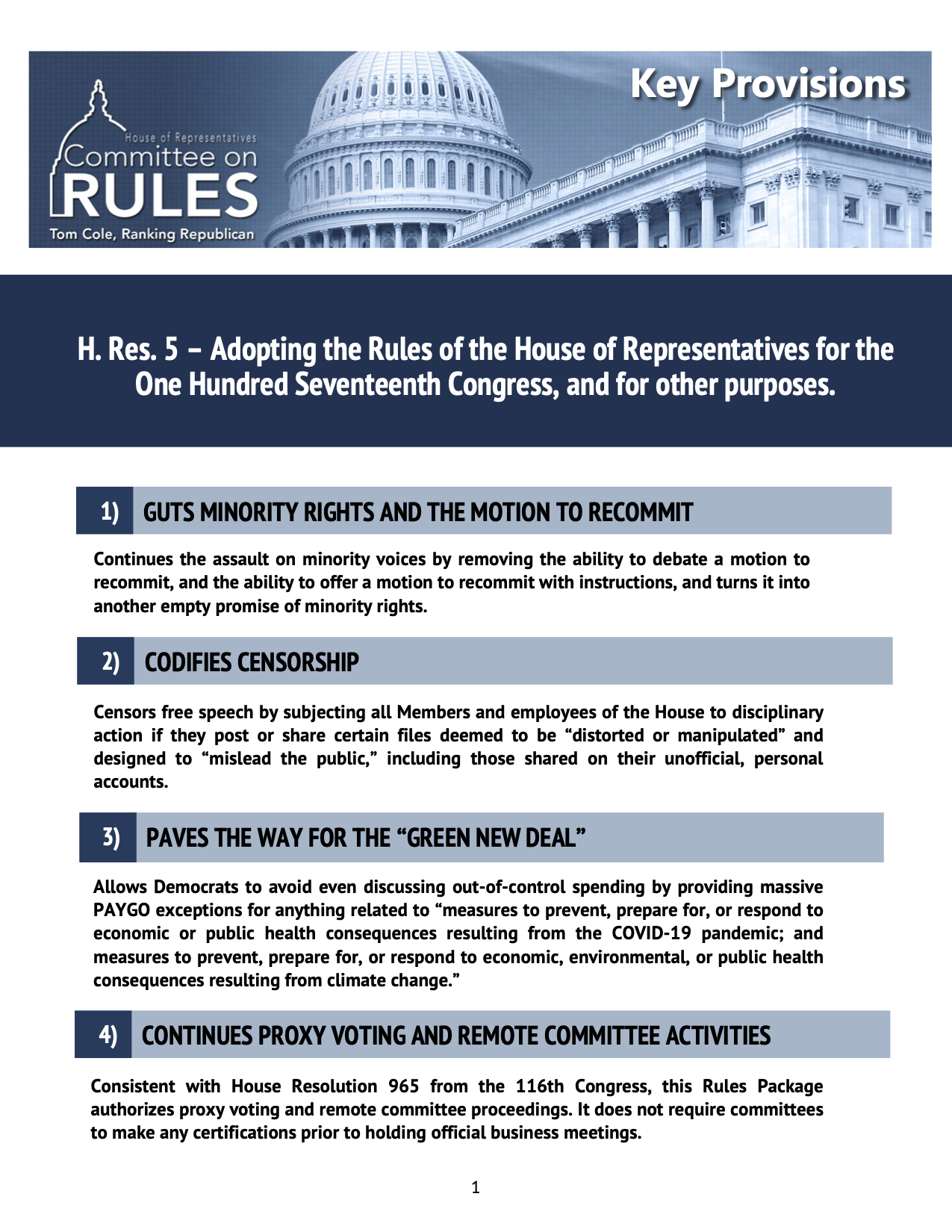 Click here or on the image above to view the one-pager.

BOTTOM LINE: Speaker Pelosi’s new rules are written by the far-left, for the far-left. This isn’t leadership — it’s an abandonment of working families and a fundamental misunderstanding of what our country needs right now.