WASHINGTON, D.C.—House Republican Whip Steve Scalise (R-La.) joined Fox News Channel’s The Ingraham Angle to address the contrast between the anti-Semitism and anti-American radicalism that has been adopted and defended by House Democrats, and the focus Republicans and President Trump have on the issues that actually affect American families like our economy and security. 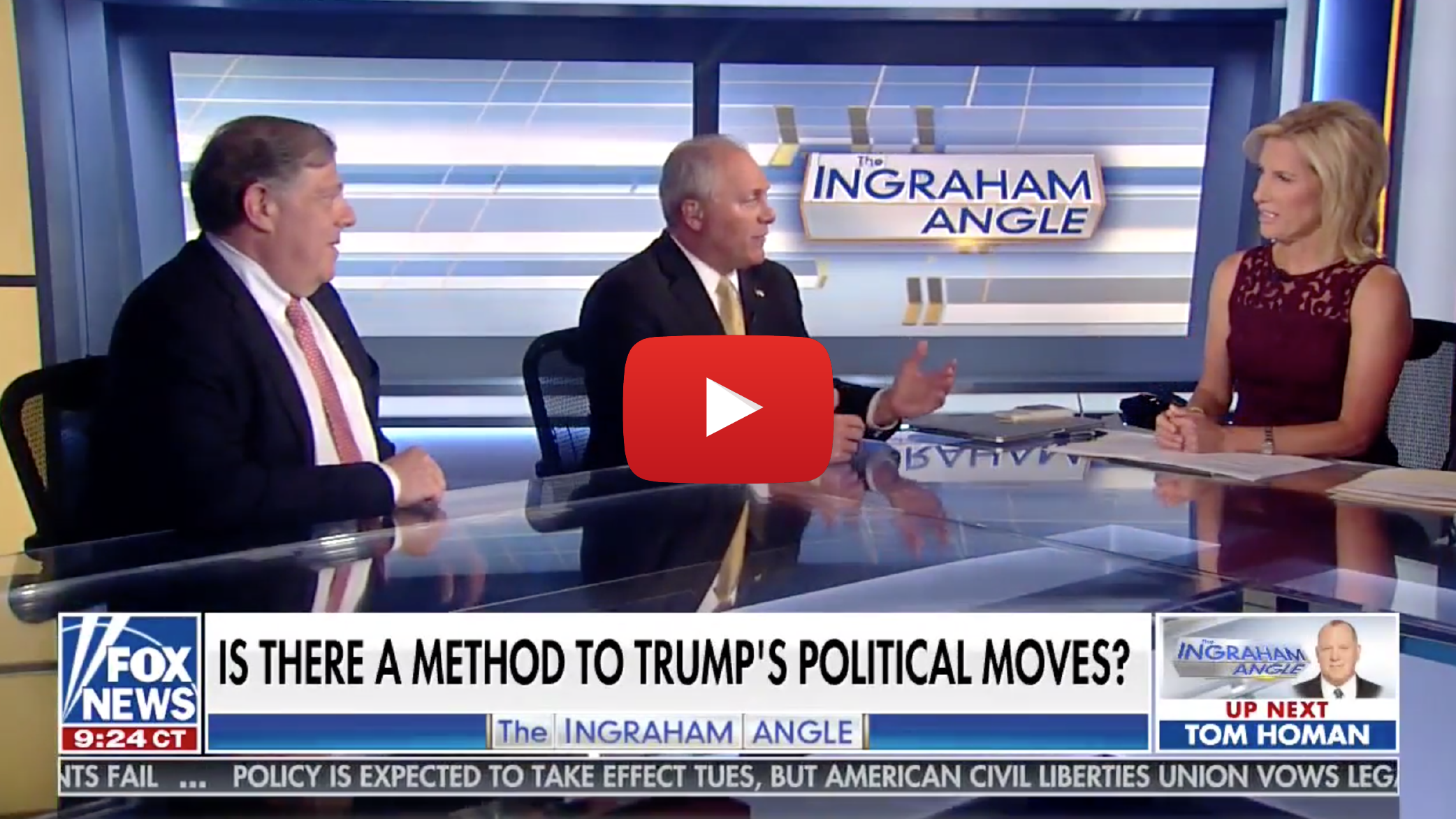 On the anti-Semitism and anti-American radicalism of House Democrat lawmakers:

“First of all, if you watched the President’s press conference today, he talked about the fact that nobody has to leave, but if you think this country is so bad—by the way, the comments that they have made, ‘the squad,’ all of them have been so anti-American, anti-Semitic, in so many different ways.

“They have made factual misstatements. I mean what they were even saying today about people that are coming across the border illegally have to drink out of toilets, that’s not happening, and they say this kind of stuff. But these are the same people—[Rep. Alexandria Ocasio-Cortez] just a few days ago was calling Nancy Pelosi a racist.”

On these radical members becoming the face of the Democrat Party:

“They are the face of the Party, and you saw this when AOC challenged Joe Biden on the Green New Deal, which is laughable. Look, in 10 years you won’t even fly on airplanes and cows don’t exist. Joe Biden was against it and then he had to be for it.