WASHINGTON, D.C.—Ahead of President Trump’s announcement of his immigration reform plan, House Republican Whip Steve Scalise (R-La.) joined Fox News Channel’s The Ingraham Angle to discuss the crisis at our southern border and what needs to be done to solve it. Whip Scalise emphasized the immigration loopholes currently being abused and the support for President Trump’s plan to implement a merit-based immigration system that restores the rule of law. 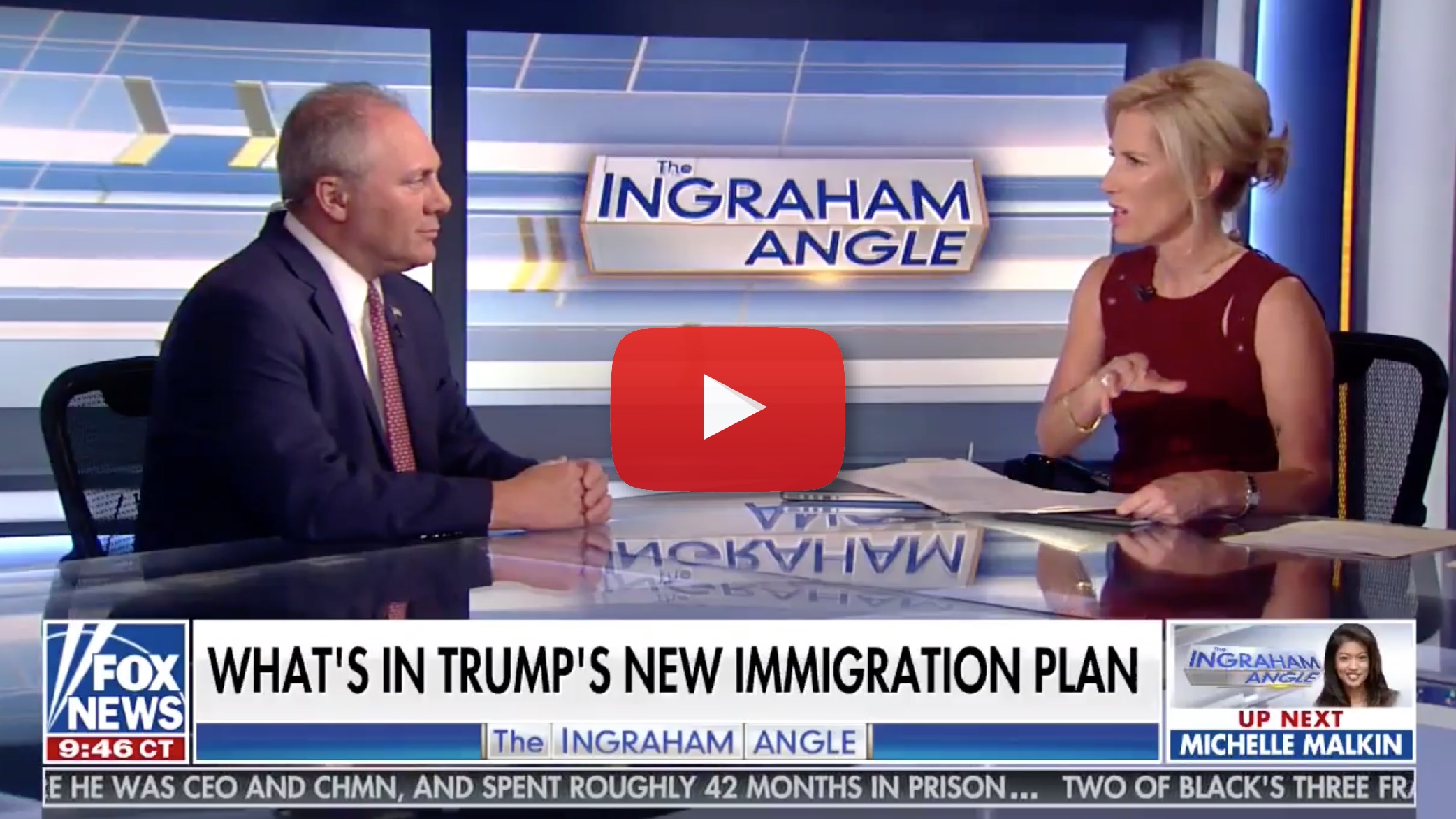 On solutions being considered to solve the border crisis:

“There is no talk of increasing the number [of immigrants]. What there is talk of is getting back to rule of law, securing the border, and going to a merit-based system. Right now, we have some of the dumbest laws on the books. If we educate somebody in America to be a computer scientist, an engineer—jobs we need in America. They want to stay in America. We force them to leave the country to compete against us, while we’ve got the visa lottery, where we literally pluck names out of a hat, in many cases from countries that don’t like us, to bring them here.

“Why don’t we flip that narrative? We have caps on different countries. So if you are coming from India you might wait 20 years. Whereas if you’re coming from Honduras you might wait six years to come here, and then like you talked about, the family tree issue. Let’s get to a merit-based system where we have rule of law, and where we ultimately get back to those basic foundational principles where you come to America to seek the American dream.”

“Democrats in Middle America are actually full for this. The Socialist Democrats here in Washington are not. And it shows the divide, not within the country, it shows the divide within their party. You have got to end catch and release. You have got to end these magnets that are forcing people to come here, the breakdowns in the asylum law. That’s gonna be some of the things that I think people are gonna be excited about.”

On the currently flawed immigration system:

“Do [CNN commentators] have any idea what they are talking about? I mean what do you tell to a person who has been waiting in line legally ten years to come to America? When you’re gonna allow somebody to just walk right in front of them because you have laws that allow them to do it. You’re literally reading a script. And you can come here illegally in place of that person that’s been waiting in line ten years.”

On national support for President Trump:

“I’ve been to a lot of states, a lot of swing states, of course I was in Louisiana with the President yesterday. The lines to see this President are unbelievable.”

“This President has stood up for the things that he promised. He is getting us back to rule of law. He has got a good immigration plan that actually gets us back to a merit-based system.”

On the Democrat’s disconnect on this issue:

“5,000 people illegally crossing a day in many cases, and the Democrats want to own that? Most of America is not with them, and most Democrats aren’t with them.”