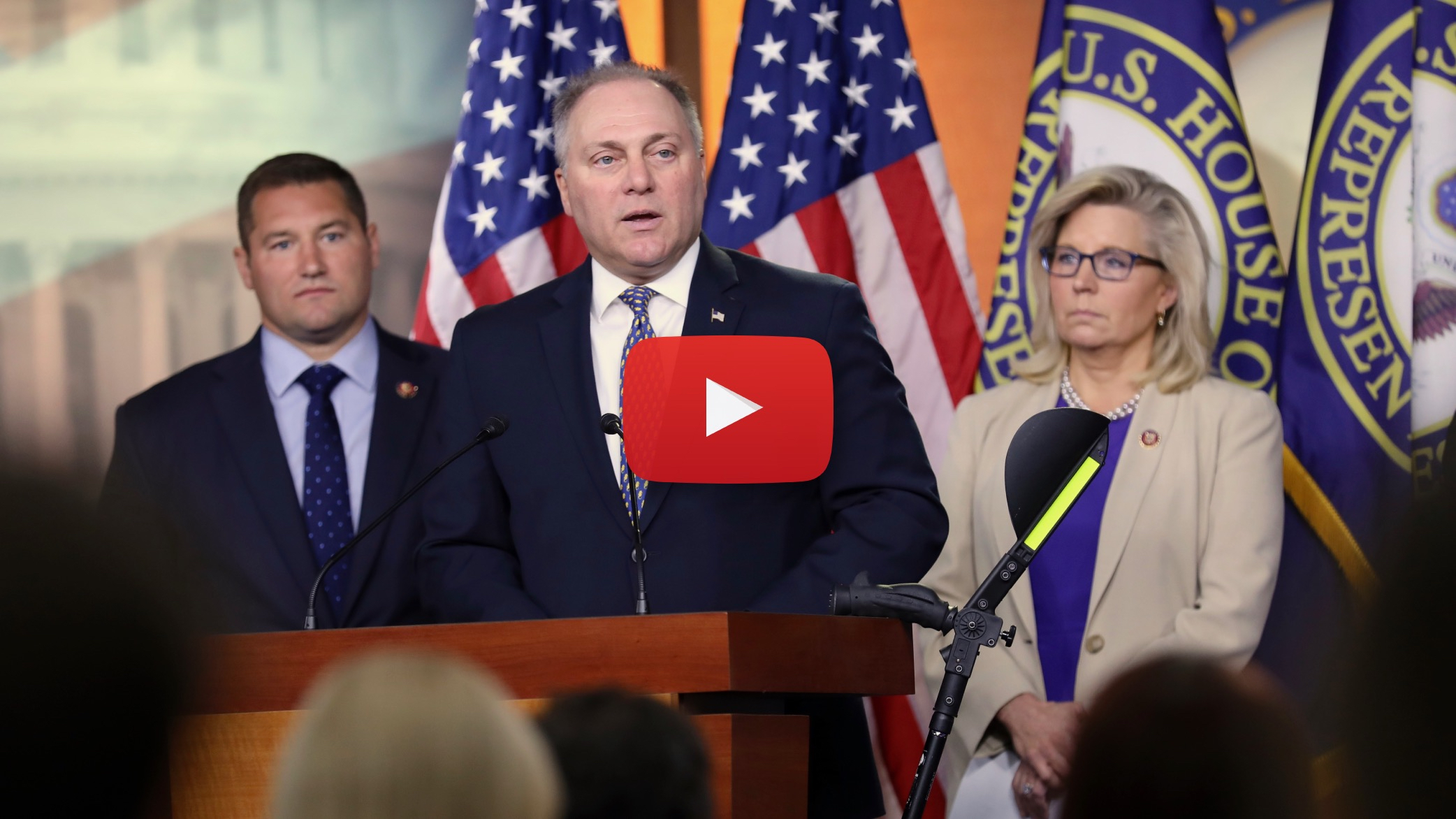 Click here or on the image above to watch his remarks.

“It’s just bizarre to see this massive drumbeat toward impeachment by Chairman Nadler. And one of the most irresponsible things I’ve seen in Congress — last week you had the chairman of a major committee in Congress say that he hopes to bring articles of impeachment to the floor of the House by the end of this year and there are absolutely no grounds for impeachment.

“The idea that [Chairman Nadler has] got articles of impeachment drafted up with blanks just waiting to be filled in and he’s on a fishing expedition using his committee, abusing the power of that committee, to try to find something. And he’s stated his objective is to impeach the President even though there still is no basis for impeachment and they themselves acknowledge that.

“I asked Majority Leader Hoyer in our colloquy last week, I said, ‘What are the actual articles of impeachment that your chairman hopes to bring to the House floor by the end of the year?’ And he couldn’t name one. And yet, he’s still allowing the chairman of the committee to meander around and abuse the power of that committee to harass and hound the President, friends of the President, former associates of the President with no basis at all.”

On the New York Times’ shameless mistreatment of Justice Kavanaugh:

“Of course, over the weekend you saw the New York Times try to do another hit piece on Justice Kavanaugh, and before the article was even filed you had presidential candidates on the Democrat side calling for the impeachment of a sitting Supreme Court Justice. And quickly, before the ink could dry on the pagers of the New York Times, you saw them walking it back.

“What accountability will be held to the editors who allowed such an irresponsible article to be written?”

On USMCA’s potential to boost our economy:

“Again, the American people are watching this in disgust, wondering why the Democrats got this majority and are wasting it away, instead of bringing something really important for the people of this country, for the workers of this country? Like USMCA. Which could be the law of the land.

“We could have over 100,000 new jobs in America with better trade deals with our southern and northern neighbors in Canada and Mexico. That could be law today. But Pelosi won’t bring that to the floor because she’s spending so much time on impeachment, enabling this fantasy they have that’s completely baseless.

“In the meantime, we’re going to continue doing our job, promoting alternatives, building a coalition. I had a good meeting last week with my Whip Team on USMCA to be ready to put together the votes to pass it once it’s finally scheduled for a floor vote, if it’s finally scheduled. And it ought to be scheduled for a floor vote. Frankly, it ought to be scheduled by the end of this month, and it would pass Congress. Again, America would have better trade relationships with our friends from the north and south, Canada and Mexico, who both want this to happen.

“And that bill will come to the floor and pass if 15 more Democrats sign it, so I want to commend both of them and congratulate, of course, for being sworn in.”

On the GOP’s focus on delivering results for working families:

“We’re going to keep doing our work as Nancy Pelosi is focused on this bizarre concept of winning campaigns that results in a lost election — I’m not really sure what that means but I’m more than happy to encourage her to keep focusing on that, while we focus on delivering results for families.

“And ultimately winning this majority back, so we can actually do real things with it that matters to families as opposed to wasting it all on this witch-hunt impeachment hoax that they continue to go down.”