Whip Scalise emphasized the need to hold everyone involved in the baseless inquisition against President Trump fully accountable, including House Intelligence Committee Chairman Adam Schiff who is guilty of spreading false information during his impeachment hoax. 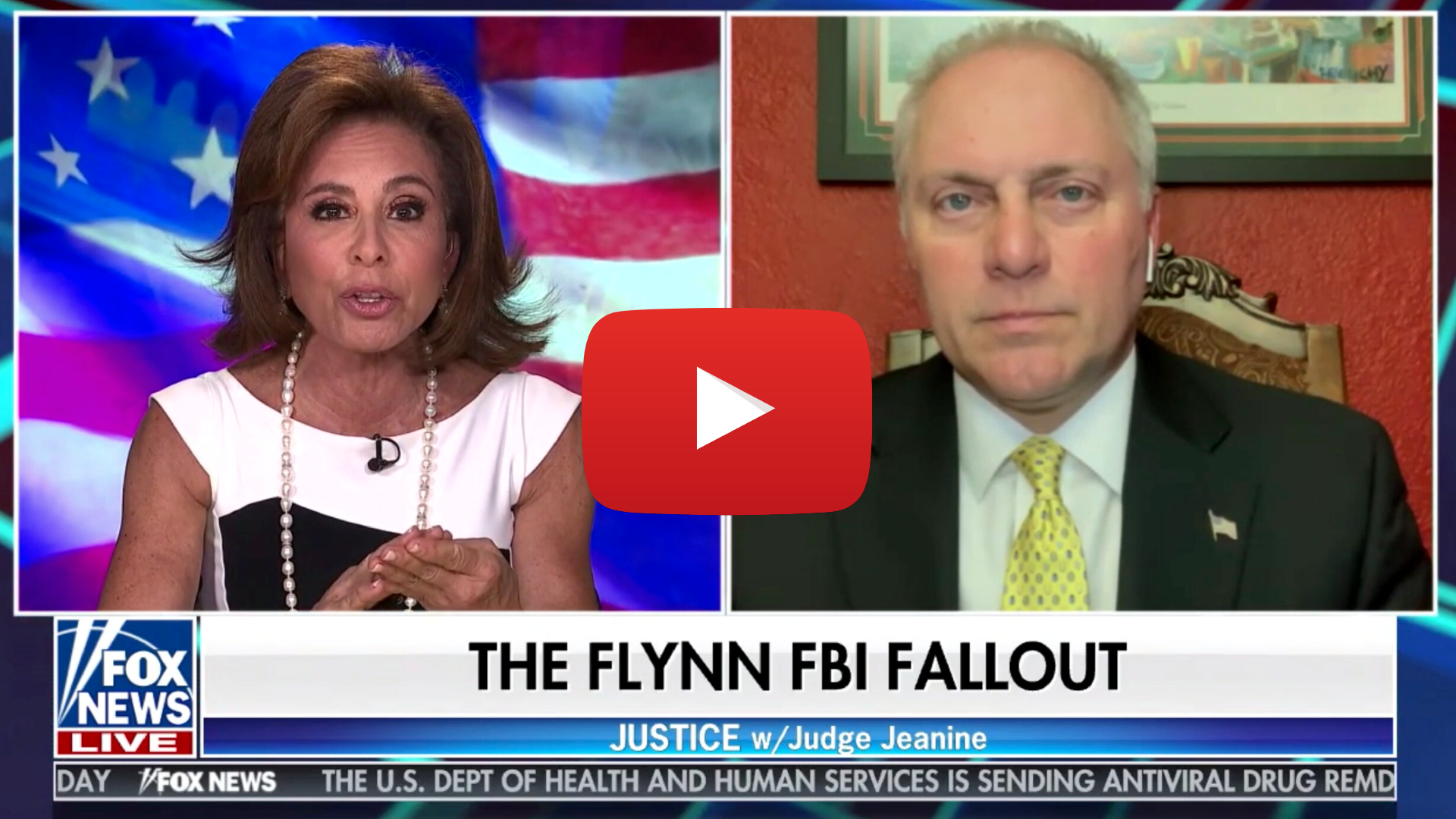 On the Department of Justice’s decision to drop the phony case against General Flynn:

“It’s been disgusting as all this has come out. It’s a vindication for people like General Flynn, but also for so many of us who have been calling out on the Justice Department to hold people accountable, to go to the head of the snake. How far it goes, we still don’t know the full amount. I mean obviously, Barack Obama has serious questions, Joe Biden has serious questions to answer, but you can recall Devin Nunes saying this years ago, Jim Jordan saying this years ago, and you know, you had Adam Schiff out there spreading all this false information. In fact, new reports are just coming out that some of the information he said publicly was the Russian disinformation, the stuff Russia was trying to do to interfere with our elections. You know, and so, they talked about not letting Russia interfere with the elections – Adam Schiff himself was spreading that false information, and then they used it as the basis, the whole hoax, the witch hunt that was the impeachment trial of President Trump. And so, all of its coming to a head. There are some dirty cops that have been outed, I want to see the whole thing investigated.”

On holding everyone involved in the FBI’s abuse of power against President Trump and General Flynn fully accountable:

“Number one, getting the facts out is what the first thing that we can do is, make sure that the Justice Department sees all of this, and they do by the way, the fact that [Attorney General Barr] dropped the case against Flynn shows. And oh, by the way, the Durham report turned in, as you know, to a criminal investigation. I want to see it sped up, I’ve sure been vocal about that because justice has to be served and not, you know, next November. There’s an election coming up and the American people have a lot of decisions to make. All of this ought to be factored in to what they decide to see, some of the dirty stuff that went on, all the way up possibly to President Obama at the time, and Joe Biden when he was Vice President. I’d surely like to see the media that, you know, that loves asking him all these softball questions – ask him what he knew and when he knew about this scandal. The scandal is getting worse. Look, the American people are going to demand answers for this when they make a decision in November.”

“Keep in mind, Nancy Pelosi gives Adam Schiff his gavel. And so, in November in every Democrat election across the country, the question is going to be asked, who are you going to vote for for Speaker? Because if you’re voting for Pelosi, you’re voting to keep Adam Schiff as the Chairman of the [House Intelligence Committee]. That will be a factor in November.”