WASHINGTON, D.C.—House Republican Whip Steve Scalise (R-La.) joined fellow Republican leaders to highlight the benefits Americans will feel as soon as the USMCA trade agreement is approved by Congress, like new job and economic opportunities, and encouraged Democrats to swiftly move it to the Floor. He then called on Democrats to join Republicans in standing against the harmful Boycott, Divestment, and Sanctions (BDS) Movement, which seeks to undermine our ally Israel, by signing the discharge petition Republicans filed last week. He concluded with warning of the dangerous so-called Medicare for All bill the Democrats are proposing to replace our health care system. 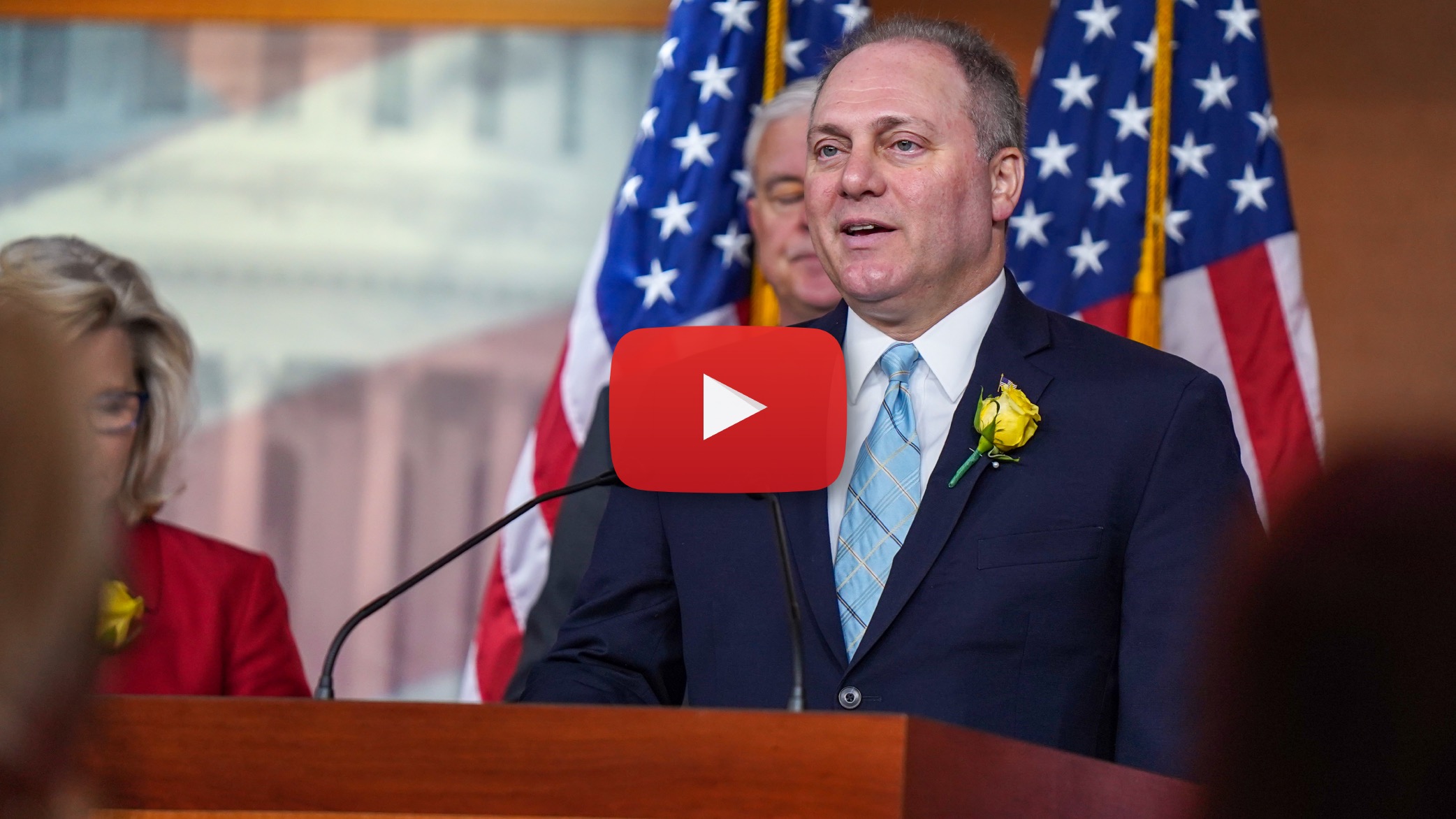 Click here or on the image above to watch the remarks.
On the need for Congress to approve USMCA:

“Today, we’re also working on a number of things that are important to the future of our country. We’re continuing to push to get a vote on USMCA. This new trade deal that President Trump helped negotiate with Mexico and Canada to give better opportunities for American workers, more protections for intellectual property, things that will help grow our economy, while also helping Canada and Mexico grow theirs.

“Over the past few days you saw an important step take place. … Friday, President Trump moved to drop the tariffs against steel and aluminum. In exchange, you saw Canada drop some of the provisions that were making it harder for American farmers to sell their goods to Canada… Real acts of good faith to show even more importantly why we need to get USMCA passed and how delay is actually hurting jobs in America.

“Hopefully, we can get action in the House where we can finally get a date to bring that bill to the House floor, pass USMCA, and usher in a new era of job creation in America. Where we can have better trading relationships with our neighbors in the North and South. That is something we will continue to work on.”

On efforts to stand against the anti-Israel BDS Movement:

“I echo the comments of our Conference Chairwoman when we talk about the need to stand up to the BDS movement. We, on the Republican side in our Conference, have taken strong steps to push to get Chairman McCaul’s bill brought to the floor. It’s a bill that mirrors the Senate bill that got 77 votes, a heavily bipartisan vote, to get real teeth in our laws.

“Right now, you can talk about why it’s important to stand up to the BDS movement that undermines Israel’s economy, but you’ve got to follow it up with action. That’s what the McCaul bill does. It puts real teeth in the law so that we can take action against people who are trying to undermine our ally Israel.

“We’re urging this bill be brought to the floor. We’re calling on other Democrats who support this movement to push their leaders to bring the bill to the floor. If [Democrat leadership] won’t, and so far they’ve made a conscious decision not to bring that bill to the floor, then if you are serious about standing up against the BDS movement you have to sign that discharge petition. It’s there with over 185 signatures now.

On House Budget Committee’s hearing tomorrow on ‘Medicare for All:’

“We’re going to be continuing to push on all of those fronts. As Chairman Womack moves to show how this idea of ‘Medicare for All’ is really a radical idea that would take away private health insurance for over 150 million Americans. Take away choices from families leading to longer wait times and higher costs for families in health care.

“The Democrats’ idea of literally socializing the health care system and taking away choices for families is a bad idea. I’m glad that we’re going to be able to highlight it in that hearing tomorrow and hopefully we can show Americans that there is a better way. We have a plan to lower premiums for families while protecting people with pre-existing conditions.”